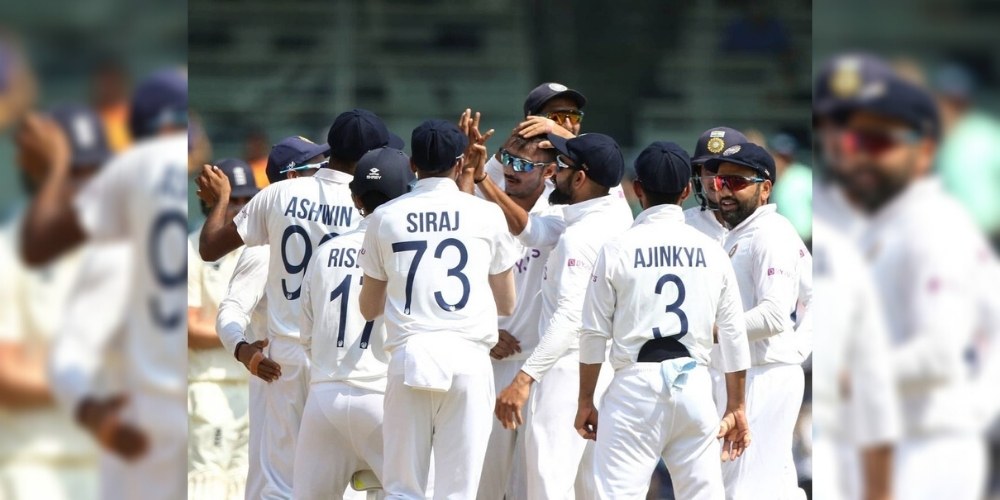 BCCI announced the squad for the last two tests against England on Wednesday. India have continued with the same squad that was picked for the first two matches of the four-match series; except for one change.

Pacer Shardul Thakur was released from the team and received permission to participate in the upcoming edition of the Vijay Hazare Trophy. In a statement to the media, BCCI also mentioned that Umesh Yadav would join the team for the last two matches in Ahmedabad and replace Shardul in the team following an assessment by the board's medical team.

BCCI said in a statement, "Umesh Yadav will join the team in Ahmedabad and after his fitness assessment will replace Shardul Thakur, who will be released for Vijay Hazare Trophy."

India lost the first test by 227 runs but proved their mettle in the second test to level the series 1-1 with a comfortable 317-run win over England at the Chepauk.

Reserve players Shahbaz Nadeem, Priyank Panchal and Abhimanyu Easwaran have also been released to participate in the upcoming domestic tournament.

KS Bharat and Rahul Chahar are two reserve players who are assigned in case of any injury.