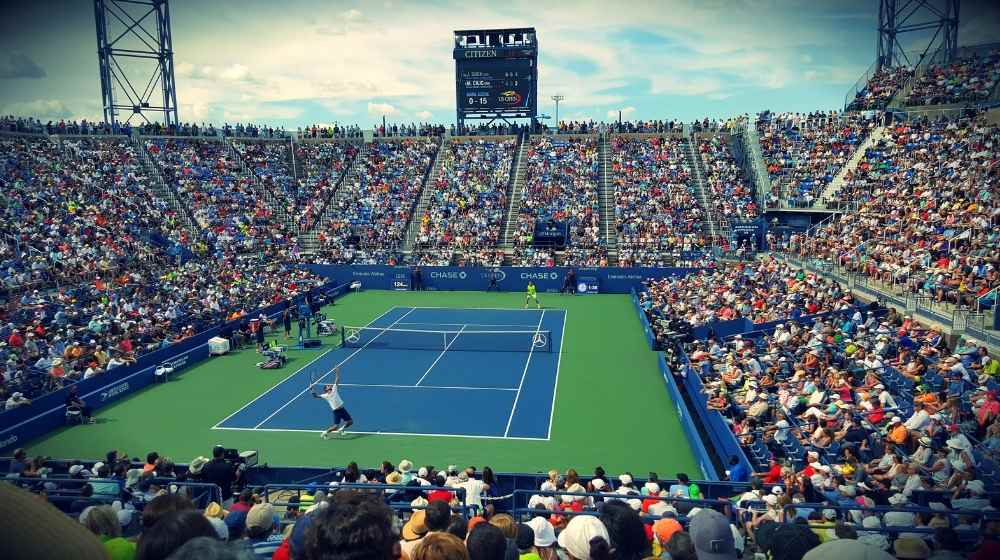 The Australian Open was plunged into chaos on Friday after a five-day lockdown was imposed in Melbourne, where fans were banned and players to compete in a biosecure bubble.

Authorities fear that Victoria's state is on the verge of a third wave of Covid-19, where the city's five million residents have been ordered to stay at home from midnight, leaving a limited number of permitted essential activities.

State Premier Daniel Andrews said the tennis court in Melbourne Park would be considered a "worksite" that could continue to operate with limited staff.

But spectators who were admitted for the first five days in limited numbers will no longer be admitted as of Saturday, and players who wish to continue must follow strict new rules.

Craig Tiley, the tournament chief said, "Play will continue, the players will compete in a bubble form. Those who will be allowed on site will be the players only and their support teams, as well as staff members who will be unable to do their work from home. Those who are essential for the delivery of the event will be on site."

The game started already on the fifth day in front of the fans when the lockdown was announced.

23-time Grand Slam champion Serena Williams who advanced into the 4th round after a win over Anastasia Potapova, said "I didn't know at all until the match was over. I think it's good that I didn't know. It's going to be a rough few days for I think for everyone, but we'll hopefully get through it."

Spain's Garbine Muguruza, who easily defeated Kazakhstan's Zarina Diyas, said, "We are happy that we can continue the tournament. Of course, I'm sad that the crowd will not be there for the next few days. Hopefully, after we have it again."