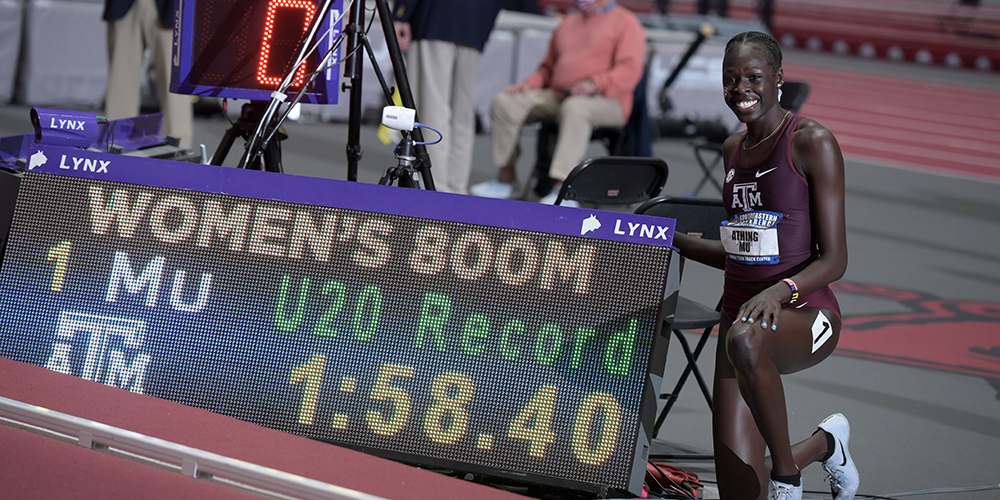 Athing Mu continues the winning streak by breaking another world record at the SEC Indoor Championships. The championship was held at the University of Arkansas in Fayetteville, Arkansas, where Athing Mu obliterated the Collegiate Indoor record in the women category of 800 meters.

Earlier this year, Mu broke the 40-years-old collegiate world record in the 600 meters category by completing the race in 1:25 seconds at the Texas Aggie Invitational. In another sporting event, the Charlie Thomas Invitational, she finished 400 meters race in 50.52 secs. And now, within the end of the second month of 2021, she has reshuffled the world record in the 800m women category by running the same in 1:58.40 seconds.

Athing Mu’s record of 1:58.40 seconds is 2 seconds faster than the previous records of 2:00.69 secs set by Aggie alum Jazmine Fray in 2017. Adding feathers to her cap, Mu has also broken the U20 record during the SEC Indoor Championships.