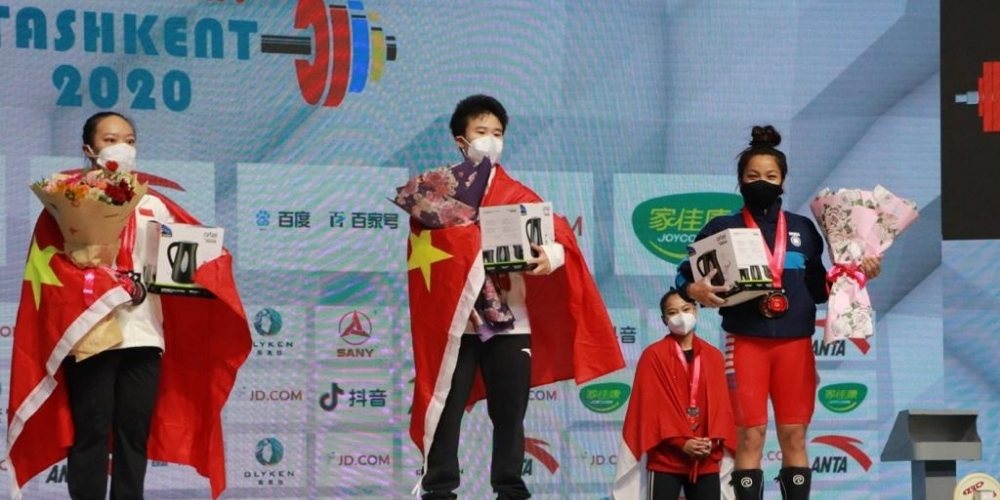 Indian weightlifter Mirabai Chanu set the right tone ahead of the Tokyo Olympics with a bronze medal at the Asian Championships in Tashkent, Uzbekistan. Former World Champion set a new world record in the 'Clean and Jerk' category and also improved her national record by finishing the podium in the challenging conditions.

Mirabai Chanu lifted 86 kg in the snatch and set a world record of 119 kg in the clean and jerk category for a total of 205 kg. She has also confirmed her spot in the Tokyo Olympics as she has already competed in six compulsory qualifying events.

The gold medal went to Hou Zhihui from China, who set a new world record in snatch and total weight with an effort of 213 kg (96 g + 117 kg), while her compatriot Jiang Huihua settled for silver, lifted 207 kg (89 kg + 118 kg ) at in the gold level Olympic qualifiers.

Chanu has a shaky start as she failed to lift 85kg in her first two snatch attempts. The clumsy Manipuri then lifted 86 kg in her last attempt. However, she finished fourth-best behind Zhihui (96kg), Huihua (89kg) and Aisah Windy Cantika (87kg) from Indonesia.

Chanu started the clean and jerk with 113 kg and then successfully lifted 117 kg, setting her personal best. The Indian then improved her performance, lifting 119 kg, which is more than double her own weight.

In her first international competition in more than a year, #TOPSAthlete @mirabai_chanu ️‍️ wins in Women’s 49 Kg weightlifting at the Asian Championships with a new #NationalRecord of 205 kg. Her clean and jerk lift of 119 kg is a new #WorldRecord.
We are proud of you Mira! pic.twitter.com/MKmGPyvRPR