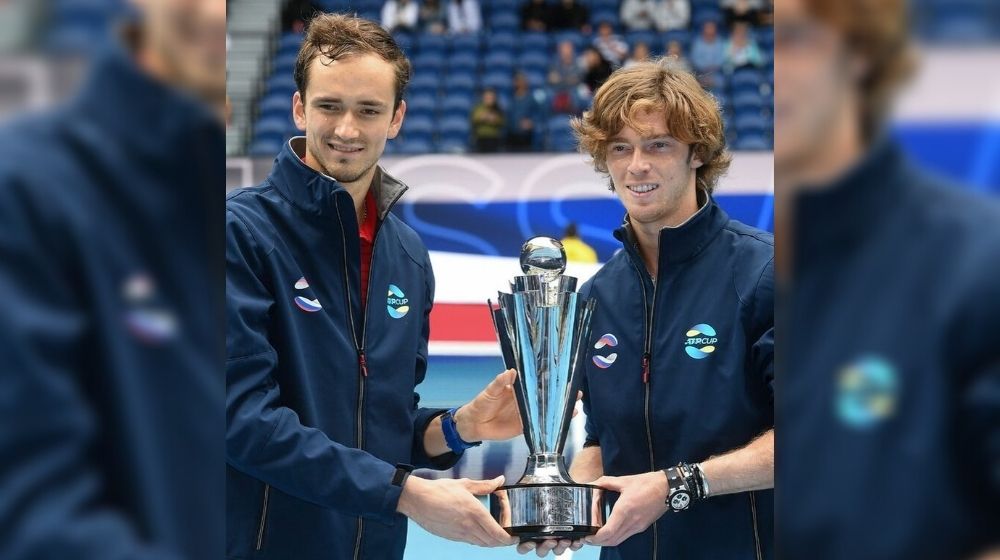 Top-ranked Ash Barty grabbed her first championship point against Garbine Muguruza at the Yarra Valley Classic as the Australian Open’s warm-up tournaments culminated ahead of the year’s first major tournament, while Daniil Medvedev took the ATP Cup title for Russia on Sunday.

After strenuous preparations, which included 14 days of quarantine under strict COVID-19 pandemic regulations for the roughly 1,200 players, coaches and staff who flew into the Australian Open, the warm-up week was limited to five finals and two semi-finals.

Barty bagged her 2nd WTA on home soil just over a year after her first with a 7-6 (3), 6-4 victory over sixth-seeded Muguruza.

The bottom half of the Australian Open women’s draw will be played today, featuring Serena Williams, Naomi Osaka and Simona Halep. While the top half of the men’s draw also set for today, with Novak Djokovic, Jeremy Chardy, Dominic Thiem and Mikhail Kukushkin.

Daniil Medvedev ended 2020 hotter than any other ATP Tour participant, so it’s fitting that he started 2021 by winning the ATP Cup for Russia on Sunday. The World No. 4 beats Italy’s Matteo Berrettini 6-4, 6-2 and completed an almost perfect performance for his country in singles, shortly after Andrey Rublev defeated Fabio Fognini 6-1, 6-2 in the No. 2 singles match.

Russia didn’t lose a singles match in either the group stage or the playoffs and is the 2nd team to win the ATP Cup after Novak Djokovic led Serbia to its first title last year.