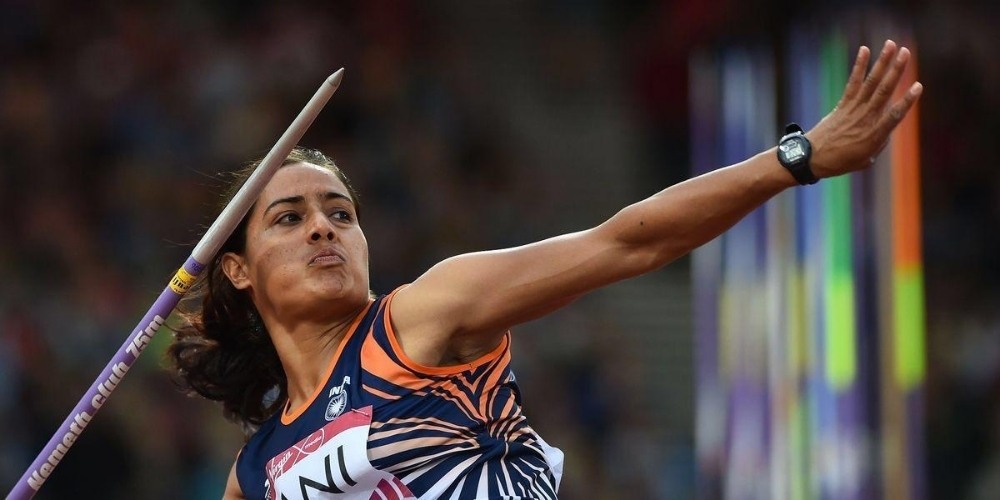 Asian medalist Annu Rani improved her own competition record on Monday with a 63.24-meter throw in the women's javelin throw meet but fell short of the Tokyo Olympic's 64-meter qualification mark on the first day of the Senior National Federation Cup of athletics.

The gold was conveniently claimed, but Rani still feels the need to "work on her technique" to increase the distance to get her ticket to Tokyo. And she is sure of it as she said, "This is just another national record; I will soon break it again and eventually qualify for the Games".

"It's a step-by-step process, and nothing happens overnight. In the last year or so, I have worked a lot on my technique, and there are still many areas that need to be improved," she added.

Many congratulations to #TOPSAthlete #AnnuRani for setting a new national record of 63.24m in the women’s javelin throw at the Federation Cup in Patiala. She surpassed her own previous record of 62.43m set in 2019.
*Subject to ratification pic.twitter.com/1EDvh9JLP8

Sanjana Choudhary from Rajasthan was second with 54.55 meters throw, while Kumari Sharmila from Haryana was third with 50.78 meters.

However, average performance was seen in the women's pole vault and shot put final.

In the pole vault, the first was Rosy Paulraj from Tamil Nadu, with a height of 3.90 meters. The Olympic qualification mark is - 4.70 meters.

Pavithra Venkatesh from Tamil Nadu was second, passing the bar at 3.80 meters, while Mariya Jaison from Kerala was third at 3.70 meters height.

In the shot put, Uttar Pradesh's Kiran Baliyan posted 16.45 meters and won the gold, but far from the Olympic qualifying mark of 18.50 meters.

Manpreet Kaur from Punjab was second with a throw of 15.65 meters. The third was Sonal Goyal from Delhi, with a distance of 15.09 meters.

In the men's 100m semifinal, Gurindervir Singh from Punjab became the fastest runner with a time of 10.30 seconds. In second place was Telegana's Amlan Borgohain with a time of 10.44 seconds, and they both reached the finals.