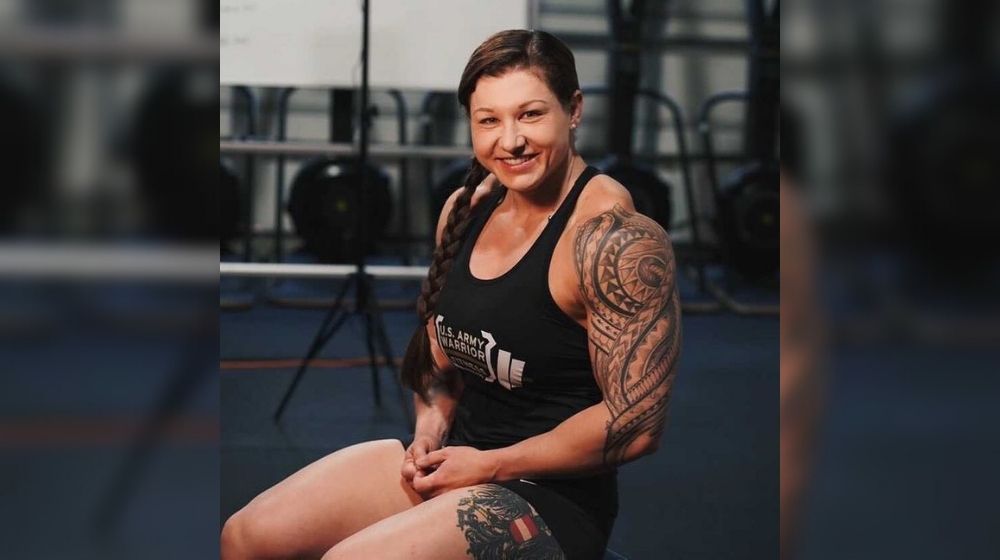 US Army Staff Sergeant Gabriele Burgholzer made a new world record for Women’s Middleweight of 194 pounds in the Mouser Block event at the Mammoth Strength Challenge V ProAm on Saturday.

Burgholzer said “It’s amazing, everybody’s cheering you on, even if they’re competing against you. The strongman community is a very tight group, and you could almost say it’s like a family. I knew that I would set it and didn’t think it would be as high as it ended up being. I think about how proud I want to make them at that moment, and then I go for it,”

The mouser block is a box full of weights that the competitors must press on their heads. Burgholzer had three attempts in total, with the ability to choose her own weight, she successfully shattered the record on her first attempt, lifting 179.6 pounds. Burgholzer followed up with competitive attempts of 189.9 and then 194.

Major George Fruth said, “It’s phenomenal to see somebody put in all the time and effort and hard work and just see them crush the previous record.”

She is a member of the Army Warrior Fitness Team and is the only female Strongman rival on the team. For her, setting her world record is more than just a personal achievement.

“I think it’s not just for me but for women in strength sports in general to show the world we are also strong, Men have started the sport, we are slowly making our way into the sport. With us being out there and setting world records, I’m hoping to encourage other females to come into the sport and make it bigger than it is now. The second one I struggled a little bit with the weight and then went up [to 194], and it went up so smoothly. There’s always a next time,” she added.