2020: An Exciting Year for Sports Lovers 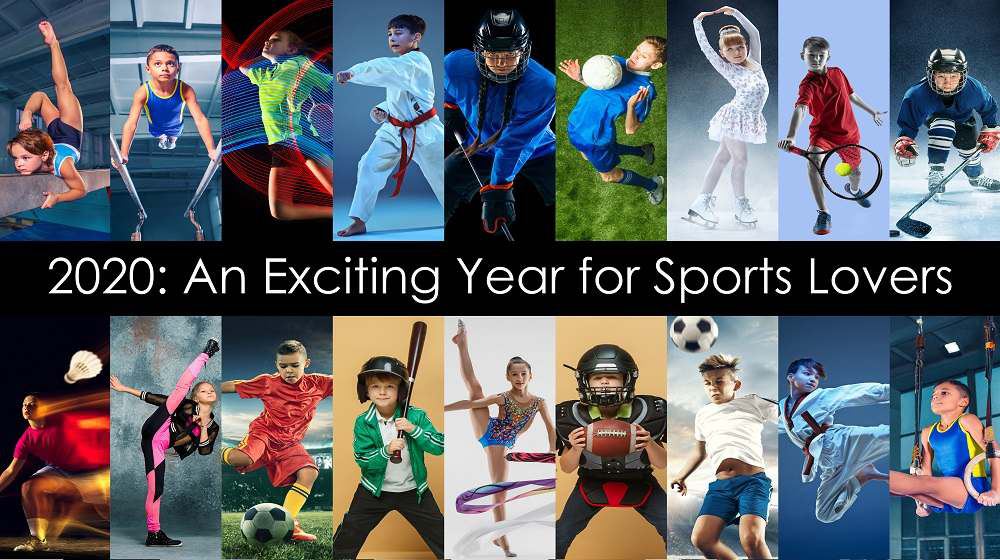 We are in 2020, and if we look this year from the perception of sports, then it is significant, as the Olympic Games are going to be held in Tokyo this year. Apart from this Largest Sports Mela, this year is also going to be exciting for cricket fans, because the men and women T20 World Cup are also to be organized this year. Other than this, the third edition of the Youth Winter Games is to be held in Lausanne, and the most prestigious European Football Championship in Europe is also scheduled. Talking about South American football, this year is also the turn for the Copa Libertadores de América.

The Indian team will get to save their title at the U19 Cricket World Cup in South Africa this year, and there is no doubt that this year will also be very fruitful for the country as at the end of the year, India will host the FIFA Under-17 Women's World Cup. As a host, India has a chance to participate in this tournament, and it is expected that India will be a great host and will also perform well in this tournament.

The year will begin with a significant tournament in tennis - the ATP Cup. This tournament, being held for the first time, will take place in Australia from 3rd to 12th January. This is a new tournament in the men's tennis season. The decision of the 24 participants will be based on rankings mainly. This hardcourt tournament will be held in places like Perth & Brisbane in Australia, but the final will be played in Sydney.

From 20th January to 2nd February, the first Grand Slam Australian Open of the year will be held in Melbourne.

Australia will host the Women's T20 World Cup, which will begin from 21st February and will end on 8th March.

The World Athletics Indoor Championship will be held from 13th to 15th March in the Chinese city of Nanjing.

World Snooker Championship will take place in England from 18th April to 4th May.

The second Grand Slam French Open of the year is scheduled to be organized in May.

All the teams of Europe will gear up for the European Cup. This most prestigious tournament of European Football will take place from 12th June to 12th of July. The unique thing is that this year, it will be held in 12 different locations in Europe and the final will be played in London.

Copa America, the most prestigious football tournament in South America, will also take place this year. Argentina and Colombia have got joint hosting of this tournament. It is one of the oldest soccer tournaments in the world.

NBA Finals and Wimbledon in London

There will be NBA Finals in June while the third Grand Slam of the year - Wimbledon will be played in London in June itself.

This year, the Summer Olympics are going to be organized in Tokyo from 24th July to 9th August. Tokyo is hosting the mega event for the second time. It will be the biggest sporting event & "The largest Sports Mela" of this year.

These games will be held in Tokyo only after the end of the Olympics. The event is to be held from 25th August to 6th September.

The fourth Grand Slam US Open of the year will be organized in New York from 31st August to 13th September.

Two events are vital for India this year. First Tokyo Olympics, and second T20 World Cup. This year, T20 World Cup will be organized in Australia from 18th October to 15th November. India will face South Africa in the first match, which will take place in Perth on 24th October.

Davis Cup World Group qualifiers will also be played this year. Legendary player Leander Paes from the Indian team has already said that this will be his last year professionally; in this regard, activities on the tennis court are important.

End of 2020 is dedicated to India's prestige, as from November 2nd to 21st, India will host the FIFA U-17 Women's World Cup. It's not the first time that India is hosting any FIFA tournament. Earlier in 2017, India has hosted the U-17 Men's World Cup, which was a complete success.

Finally, there is no doubt that 2020 is an important year for the world of sports. It will be exhilarating to see how many old records will be broken this year and how many new records will be made.