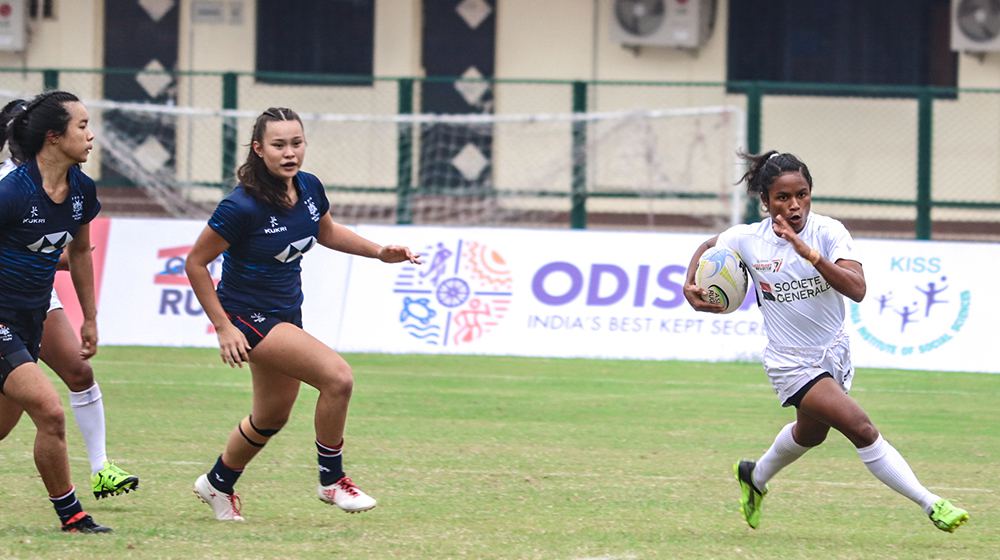 Scrumqueens wrote on its website about why Sweety was chosen as the winner of the title - "All of our nominees made a major impact on the game having started their careers at clubs or schools but only one began after forming her own team. She impressed from the start but it was this year that she started making a big impact scene in Asia at both sevens and fifteens. Described by Asia Rugby as the continent's fastest player, her explosive pace and power has resulted in her top scoring at most of India’s sevens tournaments, as well as scoring two outstanding tries their first ever test match win against Singapore."

Here are all the Scrumqueens winners:

International Young Player of the Year:

The International Young Player category resulted in some of the most unique nominations, with more than a dozen names submitted from more than ten different countries. All of their nominees had a significant impact on the game after having started their careers in clubs or schools, but only one began after forming her team. From Bihar, Sweety was an athlete without knowledge of rugby until the secretary of the state rugby association saw her at an athletic meeting and suggested her to try rugby. When only 14 years old, she discovered everything she could about the game, created and organized a team and entered the state championship. In three years, she was in the U17 national team, and last year in the senior national team. She impressed from the beginning, but it was this year that she began to make an excellent impact in Asia, both in seven and fifteen years. Described by Asia Rugby as the fastest player of the continent, her explosive pace and power have resulted in her best score in most of India's sevens tournaments, as well as scoring two outstanding attempts in their first victory in a test match against Singapore.

Women's XV Player of the Year:

Women's XV Team of the Year:

Women's Sevens Player of the Year:

Women's Sevens Team of the Year: