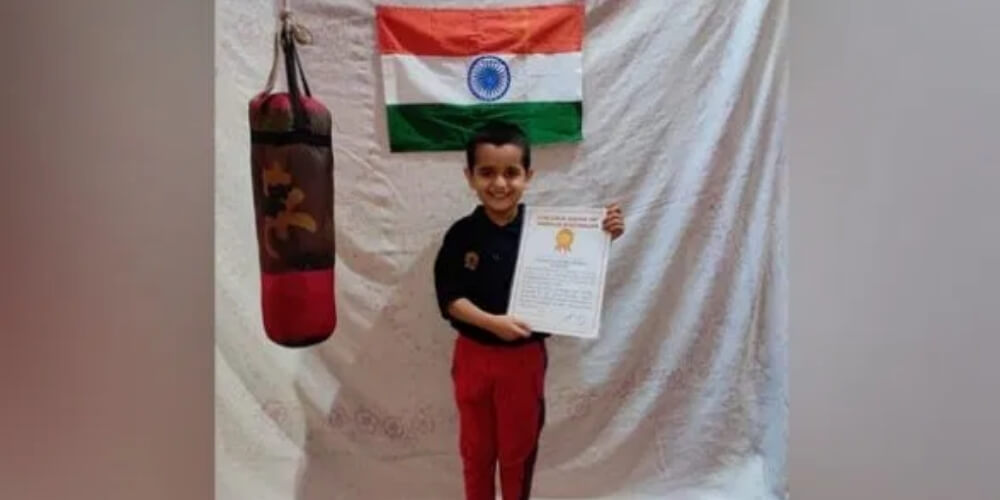 If you had to guess who is the world record holder for the "fastest hundred boxing punches," many would choose names like Floyd Mayweather Jr., Manny Pacquiao, Oscar de la Hoya, Richard Garcia or Mike Tyson.

But that record belongs to a five-year-old Indian kid, Arindam Gaur, who set the world record for 'The Hundred Fastest Boxing Punches'.

On May 30, Arindam (5 years, 05 months and 08 days) took thirteen seconds and seven deciseconds (13s:07ds) to complete a hundred boxing punches to set the world record.

Arindam stated to ANI: "I love boxing a lot, and I aim to become a big boxer. So I train for three hours a day, morning and evening sessions. I study in class 1st, and my favourite boxer is Vijender Singh and Mary Kom. So I want to give my best wishes to Mary Kom ma'am for the Olympics".

Arun said: "I brought a punching bag for my son (Arindam) on his 5th birthday as several times he had asked me to get a punching bag. I don't know from where he came to know about it, but he kept asking me for a bag and slowly, he started practising on his own".