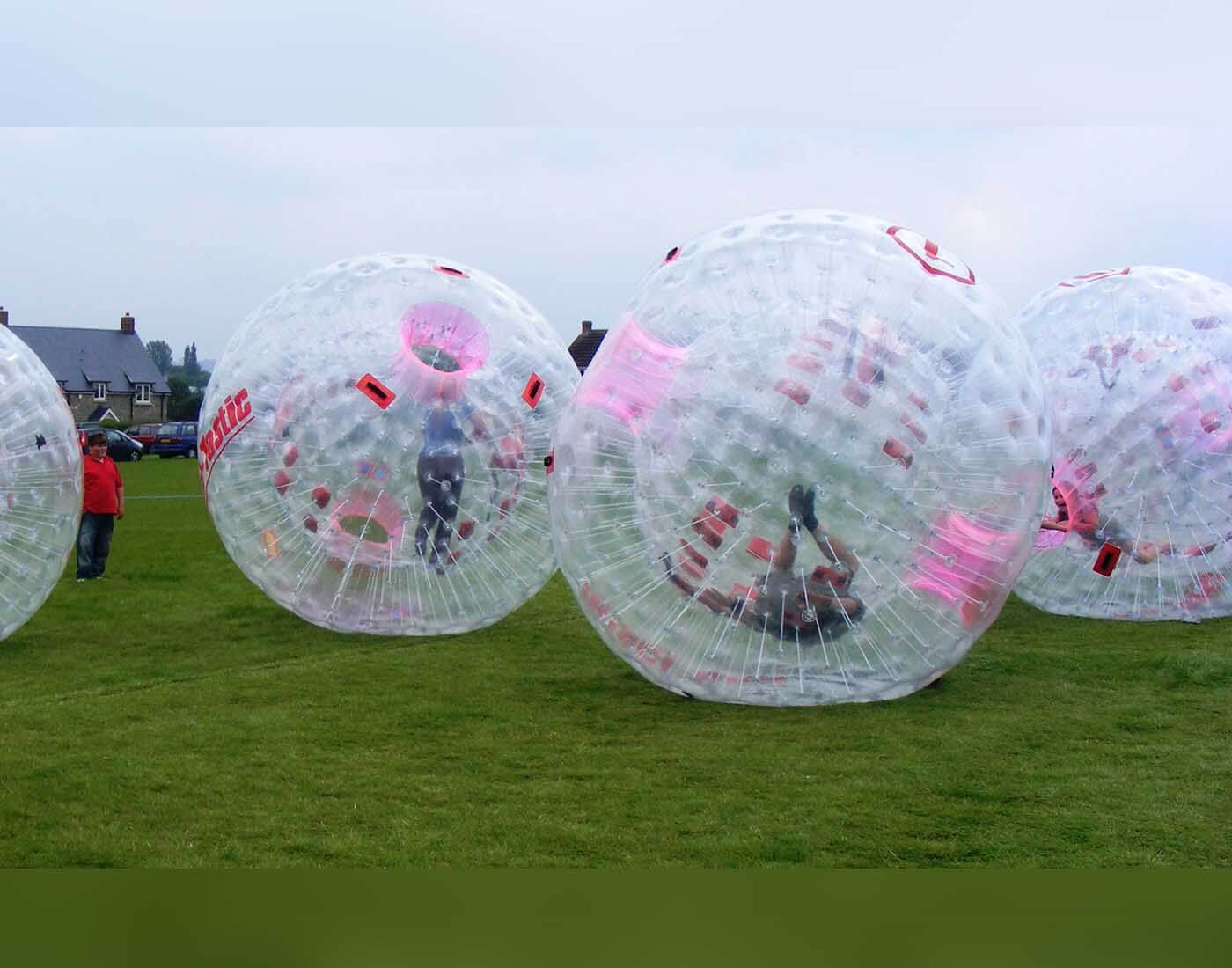 Zorbing is an extremely adventurous sport in which participants roll inside a zorb. It is usually practised on a slope or a levelled surface. The events can be conducted on ramps, made of wood or metal. Zorbing is popular in theme parks where it is carried out on a water surface. The participants fit themselves inside a sealed orb and then start zorbing.

The zorbing ball is made from two separate transparent flexible plastic layers that are connected by a hundred pieces of ropes, facilitating proper turning and rolling of the ball. The size of zorbs is bigger than the beach ball, and can easily be rolled downwards on a grassy or inclined surface with a rider zipped inside.

The prime aim of the sport is to be an adventurous and recreational activity where any person of any age can participate. The participants are zippered inside an inflatable bubble or a zorb ball.

The zorb ball can be placed on a hill and allowed to roll downwards. The participants try to contrive themselves inside the bubble to reach the finish line as fast as possible.

The history of zorbing holds its date back when hamster balls were invented in the 1970s. The balls were traditionally made for small rodent pets. Although the first instance of zorbing ball was recorded in the 1980s when the Dangerous Sports Club constructed a hollow sphere of 23 meters with a space of placing two chairs inside it.

Since 1990, the human spheres have been exhibited in mass media, when the Gladiators event "Atlaspheres" was first aired.

The actual sport of zorbing was developed around the mid-1990s. The new idea was presented by David Akers and Andrew Akers in Rotorua, New Zealand. The sport got an instant green flag and was widely popularized.

In 1991, Jackie Chan starred film Armour of God II: Operation Condor featured a stunt scene using a flexible plastic orb similar to a zorb ball. The zorb balls soon became the most demanding sport in the world of adventurers. In 1994, Zorb Limited was founded in New Zealand to commercialize zorb spheres.

The prime aim of Zorb Limited was to popularize the game by selling more activity balls. Today, it is popularly performed in various countries. The Hill riding events are much popular and commonly performed in New Zealand, United Kingdom, Canada, Phuket etc.

In recent years, a lot of injuries have questioned the existence of the game. In 2009, a person died with another one severely injured when their zorbs went out of track in the Czech Republic. After repetitive deadly incidents, the Russian authorities introduced safety laws for the sport in 2013.

Here, the participants are placed in a zorbing ball and have to ride down to the bottom from a high hill at a higher speed. This is the dry version of water zorbing.,

In the water bubble zorbing, the participants are fit inside a zorb ball and try to cover the distance up to the finish line on a water surface.

It is a team sport in which the players are stacked inside a zorb ball, covering up their upper half of the body. The players have to place the football into the goalposts of their opponent team. It is also known as Bubble Bump Football or Bubble Football.

The prime aim of the sport is to be an adventurous and recreational activity where any person of any age can participate. The participants are zippered inside an inflatable bubble or a zorb ball.

The zorb ball can be placed on a hill and allowed to roll downwards. The participants try to contrive themselves inside the bubble to reach the finish line as fast as possible.