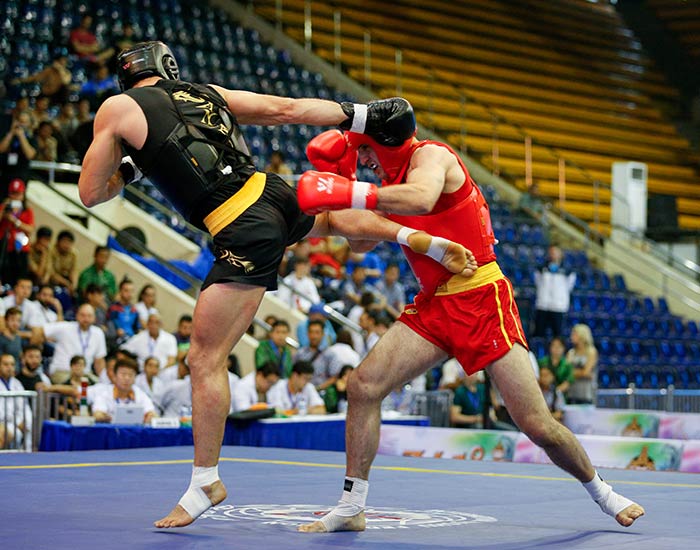 Wushu-Sanda, also known as Sanshou is a form of Chinese martial art practiced as a full-contact sport and resembles kickboxing. It is an unarmed combat sport which uses the kicking, punching, wrestling, throwing and defensive techniques. The sport was originally developed by the Chinese military and is based on the traditional Kung Fu and modern combat sports techniques.

The first World Championships of Wushu (both sanshou and taolu) took place in 1991 in Beijing, China and the first Sanshou World Cup was held in 2002 in Shanghai and is now organized in alternate years to the World Wushu Championships.

Groin protectors are worn by most of the athletes for protection against injuries.

These are used to protect the front of the torso against hard blows.

A mouth guard is used to reduce the risk of damage from a kick to the face.

Athletes wear head guards to prevent any head injuries because in this sport, blows to the head are allowed.

Gloves are made of an outer layer of leather, stitched with nylon thread, and padded with high-density polyurethane.