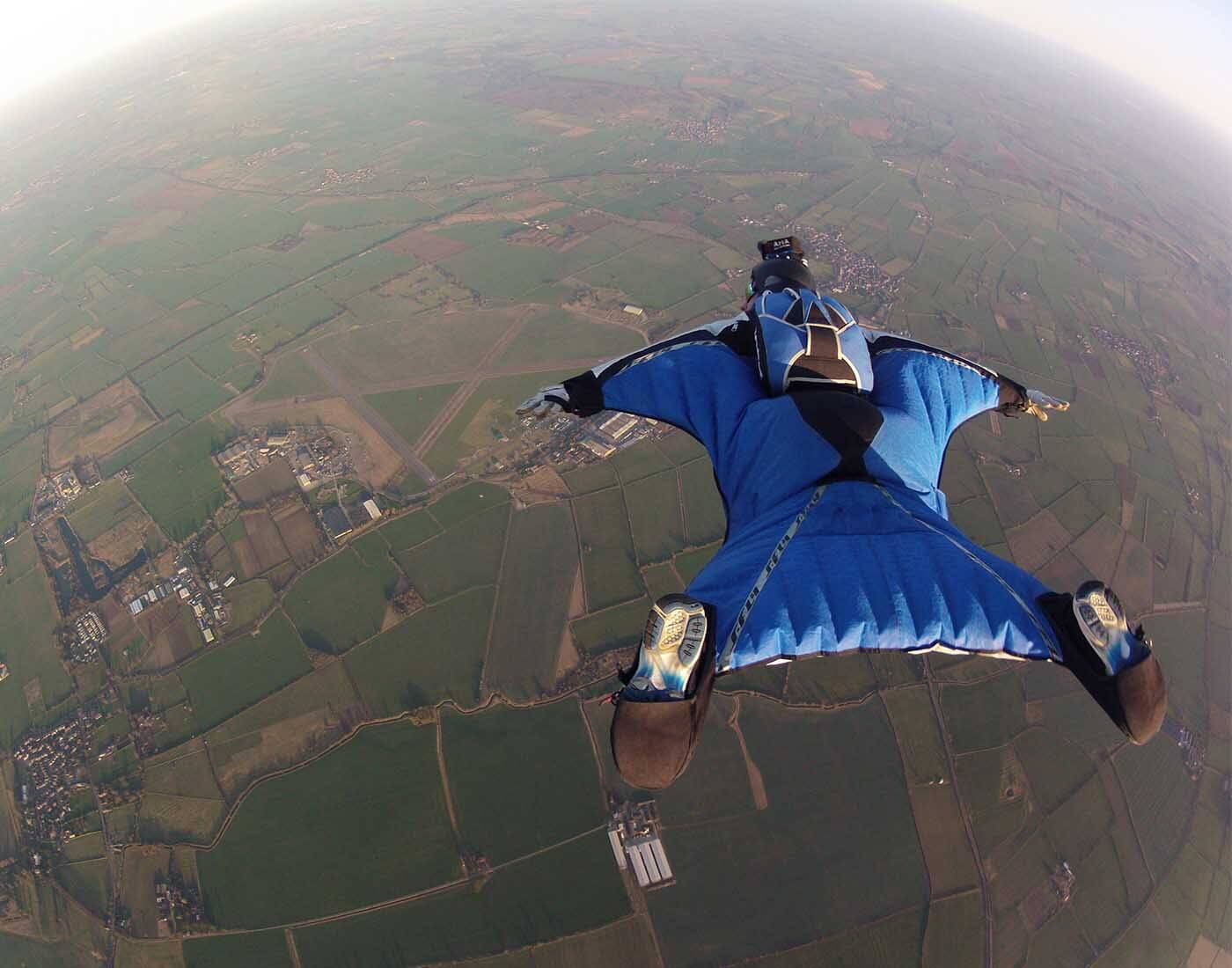 For the acrobatic event

In 1930, a wingsuit was first used by a 19-year-old American boy Rex G Finney. His goal was to increase the horizontal movement and manoeuvrability during a parachute jump. In the initial days, the wingsuit was not very safe and composed of canvas, wool, silk, whalebone and steel.

In the mid-1990s, Frenchman Patrick de Gayardon developed the modern wingsuits, adapted from an earlier John Carta model. In 1997, Sammy Popov of Bulgaria developed a new wingsuit with a more extensive wing between the legs and longer ones on the arms.

In 1998, Chuck "Da Kine" Raggs developed a new version of a wingsuit with hard ribs inside the wing airfoils. Although the new modifications helped stabilise the shape of wings in flight but on the contrary, they made the suit heavier and difficult to fly. All these suits were never commercially produced in the industries.

In 1999, Jari Kuosma and Robert Pečnik developed a safer and accessible wingsuit for skydivers. In the same year, Kuosma founded Bird-Man International Ltd, which first provided the wingsuits to the public. Birdman was also the first company to introduce an instructor program for enthusiasts. Later, many other wingsuit manufacturers such as Squirrel Wingsuits, TonySuits Wingsuits, Phoenix-Fly, Fly Your Body, and Nitro Rigging have also included coach training programs.