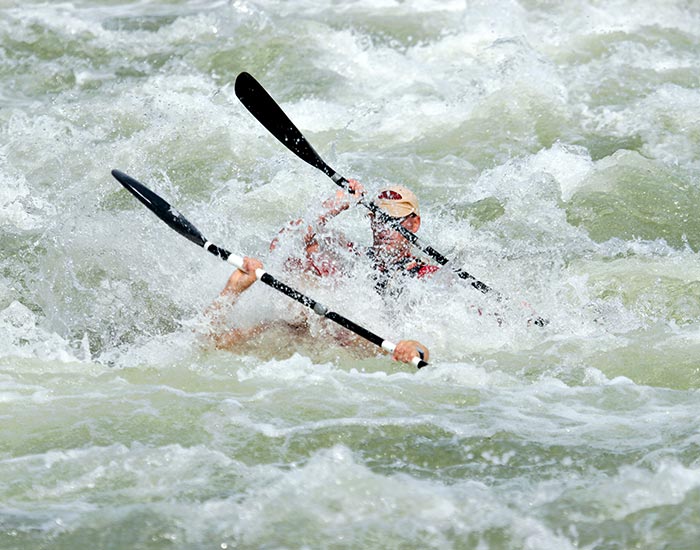 Wild water canoeing is a competitive canoe discipline which is performed by the use of canoe and kayaks to complete the path of the river in as much less time as possible. The sport is also known as “Downriver Racing” or “Whitewater Racing” which differentiates it from whitewater slalom racing and whitewater rodeo of Freestyle. It is a timed event that consists two forms of racing, the classic and sprint, where the former is a large course event while a short course is used in the latter.

Wild Water Canoeing is not the part of Olympics as of now but the World Championships are organized by the ICF biennially with France being the current nation, leading with most no. of wins in the men’s canoe team sprint events, by recording the winning rate of 9 of the last 10 world titles in C1 team sprint and C2 team sprint, Czech Republic was the only nation to break that run of France by winning the C1 team sprint in 2016. Czech Republic won three of the four team classic world titles in 2016, missing out only in the K1 team classic which was clinched by Germany.

The motive of the paddlers is to go from the starting to the ending point of the river course in as much less time as possible.

Both men and women compete in the sport. The participation takes place in an individual or a team category which is held with at least 3 competitors or 3 teams from at least 2 different federations.

Both canoes and kayaks are used in wild water canoeing.

The course must be from one upstream to one downstream and must be navigable for its complete length permitting an easy passage for the boat.

There are two types of courses:-

The motive of the paddlers is to go from the starting to the ending point of the river course in as much less time as possible.