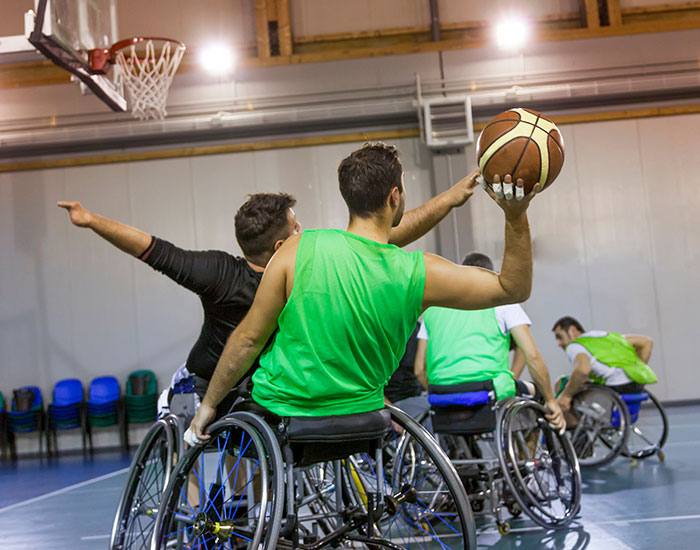 Wheelchair basketball was first introduced in the United States somewhere around the late 1940s. It was developed by injured servicemen from World War II who were the former players of basketball when they were bodily-abled. They introduced the wheelchair version of basketball in order to continue playing the game. Today, the game is accepted worldwide by para-athletes with a slight variation from the original one so as to ease the game for the people on wheelchairs. The official body that governs the sport at the global level is the International Wheelchair Basketball Federation. The sport is also recognized by the Paralympics Committee (IPC).

The first national wheelchair basketball competition was held in Illinois, USA, with six groups in 1949. Around the same time, the National Wheelchair Basketball Association (NWBA) was framed in the USA.

Wheelchair basketball was one of the games at the debut Rome 1960 Paralympic Games.

Two teams compete against each other with five players each side.

The method of attempting to throw the ball through the basket to score points. The technique of shooting differs from player to player.

This is a technique used by defending players to alter/deflect a shot attempted by an offensive player to make a basket.

It is an act of moving the ball from one player to another. A pass can be made by using any one of the techniques like a bounce pass in which a ball passed by a player first strikes the court and bounces up to the receiver.

They are responsible for maintaining the order of the game, enforcing the rules, call for fouls and violations and make all on-court calls. They also keep a keen eye in the event of an athlete falling on the ground, if it happens so the referees make that player sit outside the court if there is a chance of even the slightest harm to his health.