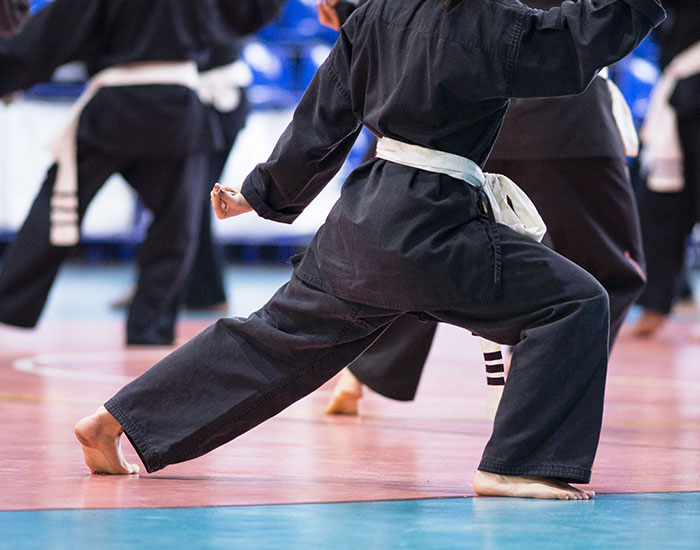 Vovinam is a martial art originated in Vietnam and is practiced with and without weapons. The sport involves training of the body as well as the mind and is based on the principle of between hard and soft. Vovinam Việt Võ Đạo was founded in 1938 by Nguyễn Lộc (1912 – 1960) with the intention of providing people an efficient technique of self-defense after a short period of study. The first school of Vovinam outside of Vietnam was established in Houston, Texas in 1976 by Vietnamese emigrants. By the year 2000, Vovinam schools had been established in various countries like Australia, Canada, Belgium, France, Spain and so on. The sport uses force and reaction of the opponent and includes kicks, hand, elbow, escape and levering techniques.

In 1938, Vovinam Việt Võ Đạo was established as Vovinam by Nguyễn Lộc (1912 – 1960) to give professionals a useful technique for self-protection after a brief time of the study. Nguyễn trusted learning hand to hand combat skills would add to liberating Vietnam, which had been administered by France since 1859, from outside mastery. Vovinam, which Nguyễn combined from Chinese styles of kung fu, his insight into conventional Vietnamese hand to hand combat skills, and components of Japanese and Korean fighting styles, was hence made halfway as a reaction to the French occupation, intended to advance a feeling of national character for the Vietnamese individuals. Vovinam along these lines has anticolonial starting points.

In the wake of being welcome to exhibit Vovinam openly in Hanoi with his supporters in 1940, Nguyễn was honoured to show the craft at Hanoi's Ecole Normale, and Vovinam picked up in fame. Amid the next years, political turmoil expanded all through Vietnam; because of the system's nationalist political introduction, the craftsmanship went under hiding. By 1954, Nguyễn emigrated to South Vietnam, where he would proceed to instruct and set up Vovinam schools. After Nguyễn's demise in 1960, Grandmaster Le Sang continued with the advancement and global advancement of Vovinam until his passing on September 27, 2010. The first Vovinam school outside Vietnam was set up in Houston, Texas, by Vietnamese travellers in 1976, after the Fall of Saigon. Vovinam now exists as Vovinam Việt Võ Đạo, without the political hints it initially conveyed.

The ranking of the practitioners of the sport start from Novice and goes till GrandMaster with varied color of belt and name plates. The athlete starts with a cyan belt, same color as his/her uniform.