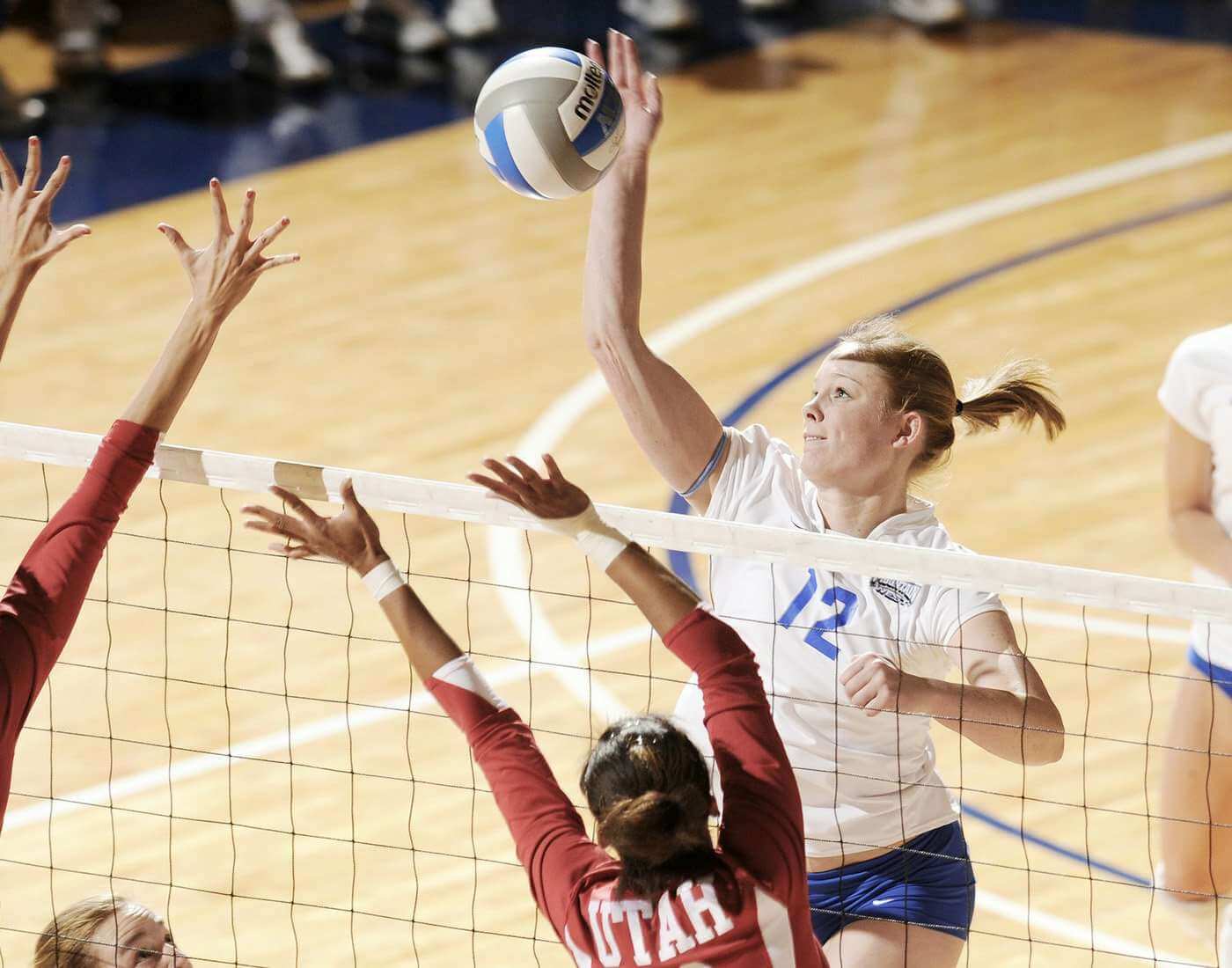 Volleyball is a high-energy team sport played by two teams of six players separated by a net. The sport was originated in 1895 in Holyoke, Massachusetts by “William G. Morgan”, a physical education director of YMCA. He named the sport Mintonette which was played as a pastime by any number of players. After its first exhibition match held in 1896, it was named as Volleyball by an observer “Alfred Halstead.” The first world championship for men was held in 1949 and in 1952 for women. The sport is also a part of summer Olympics since 1964. The international federation of the sport FIVB was founded in 1947.

This is an Indian variation of volleyball and is additionally played in parts of Pakistan. An additional seventh player in each group remains close to the net and is known as the net man. He shoots the ball as high as could be expected under the circumstances and entices the rivals into making a fault. The ball is like handball.

Two teams of six players compete against each other. Five main positions are to be filled on every team at the elite level: Setters, Middle blockers/Middle hitters, Liberos, Outside hitters/Left side hitters and Opposite hitters/Right-side hitters.

The playing area includes a rectangular court and the free zone. The court measures 18 x 9 m and is divided into equal halves by a net measuring 2.43 m above the court for men’s competitions and 2.24 m for women. The height of the indoor volleyball court must be minimum 7m. The halves are further divided into two halves (the front row and the back row) by the attack line on both sides of the net (3 m from the net). The court is surrounded by a free zone which is a minimum of 3m wide on all sides.

It is a form of attack or an attempt of properly handling the opponent’s serve. This technique not only includes preventing the ball from landing onto the court but also making it reach the setter’s position.

It is the second contact made by a team with the ball. The technique of setting is used to put the ball in the air in such a way that it can be driven into the opponent’ court by an attack.

It is usually the third contact made by a team with the ball. The goal of this technique is to hit the ball in such a way that it lands on to the opponent’s court without being defended. The types of attack are backcourt/pipe attack, dip/dink/dump, line and cross-court attack, off-speed hit, tool/wipe/block-abuse, quick hit/one, slide and double quick hit/stack/tandem.

Blocking is a technique in which the team standing near the net tries to stop or alter the opponent’s attack by hitting back the ball as soon as it has crossed the center line. Blocking can be offensive or defensive.

It is a technique in which players dive or get down low on the court to stop the ball from touching the ground and try to get the ball to enough height so that it can be passed on by his team. A dig is called a “pancake” when a player slides his/her hand under the ball that is almost touching the court.

There are two referees present during a volleyball match. The first referee stands on a raised platform at one end of the net and is the incharge of the match who has final authority over all decisions. The second referee stands on the other side of the net and is responsible for signaling faults, violations and authorizes game interruptions, substitutions and timeouts.

Records the details of the Libero replacements, operates the manual scoreboard, starts and ends the timing of technical time-outs.

Responsible for tracking each team’s libero on the libero tracking sheet.

Usually two or four line judges check for any line faults including the foot faults of the server.