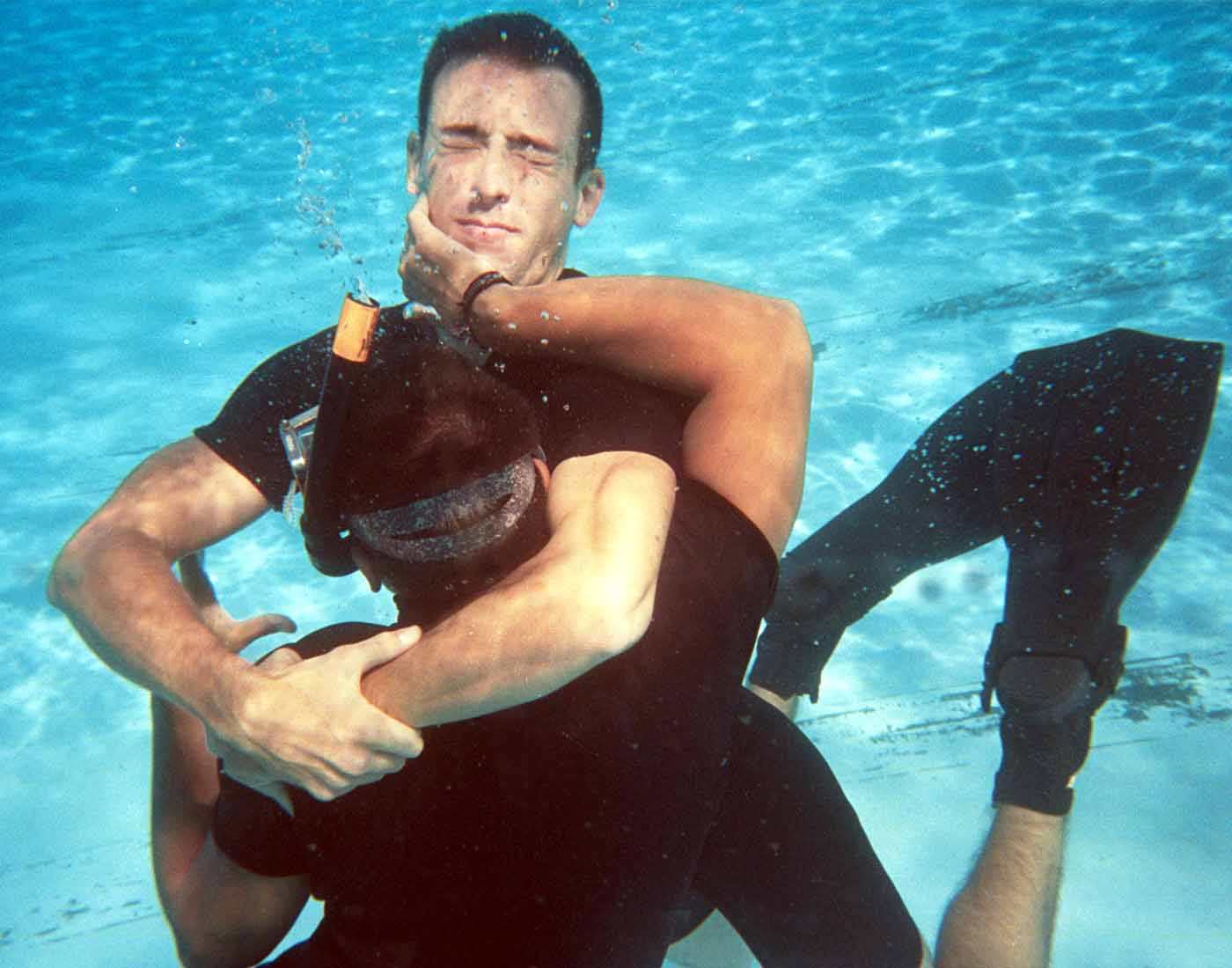 Underwater Wrestling is a contact sport performed between two participants in a swimming pool. The participants wear specific swimming costumes along with masks, fins, bands around the ankle and ribbons on ankle band. The sport is also known as "Aquathlon" (here 'Aqua' refers to the water and 'Athlon' means any combat or wrestling).

The players combat not only underwater but also above the water surface while floating with the aid of various devices. These devices involve the diving gear, rubber knives or other dummy weapons.

The participants can combat barehanded. They can combine grappling and choking skills to attack their opponents. The CMAS sports council's Aquathlon Commission is the international governing body for underwater wrestling.

The objective in underwater wrestling is to combat with each other and try to remove the ribbon from the competitor's ankle. The pool in which the combat is performed has 2-6 m depth. The players are required to perform the combat carefully without harming the opponents.

The underwater wrestling originated during the years 1980 to 1982 by an underwater coach Igor Ostrovsky in the Moscow Technological Institute. In 1982, the sport was first demonstrated in front of the Moscow citizens. In August 1993, the first-ever International Competition was organized on a global scale.

In 1996, the International Aquathlon Association (IAA) was organized by various diving federations of Russia, Ukraine and Israel. It was the first governing body for underwater wrestling which works for the promotion of the sport on a global platform.

Before 1990, all the competitions were conducted in the Soviet Union. In 1992, the 1st ever Russian Open Aquathlon Championship was organized in as Tula.

In May 2008, the sport was officially recognized by the CMAS in a General Assembly. Later, that year the first-ever CMAS recognized international competition was organized. In 2009, CMAS developed the Aquathlon Commission. On 24th August 2009, the first World Cup was organized in St. Petersburg, Russia. In 2010, the first European Championship was conducted in Kazan.

Later in 2013, the first-ever underwater wrestling competition for the junior group was organized as Aquathlon Junior World Cup in Ukraine.

The objective in underwater wrestling is to combat with each other and try to remove the ribbon from the competitor's ankle. The pool in which the combat is performed has 2-6 m depth. The players are required to perform the combat carefully without harming the opponents.