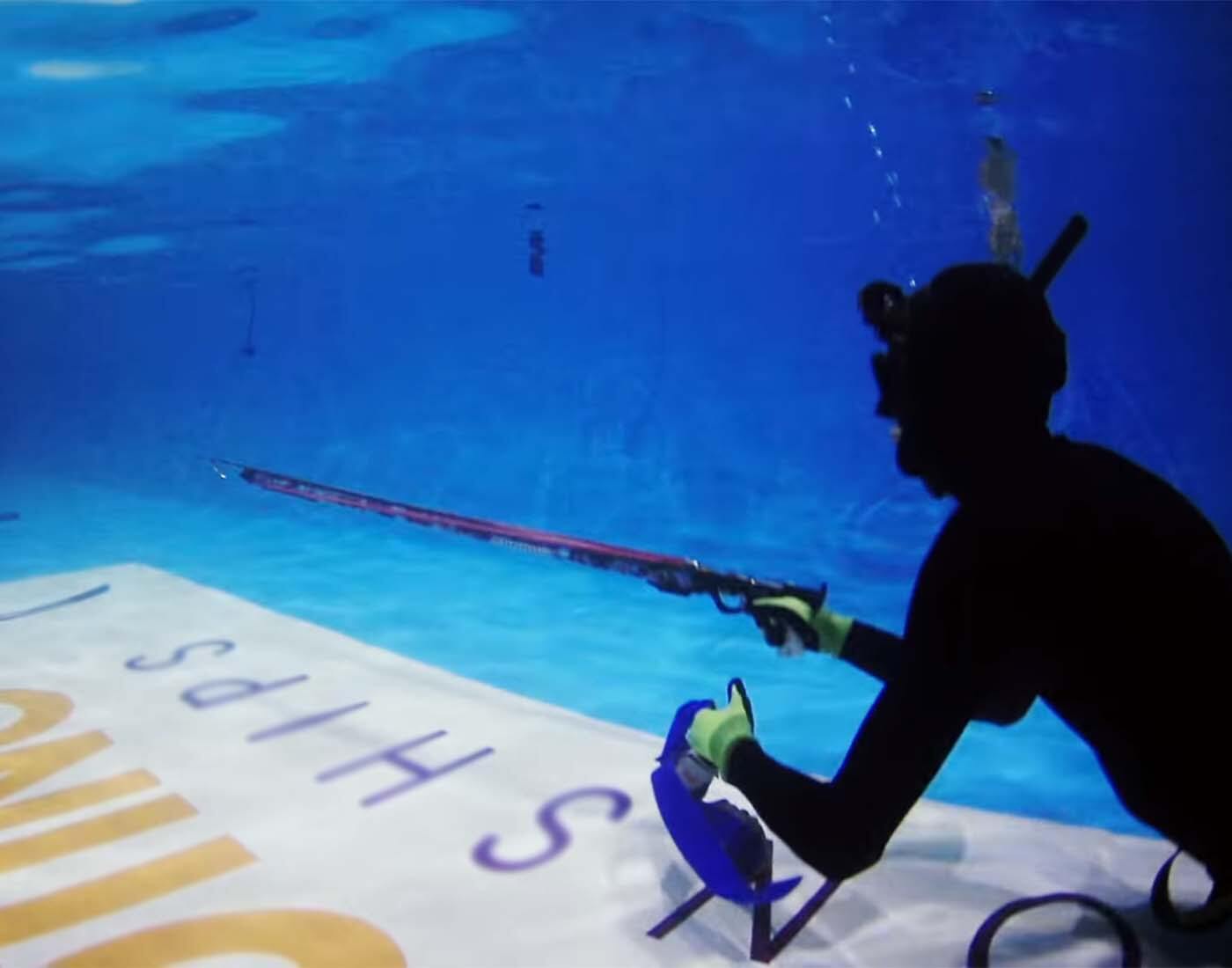 The participants are disqualified if they -

With due course of time, the sport was widely popularized throughout Europe. Later, the first-ever French national governing committee was founded in 1987.

Soon, the Confédération Mondiale des Activités Subaquatiques (CMAS) recognised underwater target shooting as an official sport and still is the governing body for the game.

In this variant, the participants usually begin their matches by diving from the start line and continuously swim until they reach to the shooting line. The participants shoot with their spearguns on the target board from the shooting line. After the player finishes the shoot, they swim back to the target area. The players then reload their guns and get ready for their next round of shooting. The series is repeated until the players have shot a total of 10 spears, within two rounds. Each round lasts for 5 minutes. The matches are organised in two categories for males and females.,

In biathlon shooting, the players after performing their shot are required to return in their start line and recover their spears without going to the surface. The players are only allowed to breath from the surface after returning to the start line. The cycle is repeated until the individual fires at least 5 successful shots from the speargun. The men’s category has the time limit of 2 minutes 30 seconds, whereas the women’s class lasts for 3 minutes. Any participant who has shot maximum targets wins the match.,

The team involves in this variant is regarded as Relay. In this variant, 2-3 participants from each side participate in the match. The game is played for only one round where the players are required to shot 9 bullets at 9 targets. The participating team can be a mixed team consisting of both men and women who together perform for 4 minutes and 30 seconds. Unlike the precision variant, the team which scores the maximum scores wins the entire round.