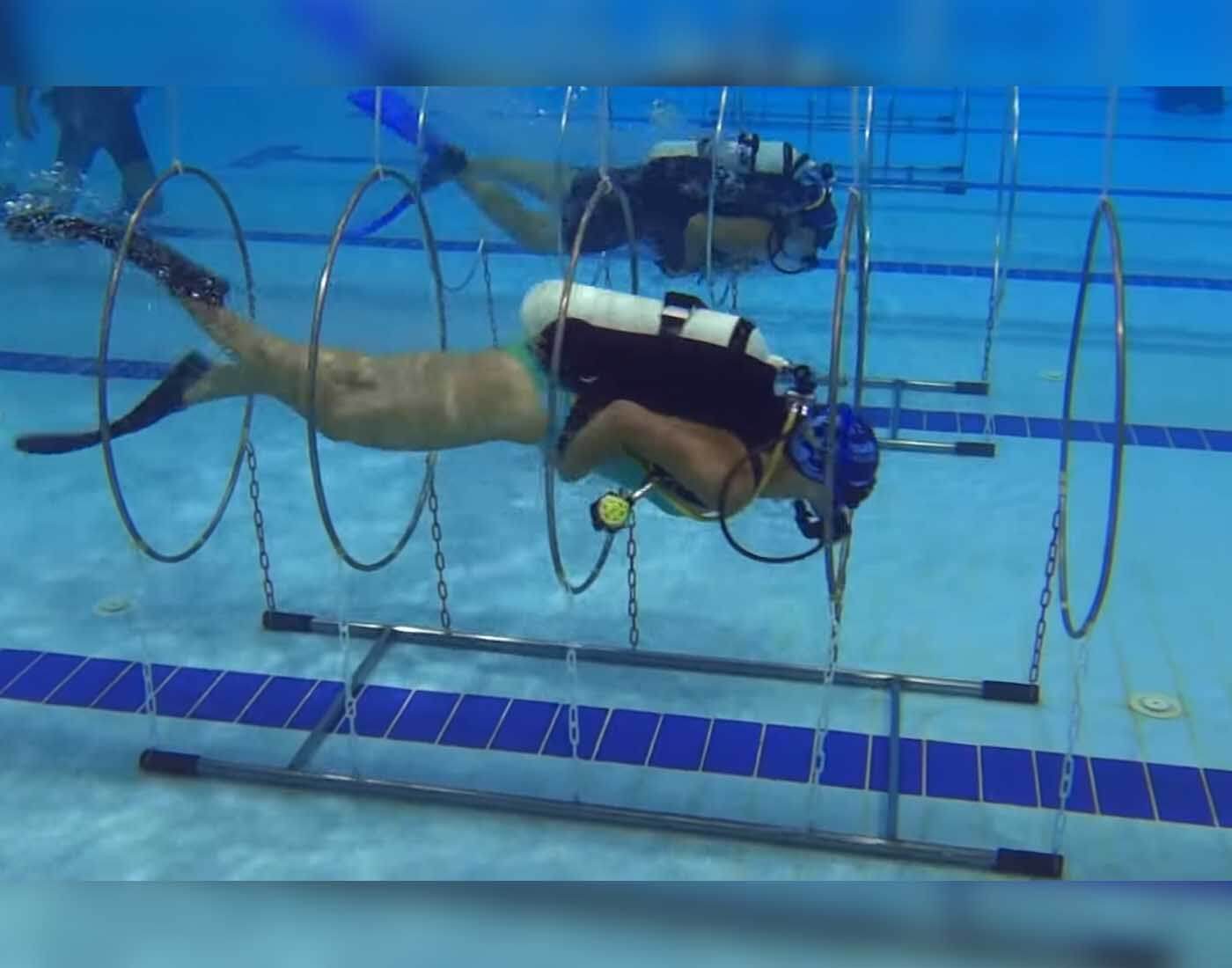 Sport Diving is a famous underwater sport performed individually or as a team. It is usually organized in a closed swimming pool with the aid of scuba diving recreational techniques.

The sole principal of the divers in the underwater sport diving competition is to score maximum points by completing the series of tasks and dives. They have to cross the barriers and collect the objects in specific events. All the participants do their best in the minimum duration to win the title.

Marifé Abad discovered the underwater sport diving in Zaragoza, Spain from 1998 to 2000. The M-300 design for the underwater activities inspired him for the development of the sport. In 2000, the first-ever official competition was organized in Zaragoza.

In 2008, the sport received its recognition from the General Assembly of World Underwater Federation (CMAS), Spain.

M-300 metres event- The M-300 event is organized in a swimming pool for a total six laps of a 50 m long pool to cover the distance of 300 m. The details for all the laps are as follows -

Night diving- In this event, the competitor’s wear a black diving mask and try to find three objects from the bottom of the pool within 3 minutes. They may use 5 m long rope along with a collecting bag to keep the items recovered from the bottom. The recovered items are then placed 4 metres apart from 2, 3, 4 m away from the centre of the competitive place. The highest points are awarded to the participant who collects the item in the least time duration.

Immersion 6 kg- In the 6 kg immersion event, the participants have to lift a massive 6 kg weight from the bottom of the pool. They have to bring the weight to the surface in their lifting bag in the minimum duration. The first competitor to complete the task is regarded as the winner of the match.

Obstacle course - The obstacle course event consists of buddy pairs, performing in the swimming pool; they have to swim for a 100 m distance and occupy two lanes with a number of challenges. The challenges include the following tasks -

Briefing - In the briefing event, four divers participate all together to perform some specific task to search and gather information underwater from the signals received underwater. The team captain plays a vital role in deciding the order, checking on the collectables and directing the entire team for the event.

The participants use various diving equipment such as diving masks, diving fins, snorkel, compensator etc. The Sport Diving Commission of the CMAS Sport Committee is the highest governing body of underwater sport diving.

Sport diving has emerged as one of the most adventurous sports in recent years. It is performed either individually or in a team of 2 to 4 participants.

The sole principal of the divers in the underwater sport diving competition is to score maximum points by completing the series of tasks and dives. They have to cross the barriers and collect the objects in specific events. All the participants do their best in the minimum duration to win the title.