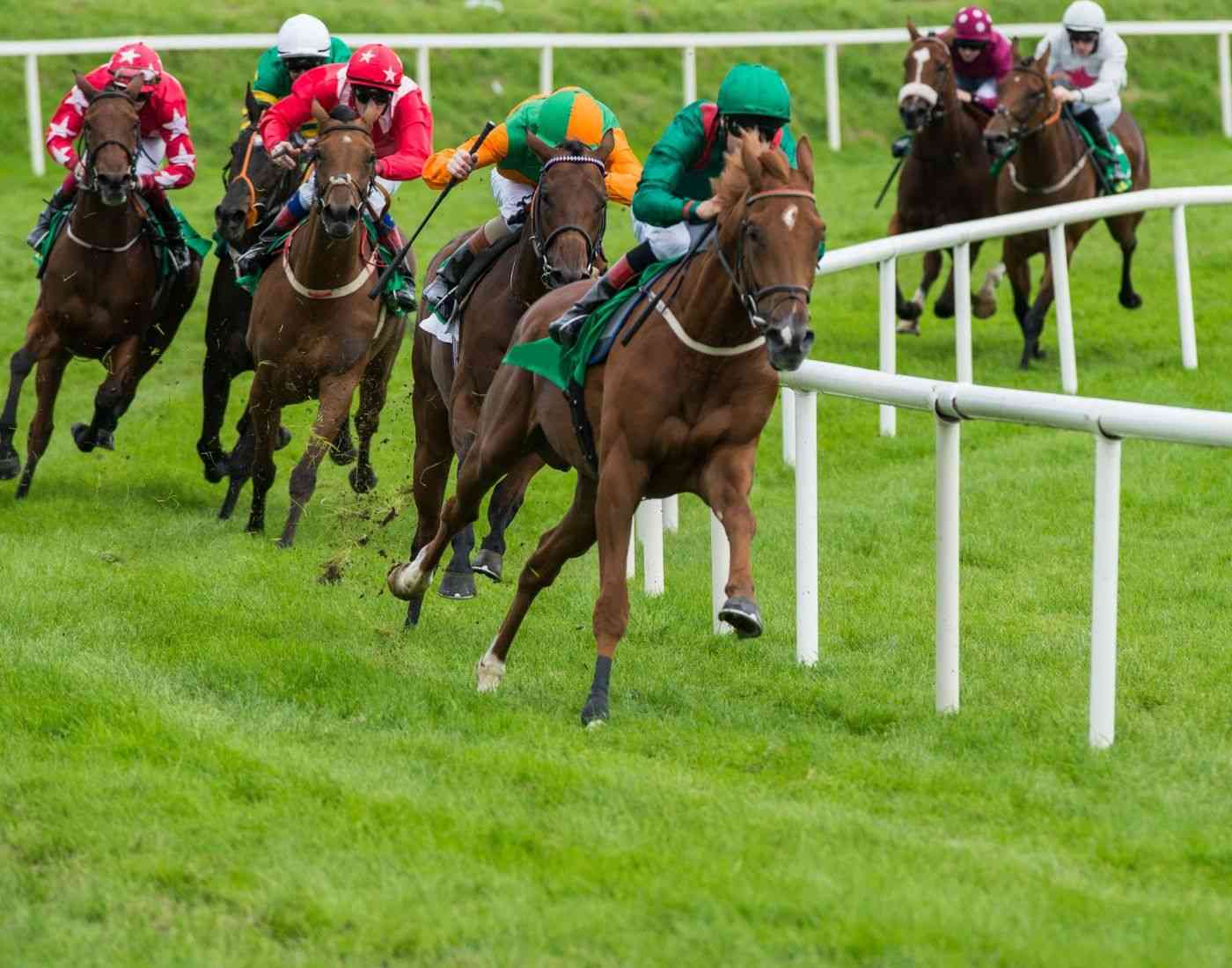 Turf racing, also known as horse racing, is the fastest equestrian sport which involves two or more horses ridden by jockeys over a set distance for competition.

It is one of the most ancient sports and its basic objective is to identify which of the horse is the fastest over a set distance or course.

Turf racing varies widely in format and most of the countries have developed their own particular horse racing traditions. Some of the variations are- restricting races to specific breeds, running over different distances, running over obstacles, running in different gaits and running on various track surfaces.

While these horses are raced sometimes purely for sport, but a major part of the sport's interest and economic importance lies in gambling associated with it, which in 2008 has generated a worldwide market worth around US$115 billion. The sport is believed to be practiced in civilizations across the world since ancient times and records suggest that it occurred in Ancient Greece, Babylon, Syria, and Egypt. Chariot racing was one of the most famous ancient Greek, Roman and Byzantine sports. Different types of horse racing have evolved from impromptu competitions between riders or drivers.

Jockeys wear body protectors to help prevent back injuries but it must not hinder their movement.

Shoulder pads are worn to protect the upper arm from injuries in case of falls.

Jockeys wear goggles for protecting the eyes from the dirt and mud that may cause serious eye injuries.

Jockeys wear a crash cap with a chin harness to protect their head in case of falls. It is designed to cushion the skull and have a hard outer casing with padding on the inside.

The jockey wears lightweight silk shirts in “colors” of the owner of the horse with white breeches/jodhpurs.

Turf racing saddles (seats) are smaller and lighter than ordinary ones. A breastplate is usually attached to the saddle to prevent it from slipping back during the race. A safety girth is also used which ensures that the saddle and weight cloth remain in place throughout the race.

Tack is the piece of accessory equipped on the horses when they are used domestically or in various competitions. Bridles, stirrups, bits, reins, halters, martingales, breastplates and harnesses are all the type of horse tack.