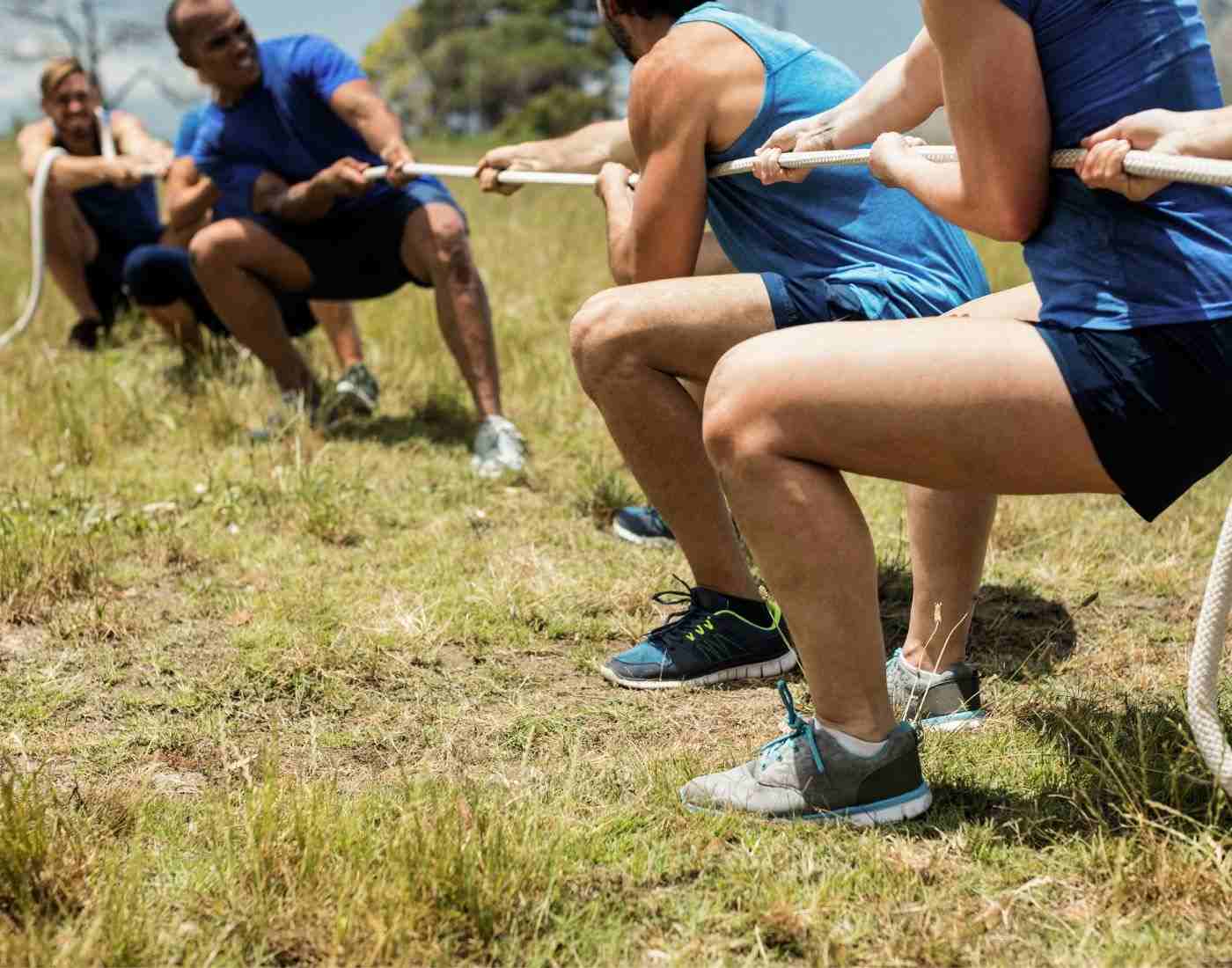 Tug of war, a game where an enormous amount of players' strength is put to test, is a sport that brings both the teams against each other. The teams pull on the opposite ends of the rope with the objective to bring the rope at a certain length in one direction against the force of the opposing team's pull. According to the Oxford dictionary, the phrase "tug of war" means "the decisive contest" or the actual struggle or tussle.

It was towards the end of 19th century when this phrase was put to use in the athletic contests between two teams who struggle at the opposite ends of the rope in order to outscore the opponent. Today, the sport is played almost everywhere in the world and a small section of nations have set up national federations to govern the game at national level however, the Tug of War International Federation is the global governing body of the sport that codifies the rules and regulations of the game and organizes the international championships at regular intervals. It was the part of Summer olympics from 1900 to 1920.

To outscore the opponent team by pulling the larger part of the rope towards one's end.

History of Tug of War

The sport of tug of war originates from ancient Egypt, Greece, China, and India. It was very popular under the name of 'hook pulling' which was used to train warriors and build their strength. Archaeological evidence proves that the sport of tug of war was also popular in India during the twelfth century.

Tug of war continued gaining popularity between the fifteenth and eighteenth century. It was part of the Olympic Games between 1900 and 1920 but was excluded after that time.

The world governing body for the sport of tug of war is the Tug of War International Federation.

Each Tug of War group comprises of 8 individuals, every one of whom collaborates to pull the rope.

The rope is the most vital bit of gear and this ought to be roughly 11 cm in the perimeter and ought to be in any event 33.5m long with plain, whipped ends. Different bits of hardware that members may utilise incorporate expert boots, back, elbow and knee support just as belts to help the back.

The team generally consists of 8 to 10 members each side. The total mass must not be more that the maximum weight as determined for the class, align themselves at the end of a rope approximately 11 cms (4.3 in) in circumference.

The sport is played both outdoors and indoors as well. The main equipment used in tug of war is the rope which must be marked with a "center line" along with two markings of 4 m either side of the centre line.

The teams begin with the centre line of the rope directly above the line labeled on the playground, and once the contest (the "pull") begins, struggle to pull the other team such that the marking on the rope closest to their opponent crosses the centre line, or the opponents commit a foul (such as a team member sitting or falling down).

To outscore the opponent team by pulling the larger part of the rope towards one's end.