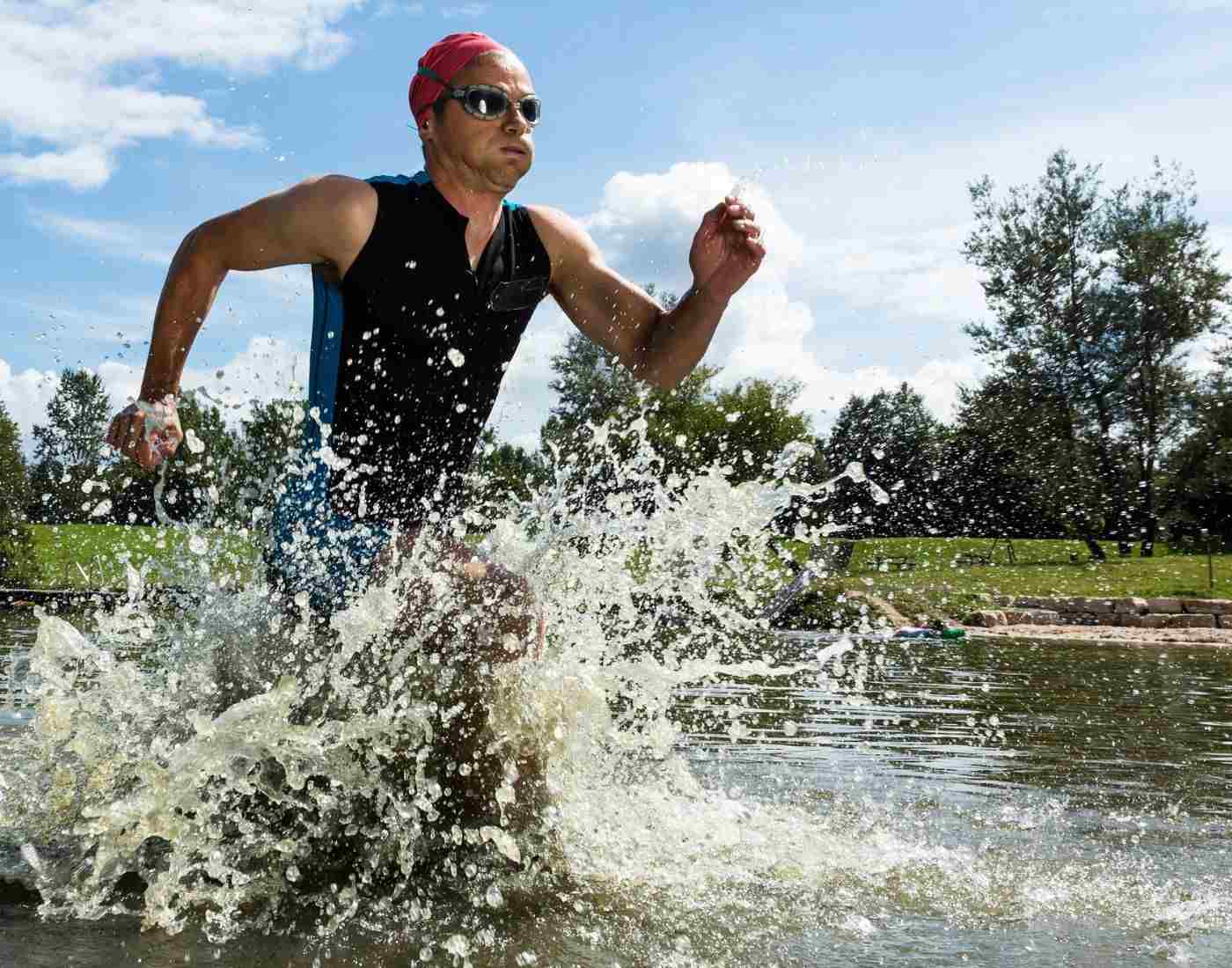 Triathlon is a combined sport consisting of three disciplines- swimming, cycling and running competed in continuity and succession. The most common form of the sport consists of these three disciplines only; however other variations of the game may also exist. The sport is a part of summer Olympics since 2000. The first triathlon consisting of these three sports (swimming-cycling-running) in succession was held on 25th September 1974 at Mission Bay, San Diego, California.

But the sport is considered to have its beginning in the 1920s in France with a race named “Les Trois Sports” having a 3km run, 12km bike racing followed by swimming. The global governing body of the sport- ITU was founded in 1989.

To complete all the three disciplines in the fastest time possible while following all the predetermined rules. The overall time of the athlete is inclusive of the “transition” time which is taken by players to change gear for the next segment (from swimming to cycling and from cycling to running).

Triathlon was developed as an elective exercise to track training during the 1970s and made its Olympic debut at the 2000 Sydney Games. Triathlon was created in the mid-1970s by the San Diego Track Club, as an elective exercise to the rigours of track preparing. The club's first event comprised of a 10km run, an 8km cycle and a 500m swim. Throughout the following decade, Triathlon's prominence kept on improving and it before long increased overall acknowledgement.

In 1989, the International Triathlon Union (ITU) was established in Avignon, France, and the first official World Championships were held. The official distance for triathlon was set at a 1,500m swim, a 40km cycle and a 10km run – taken from existing occasions which were already included in the Olympic program

In 1991, the ITU launched its first full season of the World Cup circuit. Twelve races were held in nine distinct nations. Increasingly World Cup races have in this way been included each year as the game's intrigue keeps on developing.

Triathlon made its Olympic full medal debut at the 2000 Sydney Games. This helped the game to turn out to be considerably progressively well known. It presently has more than 120 partnered national organisations around the globe.

The distances longer than Ironman event are ultra-triathlon events and consists of wide range of distances.

Men and women compete as individuals or in teams (in relays) during a triathlon event.

The playing area of triathlon consists of the racing courses and the transition area where athletes change gear for different disciplines of the race. Swimming often takes place in open-water followed by road cycling and then running which takes place usually on public roads and streets.

To complete all the three disciplines in the fastest time possible while following all the predetermined rules. The overall time of the athlete is inclusive of the “transition” time which is taken by players to change gear for the next segment (from swimming to cycling and from cycling to running).