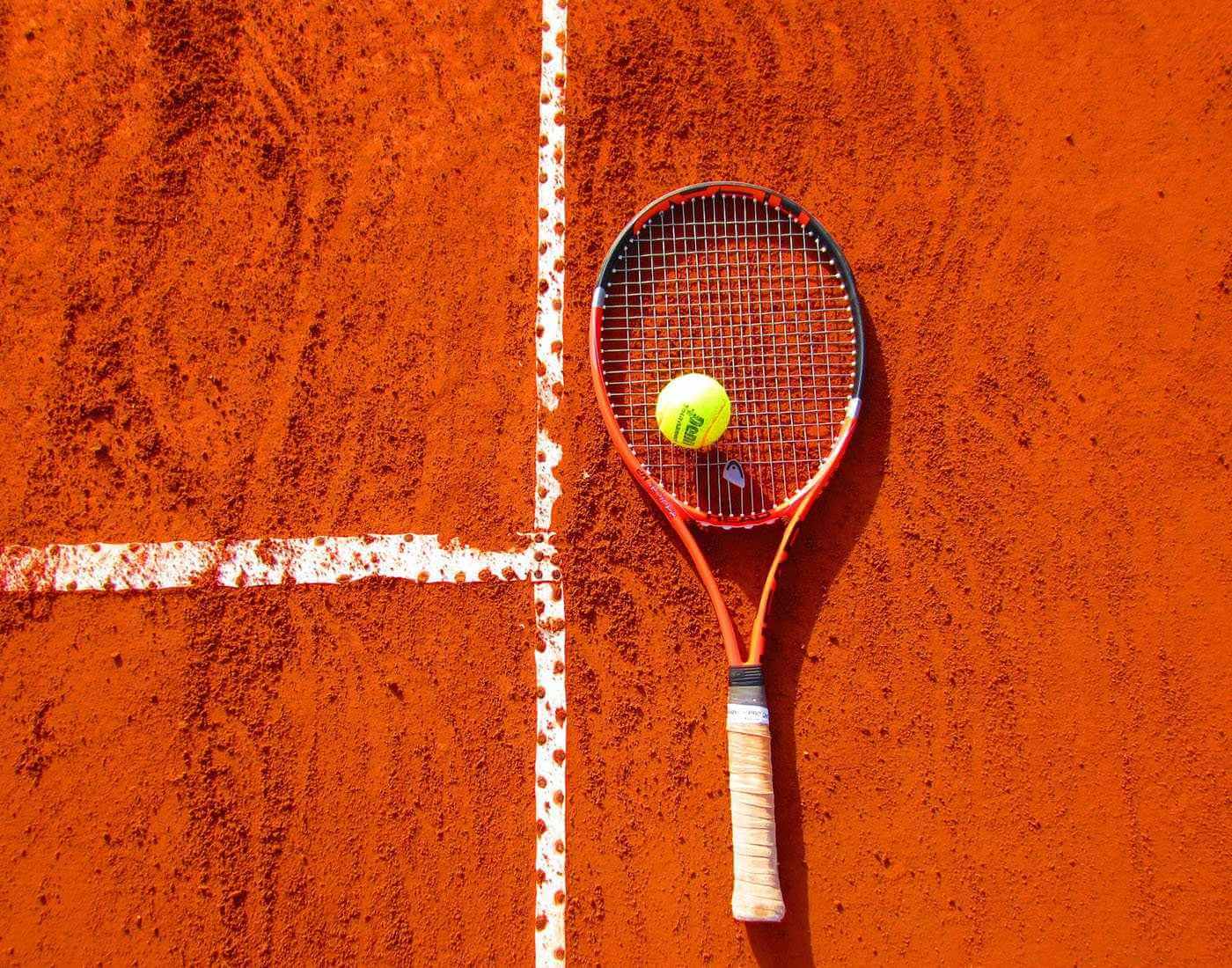 Tennis is one of the most played racquet sports in the world that is played on a variety of surfaces like grass, clay, cement, coated asphalt and carpet. It is believed to have originated in the 13th century in France where players used to hit the ball with their hands. The sport is a regular event at the Summer Olympics since 1988 and consists of other tournaments like Grand Slam, ATP World Tour, WTA Tour etc. International Tennis Federation (ITF) is the global governing body of Tennis.

The modern sport of tennis originated from a nineteenth-century game called real tennis/royal tennis which was played in Birmingham, England.  Its origins are related to several lawn games played in the twelfth century such as croquet and bowls.

At the initial time of its origins, the game of tennis was played with one's palm, and hence it got the name jeu de paume, i.e. game of the palm. It was only until the sixteenth century when players started using racquets, and the name 'tennis' was popularised.

Tennis balls were initially made up of rough cloth strips which were tightly sewn together with threads and filled with feathers. Though initially white, the colour of tennis balls was changed to yellow during the twentieth century since it provided with better visibility on the court during a live telecast.

Tennis racquet strings were originally made up of cow intestine, aka natural gut. It was a durable but highly expensive method to produce racquet strings. Thus, sports manufacturer adopted new technologies to create synthetic strings that gave the feel of the natural gut but were less costly to make on a large scale.

Tennis is played by either two players (one player per side) or by four players as a game of doubles (two players per side).

A tennis racket contains an oval head and a gradually widening neck that connects the handle to the frame. The frame or the head includes several tightly woven strings made up of various materials like nylon, gut or synthetic gut. The size of a racket head can't be more than 74 cm in length and 32 cm in width.

As per the rules defined by the ITF, tennis balls yellow spherical balls measuring between 65.41–68.58 mm in diameter. They usually weigh between 56.0 and 59.4 g.

A rectangular net is used to cover the distance between the two sides of a tennis court. It's usually tied three feet above the ground at the centre of the court.

Wrists band are used by players to prevent their sweat from reaching the grip and wetting it.

Headbands are also used to absorb sweat and tying a player's hair from above his face.

It is the starting stroke of a point. The server must hit the ball into the diagonally opposite service court. The most common serve is made by tossing the ball in the air and then hitting it. There are four main serves in tennis: flat serve, kick serve, slice serve and underhand serve.

It is the most used shot in tennis as it is the most natural one in which the stroke begins on the dominant side of the body (like on the right-side for a right-handed player).

Tennis is played on a rectangular court which is 78 feet long and 27 feet wide for singles matches and 36 feet wide for doubles matches. The service line is 21 feet from the net and is divided into two halves marking the left and right service courts. The baseline of the court is 18 feet from the service line. The net is placed at the center of the court and should stretch beyond the width of the doubles court by 3 feet and is 3.6 feet high at posts and 3 feet high at the center. Tennis can be played on a variety of surfaces which are grass, clay, hard courts or carpet courts.

Sits at the end of the net and indicates when the ball has touched the net during the service.

Calls the foot faults during the service and after this, he/she serves as a line judge.