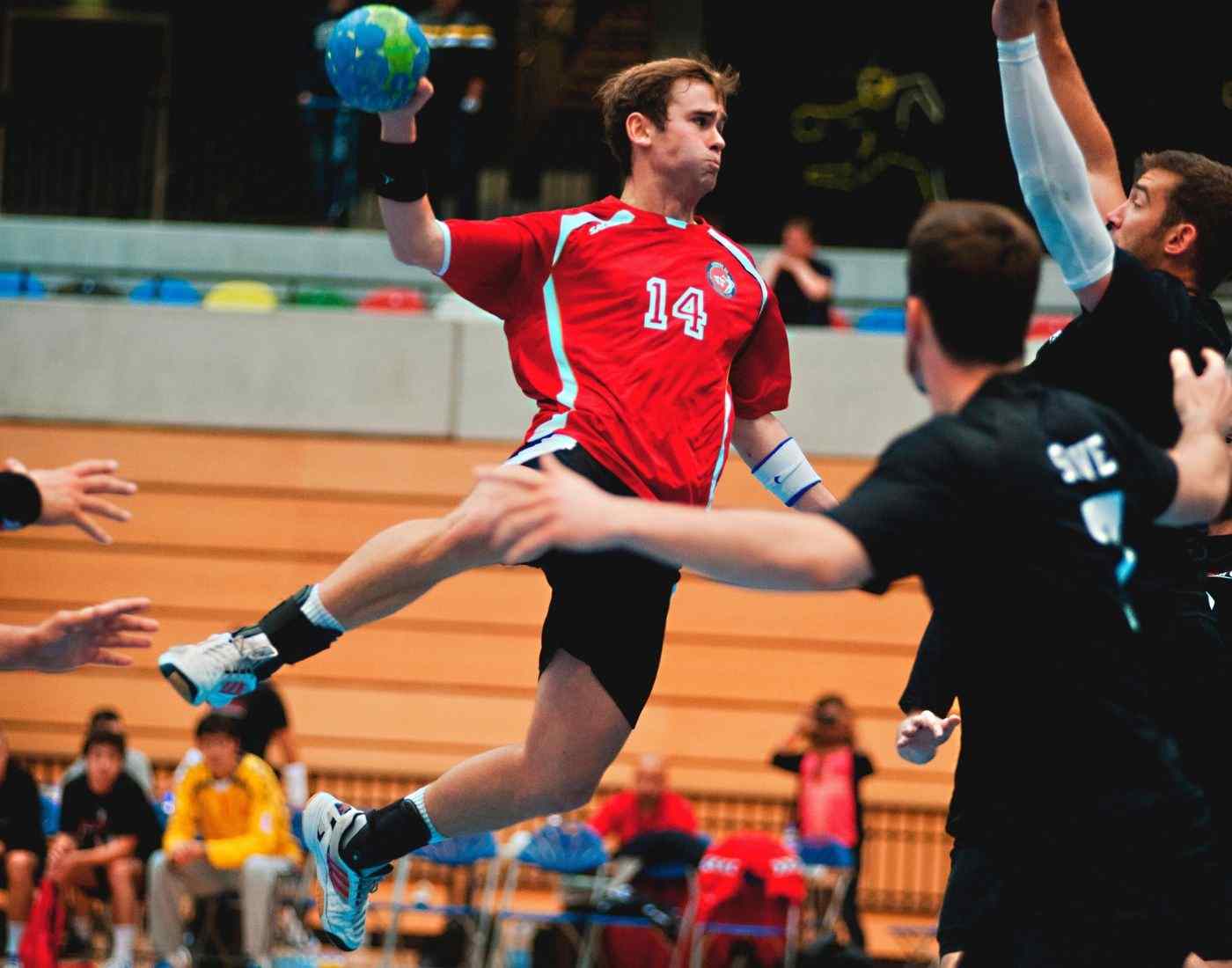 Team Handball is a large ball sport played by two teams consisting of seven players each side by passing a ball using their hands with the aim of throwing the ball in the opponent’s goal. The game was originated at the end of 19th century in northern Europe mainly in Germany, Denmark, Sweden and Norway. It is most popular in the countries of continental Europe. The sport was introduced at the 1936 Summer Olympics but is a regular member since 1972 games. The global governing body of team handball is International Handball Federation (IHF) which was formed in 1946 and has 197 member federations.

There is proof of ancient Roman ladies playing an alteration of handball named expulsim ludere. There are records of handball-like games/diversions in medieval France, and among the Inuit in Greenland, in the Middle Ages. By the nineteenth century, there were comparative rounds of håndbold from Denmark, házená in the Czech Republic, torball in Germany, and handbol in Ukraine.

The team handball game of today was systematised toward the finish of the nineteenth century in northern Europe: basically in Denmark, Germany, Norway and Sweden. The first composed arrangement of team handball rules was distributed in 1906 by the Danish exercise centre instructor, lieutenant and Olympic medalist Holger Nielsen from Ordrup grammar school, north of Copenhagen. The current set of tenets was distributed on 29 October 1917 by Max Heiser, Karl Schelenz, and Erich Konigh from Germany. After 1919 these guidelines were improved by Karl Schelenz. The first international games were contended under these principles, among Germany and Belgium in 1925(men's) and among Germany and Austria in 1930 (women's).

Two teams of seven players each including a goalkeeper compete against each other to win the match.

It is a technique in which the player bounces the ball as he advances. A player may not take a break while dribbling before passing the ball.

It is the most basic and essential move in the play in which the player passes the ball to his teammates. It can be done in a variety of ways such as an overhead pass.

It is the most powerful type of shot or a throw. In this shot, the player tries to throw the ball directly to the goal usually from the backcourt.

Team handball is played on a rectangular court which is 40 m long and 20 m wide with a goal area at both ends of the court. The longer boundary lines of the court are called sidelines and the shorter ones are called goal lines. The goals are 3m wide and 2m high and are surrounded by a 6m semi-circular zone (goal area). A dashed semi-circular line, 9m from the goal, surrounding the goal area marks the free-throw line. The goal area consists of a goalkeeper’s restraining line which is 15cm long directly in front of the goal at 4m. A 1m long line parallel to the goal line and 7m away from it is called the 7-meter line. The court contains a center line which connects the midpoints of the sidelines. It also contains two substitution lines, one at each half of the court at a distance of 4.5m from the center line.

Two referees with equal authority are incharge of the game and are assisted by a timekeeper and a scorekeeper.

Responsible for managing the playing time, time-outs and the suspension time of the players.

Responsible for managing the score sheet, the team rosters and the entry of players who arrive after the game has started.