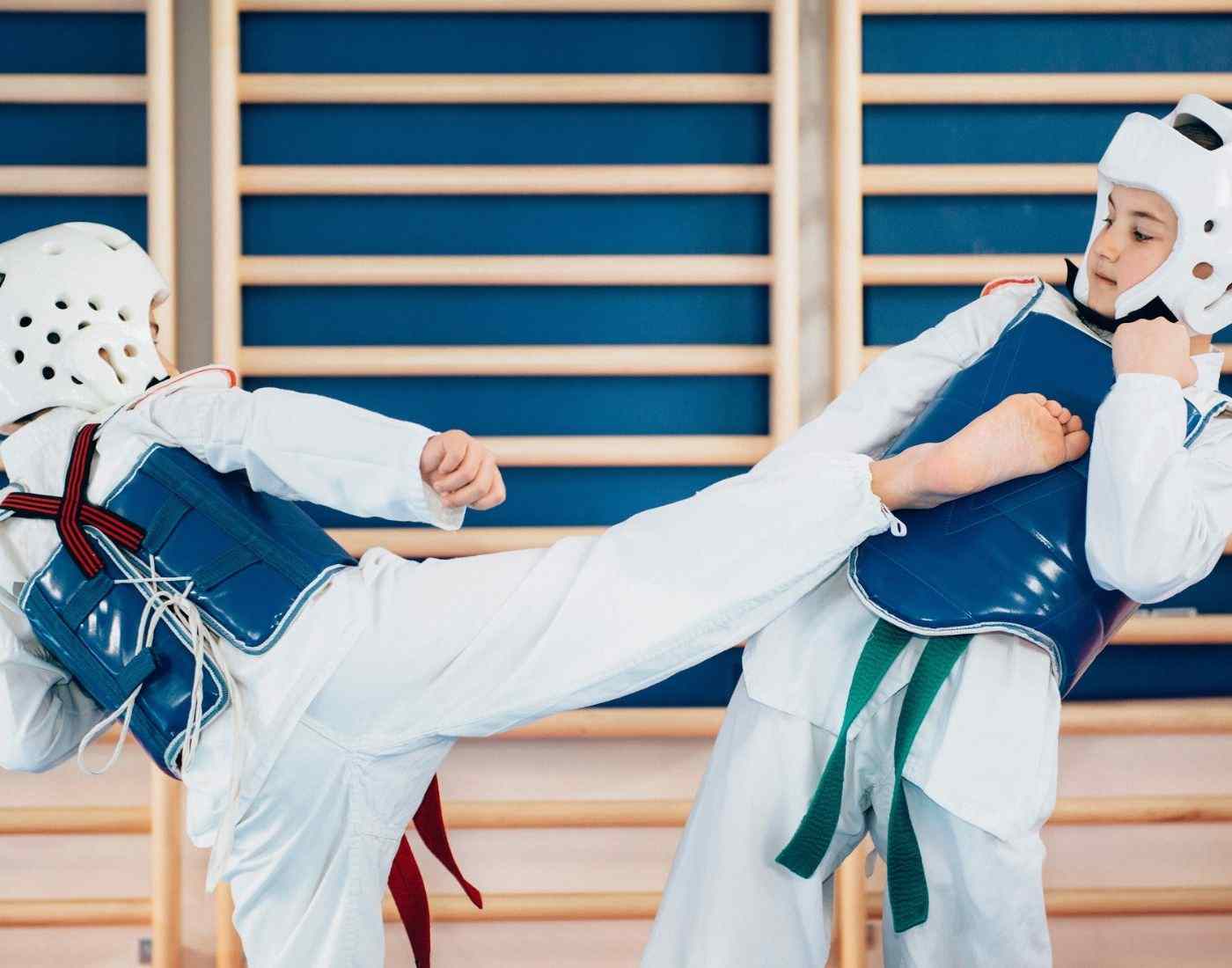 Taekwondo, one of the most popular combat sports is a form of Korean Martial Arts. In this sport, two men or women score points by striking their opponent with a rapid combination of kicks and punches. The athlete with higher no. of points at the end of the timed bout is declared the winner unless one is knocked down for a count of ten. This sport came into existence in the late 1940s in South Korea. It is an official medal sport for Olympics. The global governing bodies for taekwondo are World Taekwondo Federation (WTF) and International Taekwon-Do Federation (ITF).

The root of taekwondo goes back to Korea's Three-Kingdom period (c.50 BC) when Silla Dynasty warriors, the Hwarang, started to build up a new form of martial arts - Taekkyon ("foot-hand").

Amid the mid-twentieth century, taekwondo turned into the overwhelming type of combative techniques rehearsed in Korea. Accordingly, taekwondo was assigned as the Korean national martial arts to be advanced and promoted globally. In 1973, the World Taekwondo Federation (WTF) was established as the legit worldwide governing body of the game, and the first World Championships were held in Seoul, Korea that year.

In 1975 the AAU (U.S. amateur Athletes Union) acknowledged Taekwondo as an official game. Taekwondo was likewise admitted to the General Association of International Sports Federations (GAISF) and the International Council of Military Sports (CISM) in 1976. In 1980 the WTF turned into an International Olympic Committee (IOC) perceived sport organisation, making Taekwondo an exhibit sport for the 1988 and 1992 Olympic Games.

Taekwondo is one of the two Asian hand to hand fighting styles included on the Olympic program. Taekwondo made its presentation as an exhibit Olympic game at the 1988 Seoul Games and turned into an official medal sport at the 2000 Sydney Games.

It is a chest protector worn by athletes during sparring.

A colored belt tied around the waist is worn which indicates the rank of the wearer.

Dobok refers to the traditional taekwondo uniform used in all official matches and regular practices. "Do" means way and "bok" means clothing which forms "clothing of the way".

Hand attacks are executed in different ways. These are used by athletes as a close distance alternative to kicks. There are two main types of hand strikes- Open hand and Close hand in which various surfaces of the hand are used to strike the target position of the opponent’s body.

Taekwondo have two types of playing area which is basically a flat, non-slip mat having following dimensions-

1. First one is a square surface having the side length of 12 m with 8m contest area and 4m safety/alert area which is differently colored than the contest area.

2. The second one is a 10-12 m square surface consisting of an octagonal contest area having 8 m diameter with the side length of 3.3m. The remaining portion is the safety area.

He/she is the controller of the match who starts and ends the match, supervises the athletes and indicates their fouls.

The overall controller of the competition area who confirms the match decision.

Responsible for recording the judges’ decisions and also times the matches.