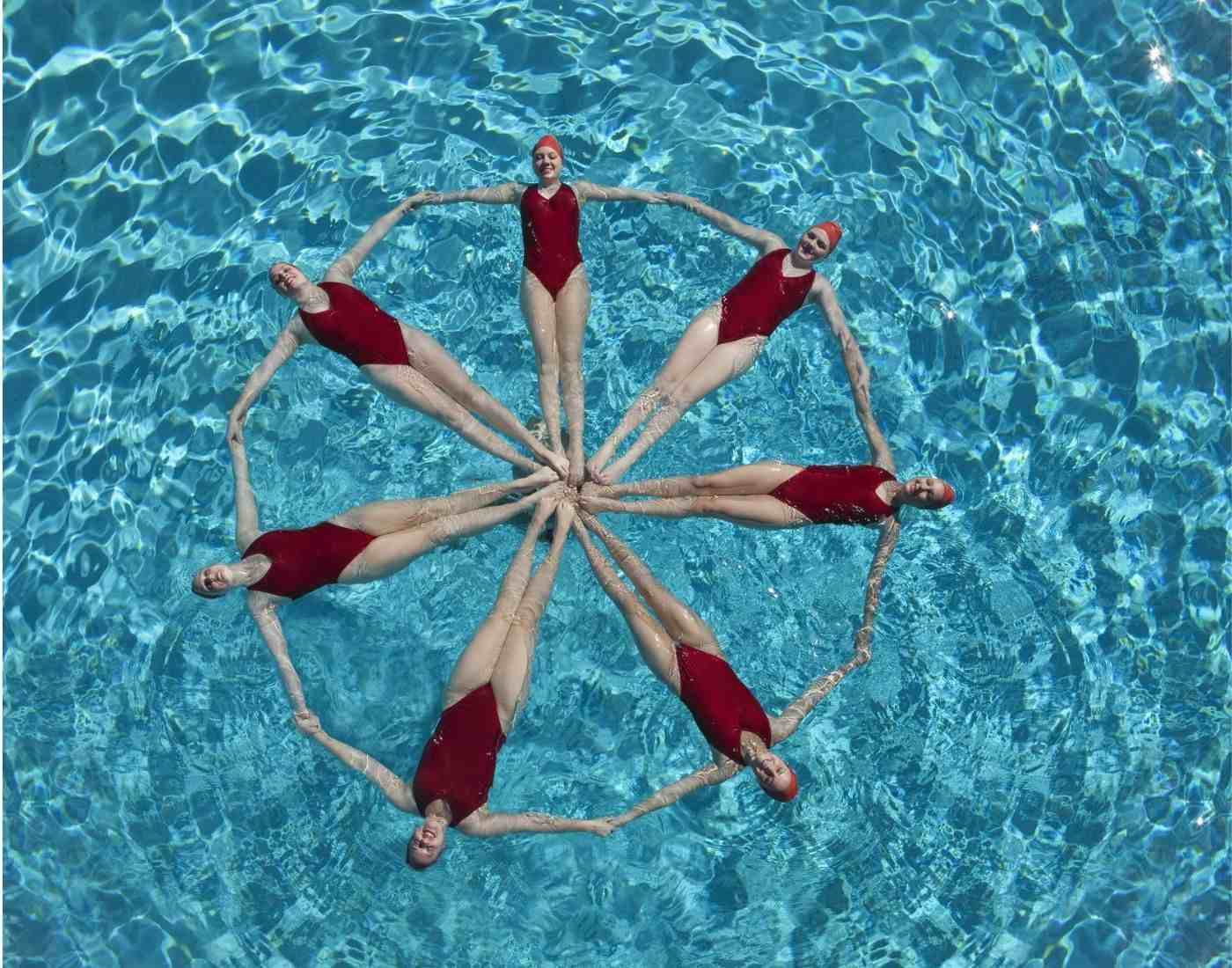 Synchronized Swimming is a combined form of swimming, dance, and gymnastics in which swimmers perform figure routines with a combination of strokes and propulsions. This synchronization is accompanied by music. It was first begun in Canada during 1920s and within a decade, became much-publicized in U.S. It became an Olympic sport in 1984. At present, more than 80 nations participate in this sport.

The participants perform free as well as technical routines the former following latter by using any stroke or propulsion method. In free routines, swimmers perform individually whereas, in technical routines, they follow some specific patterns to swim in specific routines at the same time. Figures are performed at fixed positions. Scores are given for figures, technical routines, and artistic impressions. Points can be decreased for any flaws in the performance or violating any rule. After adding all scores and subtracting penalty points, participants get their final scores. In major events, routine competitions are held in preliminaries and semifinals followed by figure competitions which swimmers have to qualify to reach finals.

It is like a Jell-O which is mixed with water and is applied on hair with the help of a comb leaving it untouched for few minutes, making the hair to stick at their place and thereby not hindering the player's performance.

It is used to protect the ears from the intrusion of water. Pool water causes earaches and several diseases due to chemicals present in it. Ear plugs are made of soft plastic or silicon so that it can quickly adjust to the ears' size without causing any inconvenience.

It is a wire made device covered with plastic or rubber and is worn during aquatic sports to prevent the water from getting inside the nose. The clip blocks the nostrils partially and permits the swimmer to breathe only.

Swim caps are usually worn by long haired swimmers to protect their hair from chlorinated water and to reduce drag in the water caused by loose hair.