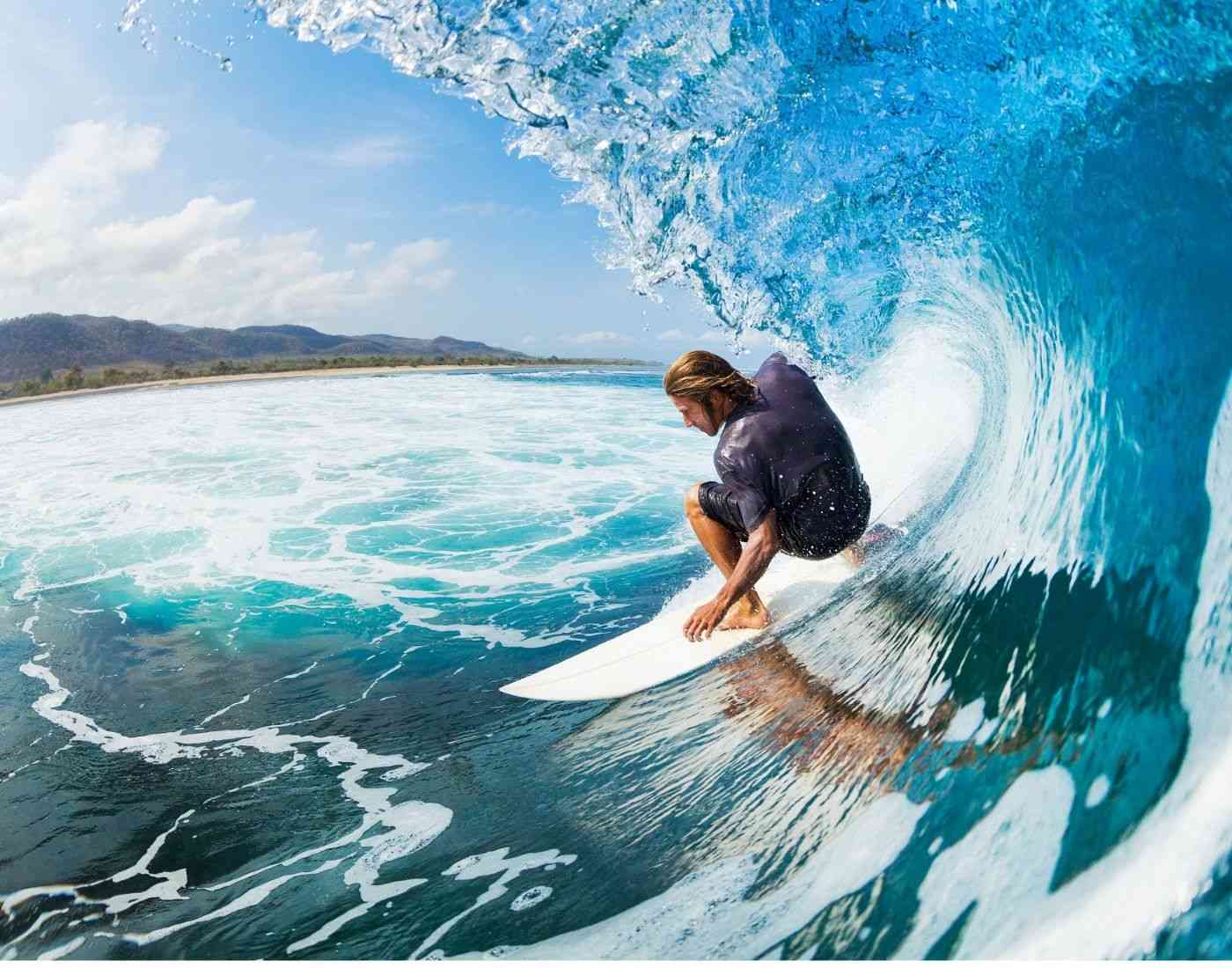 Share:
Surfing is a water sport (surface water) in which the surfer (wave rider) rides on the deep or forward surface of a moving wave, which often carries the surfer towards the shore. The sport is exhilarating for both surfers as well as spectators with the objective to ride breaking waves for as long as possible, performing tricks and manoeuvres to impress a panel of judges. The modern sport uses surfboard (either a short or a long board) for riding a wave but the natives of the Pacific surfed waves on paipo, alaia and other such craft, and did that on their belly and knees. The sport was first observed by British explorers at Tahiti in 1767 while George Freeth is credited (often) as the "Father of Modern Surfing" and is thought to have been the first modern surfer. The professional competitions of the sport were started in 1975 and Margo Oberg became the first professional surfer that year. There are many variations of the sport- bodyboarding, bodysurfing, kneeboarding, surf-skiing, kite surfing and windsurfing. One of the best categories is tow-in surfing, in which the boarder is hauled by a boat on to waves so big and powerful that they could not be caught any other way.

For a long time, surfing was a focal piece of old Polynesian culture. British adventurers may have first seen surfing at Tahiti in 1767. Samuel Wallis and his crew members from HMS Dolphin who were the main Britons to visit the island in June of that year. Another hopeful is the botanist Joseph Banks being a part of the first journey of James Cook on HMS Endeavor, who touched base on Tahiti on 10 April 1769. Lieutenant James King was the first individual to expound on the craft of surfing on Hawaii when he was finishing the diaries of Captain James Cook upon Cook's passing in 1779.

References to surf riding on boards and single canoe hulls are likewise checked for pre-contact Samoa, where surfing was called fa'ase'e or se'egalu and Tonga, far pre-dating the act of surfing by Hawaiians and eastern Polynesians by over a hundred decade.

George Freeth is frequently credited as the "Father of Modern Surfing" and as being the first modern surfer.

In 1907, due to the varied interests of the land baron Henry E. Huntington, he conveyed the ancient craft of surfing to the California coast. While on an excursion, Huntington had seen Hawaiian young men surfing the island waves. Searching for an approach to tempt guests to the zone of Redondo Beach, where he had intensely put resources into real estate, he employed a young Hawaiian to ride surfboards. George Freeth chose to resuscitate the art of surfing, yet had little accomplishment with the large 16-foot hardwood boards that were famous around then. When he cut them down the middle to make them progressively manageable, he made the first "Longboard", which made him the discussion of the islands. To the enjoyment of guests, Freeth showed his surfing abilities two times per day before the Hotel Redondo. Another local Hawaiian, Duke Kahanamoku, spread surfing to both the U.S. also, Australia, riding the waves in the wake of showing the swimming ability that won him Olympic gold medals in 1912 and 1920.