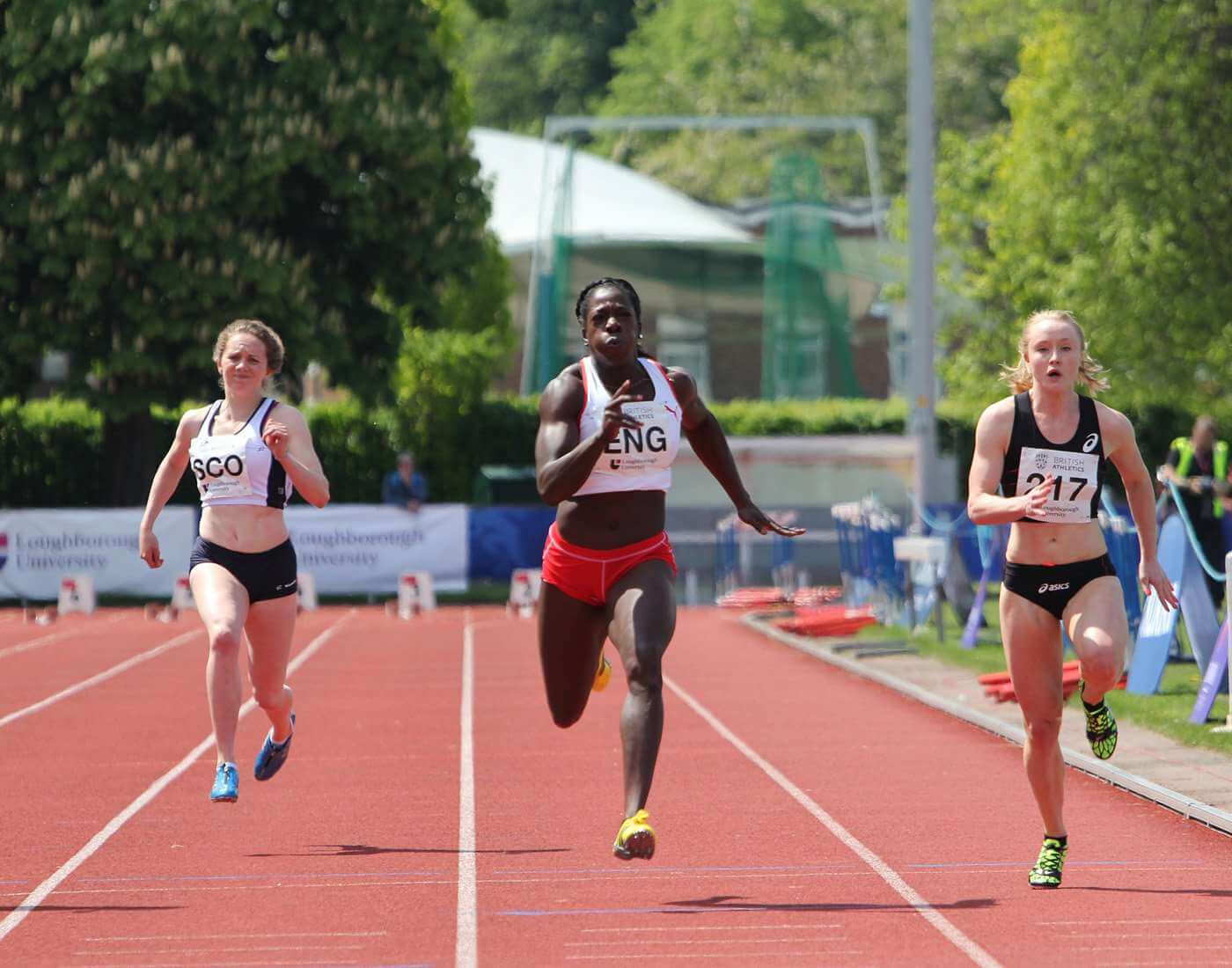 Sprint is an athletic track event which involves running over a short fixed distance in the quickest time possible. However, the term sprint is used in many sports that incorporate quickly reaching a target or a goal. In track and field events, athletes start from blocks set in staggered positions (except in 100m in which all runners start behind the same line) and run in lanes. Moreover, 60-meter sprint race is conducted in Indoor Championships.

The first 100 m run took place at the first modern Olympics in Athens, Greece, in 1896. It soon became as the star event of the Olympic Games, with the winner of the race known as the ‘fastest human being in the world’. The first Olympic track events for women were held at the 1928 Olympic Games held at Amsterdam, Netherlands.

This race is also known as the Long Sprint in which athletes run 200 meters as fast as possible. In 1896, at the first modern Olympic Games in Athens, Greece, the 200 m distance was officially set to begin but due to some circumstances the race was not held. This event was included in the 1924 Olympics, Paris, as a Men’s track and field program. Later on, the women’s 200 meter event was added up in the Olympics in the 1948 London Games.

The first track and field competition was held at Exeter College, Oxford, Great Britain in 1824 that included a quarter-mile race of 402 meters. Later on, this event was dropped to 400 meters and was included in the first modern Olympics in Athens, Greece in 1896 but only for Men. The women’s event was later added in the 1964 Tokyo Olympic Games. Moreover, the men’s and women’s 400 meter races were featured for the first time in the 1983 World Championships held at the Olympic Stadium in Helsinki, Finland.

The main objective of the athletes is to run over a short distance with full stamina and cross the finish line in the fastest time possible.

The International Association of Athletics Federations (“IAAF”) organizes athletic championships throughout the world and is the only global governing body. The Male and female athletes compete as individuals in sprint events belonging to different countries. Moreover, Americans and African athletes have been more successful in Sprint races as it is believed that this is due to the following factors:

Commonly, Sprinters need two types of shoes that are the training shoes and sprinting spikes. The sprinting spikes are usually designed to be light weight with a minimal cushion on the heels. They include a plate on the forefoot to keep the runner on the toes. The spike plate has a maximum of eleven cleats which are not more than nine mm long offering maximum traction.

Sprinters wear a pair of shorts and a short-sleeved or sleeveless T-shirt or a top indicating the athlete's number.

1) On Your Marks: At this point the athlete is focused on the track, with his / her feet placed in the blocks and fingers on the ground behind the starting line. Note: The hands should be placed such that they are slightly away from the shoulder width with muscles relaxed.

2) Set: On the “set” command, athletes raise their hips a little higher than the shoulders. In this position the runner concentrates deeply and holds the breath so that he can propel his body forward at the start. The interval between the ‘Set’ ready position) and ‘Go’ (take-off for running) is the time when the athlete pushes off the blocks and is commonly called as the ‘reaction’ time.

4) Acceleration: The sprinter reaches the running position between the fifth and the eighth stride. The Athlete runs on toes and the heels never touch the track. The acceleration continues with a constant increase in stride frequency until the maximum speed is gained.

5) Stride: At around sixty meters the stride amplitude is at its maximum. Further, from eighty meter to the finish line, the athlete maintains a very high stride rate to cover the remaining distance within less time.

6) Finish Line: The timer is stopped only when the athlete’s chest crosses the finish line (The rule that came into force in 1932 Olympics held at Los Angeles).

1) Start: The race has a staggered start to make up for the tighter curve in the inside lanes whereas in 100 m, the athletes break out of the blocks explosively.

2) Curve: In this the athlete counters centrifugal force by leaning toward the inside of the curve. The transition from the curve surface to the straight-way is the hardest part of the race as the runners maintain maximum speed that leads to higher risk of slipping sideways due to the high centrifugal force.

3) Straightway: It becomes nearly impossible for the athletes to maintain their maximum speed all the way to the finish line. So, in the second 100 m round, the athletes run as fast as possible in comparison to the first round to cover the distance in lesser time.

4) Finish Line: The timer is stopped only when the athlete’s chest crosses the finish line.

1) Start: The stagger at the start is greater than the 200 m, as the race involves two curves. The athletes start fast and use long strides to cover the distance.

2) First Straightaway: The athletes reach their maximum speed in the second half of the first straightaway. They try to maintain their speed constant to complete the race.

4) Last Straightaway: Athletes finish the race by running for the last straight-way with their full capacity and strength to get the distance covered in least time.

5) Finish Line: The timer is stopped only when the athlete’s chest crosses the finish line.