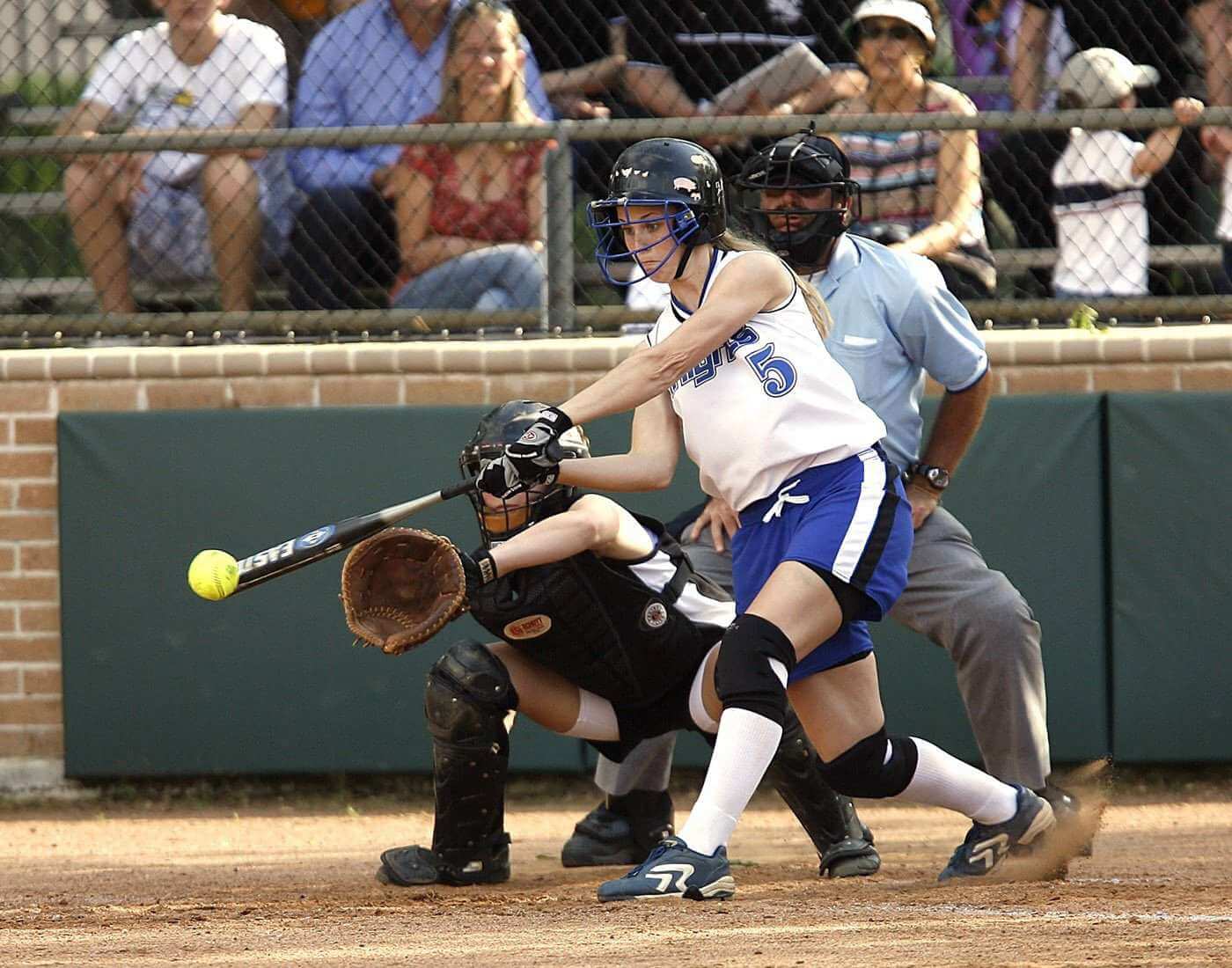 Softball is a similar game to baseball played with a larger ball on a smaller field. In this sport, two teams of nine players take turns to bat and field as they try to score the most runs round four bases laid out on a field of play. The team with more runs than the opponent at the end of the seventh inning wins the game. The sport was originated in Chicago, Illinois, United States on the Thanksgiving Day in 1887 as an indoor game.

George Hancock presented the first rulebook in 1889. In 1895, the game was moved outside by Lewis Rober Sr. in a vacant lot outside of the Minneapolis as an exercise for firefighters. At that time it was known as “kitten ball,” then changed to “diamond ball”. The other names this sport was given are “mush ball” and “pumpkin ball”. The sport got its name “softball” in 1926 because the ball used in the game is a softball.

The first world championships of the game took place in 1965 for women and one year later for men. Softball (for women only) was also a part of Olympics from 1996 to 2008 but removed later. It will be a part of 2020 Olympics along with baseball.

It is played on fast pitch with nine players per team. Bunting and stealing are permitted in the game.

It is a slowed-down version of the fast-pitch softball which restricts the windmill windup of the pitcher.

Played with 10 players per team and the ball measures 11-12 inches in circumference and must arch on its path to the batter.

Two teams of nine players each compete against each other. The players are referred by their playing positions on the field. The defensive positions are pitcher, catcher, first baseman, second baseman, third baseman, shortstop, left fielder, center fielder and right fielder.

The ball used in softball isn't as soft as the name of the sport suggests. The ball is serviced via an underhand motion and hit with a bat. The softball construction matches with the baseball to a certain degree and has minor differences only including the size.

The softball bats have a narrow barrel and a long body. The bats are manufactured from wood, aluminium or composite materials like carbon fibre.

A large, cushioned, leather glove is worn by the players of the defending team that allows catching the ball. The shape and size of a player’s glove varies, depending on his position on the field. A catcher’s glove also known as Mitt doesn’t have finger holes and has a longer pocket than other fielders’ gloves which have finger holes and are well padded to protect the fingers. Softball gloves are longer and wider than baseball gloves because these are used to catch a bigger ball.

Helmets have two ear flaps to protect the side of the head and are worn by batters and runners. A face mask or a cage is optional.

Shoes with cleats or spikes are worn by players in which the cleats must not extend 19mm length. Metal cleats are prohibited.

Players wear lightweight short-sleeved shirts (jersey) and sliding shorts that protect the upper thighs when sliding into a base. Some male players also prefer to wear long, baseball-style pants.

The Softball field is divided into the fair and foul territory. The fair territory consists of the infield and outfield and the area beyond the outfield fence is the foul territory. The infield is a diamond shaped area (with 60 feet long baselines) consisting of first, second and third bases, the home plate and the pitcher’s mound. The pitcher’s mound is a flat circle with 8 feet radius and is the place from where the pitcher throws the ball to the batter and is in the middle of the infield.

The home plate is a 5-sided slab of rubber and the other three bases are in a counterclockwise order from the home plate and are called first base, second base and the third base. There is a one batter’s box on each side of the home plate. The right-handed batter stands in the left-side batter’s box and vice-versa.

The outfield is made either from grass or artificial turf and it is the area where the outfielders play. Two foul lines extend out from the back home plate to the foul poles at the edge of the outfield. The ball is not in play if hit outside the foul lines. The warning track runs along the fence which is a strip of dirt/gravel and is a warning sign for outfielders.

Pitchers throw the ball in a variety of ways, each of which may have different velocities, trajectory and arm angle. These variations are introduced to confuse the batter in various ways. The main types of pitching are the fastball, changeup, curveball, dropball, riseball, screwball, dropcurve and dropchange.

Batters grip the bat firmly around the handle with hands close together and fingers aligned at the knuckles.

The three main steps used in batting are:

The number of umpires in a softball match can range from minimum one to a maximum of seven, one at each base (first, second and third base), one at the home plate and three positioned in the outfield. They are responsible for officiating the game including the beginning and ending, enforcing the rules of the game, making judgement calls on play and handling the disciplinary actions. Some fastpitch softball games use only two umpires, one as a plate umpire and one as a base umpire.