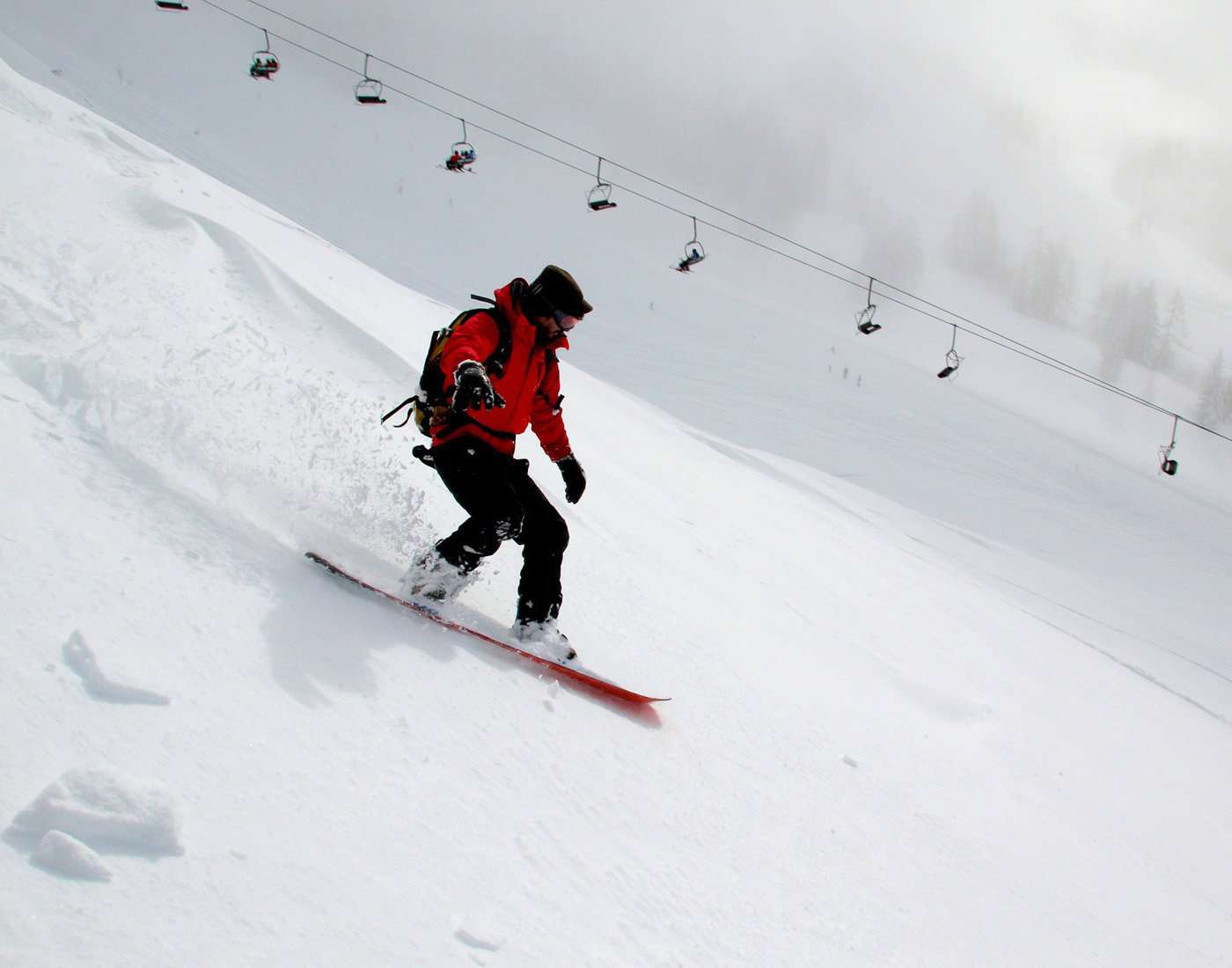 Snowboarding is a winter sport which is performed on snow-covered slopes on a snowboard attached to the rider’s feet. The sport was originated in 1965 when an engineer from Michigan invented a toy by fastening two skis together and named it "snurfer" (combining snow and surfer) after which it became popular and many snowboards were made in the next few years. The first world championship halfpipe competition was held at California in 1983. Snowboarding is also a part of winter Olympics since 1998 and was first featured in Winter Paralympics in 2014. The international federation of snowboarding (FIS) was founded in 1924.

To race down the course in the fastest time possible or to win the competition against one’s competitor, it depends upon the discipline in which the snowboarder is competing.

Snowboarding was created in the United States during the 1960s as individuals the nation over started to search out new winter exercises. Throughout the following decade, different companies manufactured boards in a high number, and the game started to pick up global intrigue. Surfers and skateboarders wound up included, and by 1980, snowboarding was an across-the-nation movement.

In the late 1970s, snowboarders began to "invade" conventional ski resorts, however, faced restriction from skiers who attempted to prohibit the snowboarders from "their" mountains. By the 1990s, in any case, practically all ski resorts had acknowledged snowboarding, and the hotels have observed the snowboarders to be a brilliant wellspring of new income.

Organising new competitions was the following logical step. The United States held its first national titles in 1982 and hosted the initial World Championships in 1983. The International Snowboarding Federation (ISF) was shaped seven years after the fact, and the International Ski Federation (FIS) presented snowboarding as a FIS discipline in 1994. This helped prepare for snowboarding's incorporation in the Olympic Winter Games.

Big Air- In this event, the snowboarders perform tricks in the air after launching off a very long jump. The aim of the riders in this event is to attain a sizable height and distance and to secure a clean landing.

In this event, four to six snowboarders race down a course against each other. The course (having banked turns and berms) makes it challenging for the riders to stay in control while maintaining maximum speed.

Men and women compete as individuals or in teams in various disciplines of snowboarding.

The device that connects/binds a ski boot to the ski is known as a binding. It fixes the boot at the toe and heel.

Snowboards are used in snowboarding events which are designed to glide over the snow.

Gloves act as a protective covering against ice-cold weather and other external forces.

Snowboarding goggles are used to protect the eyes of the skier. While snowboarding, these goggles save eyes from wind, snow, and harmful UV rays.

The snowboarders are instructed to wear the suits above the innerwear. The innerwear maintains the flexibility of the body, whereas the race suit saves the body from cold.

The course for each of the discipline of snowboarding has different measurements:-

Slalom courses are around 80-180 m long and include a series of turns. The course is similar to the slalom course of alpine skiing.

It is a semi-circular ditch or a ramp made up of snow and is around 8-23 feet deep.

The course for this event is quite narrow and includes banked turns, jumps, rollers, drops, berms, steep and flat sections.

It is a course which includes a variety of obstacles for the snowboarders to pass through which includes rails, jumps, boxes, jibs and other terrain park features

Switch refers to a trick performed by a snowboarder while travelling backward or the opposite of his/her natural stance when no trick is being performed. The terms switch and fakie are used interchangeably in snowboarding.

It is a technique performed along the surface of obstacles like rails and funboxes. Slides can be performed in various ways by a snowboarder. The main types are 50-50, boardslide, lipslide, noseslide, bluntslide, tailslide, etc.

Responsible for the smooth operation of the beginning of the event and determines the late or false start of the snowboarders. He/she must remain at the start until the end of the event.

Responsible for controlling the finish-line operations and checks whether a snowboarder has finished the race or not.

Responsible for the preparation of the halfpipe/slopestyle courses.

Responsible for supervising one or more gates on the course and observe whether the snowboarder has followed the correct passage on the course or not.

Responsible for keeping the spectators out of the course.

To race down the course in the fastest time possible or to win the competition against one’s competitor, it depends upon the discipline in which the snowboarder is competing.