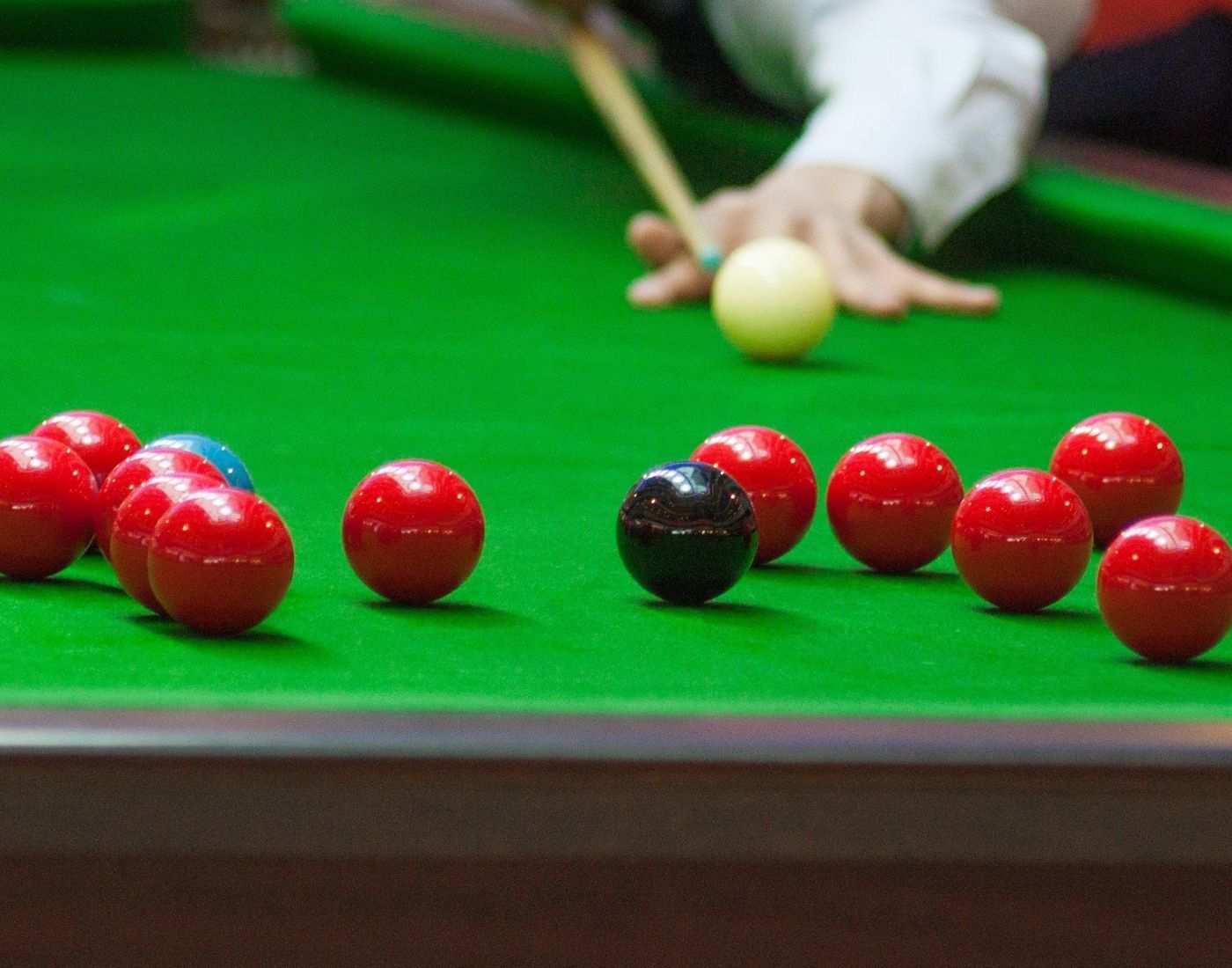 Snooker is a cue sport originated in India in the latter half of the 19th century by British Army officers stationed in Jabalpur. The starting game combined the two pocket billiards games played at that time, pyramid and life pool. The game is played on a 6-pocket table using 22 colored balls including one white cue ball and a cue (stick) where players use cues and the cue ball to pocket as many colored balls as possible in the correct order. The player with the highest number of points wins the frame (game). The global governing body of Snooker is World Professional Billiards and Snooker Association (WPBSA) for professionals and International Billiards & Snooker Federation (IBSF) for amateur players.

Individuals (one player each side) or teams compete to win the game.

Snooker is played with 22-balls which includes one white cue ball, 15 reds balls (one point each) and six colored balls. The balls have a diameter of 52.5 mm and are generally made of plastic.

One or two pieces tapered sticks are used to play snooker whose tip should measure 11-12 mm in diameter and weigh between 16.5-18.5 ounces. The sticks are usually made of hardwood.

A six-pocket table is used in snooker which measures around 11.71 x 5.83 feet (commonly 12 x 6 feet). The height from the top of the cushion and the floor is around 2 ft 9.5in to 2ft 10.5in. The snooker table has rubber rails and the slate bed is about 2 inches thick.

A good stance help the players in achieving the balance needed to play the shots but there is no rule regarding a player’s stance. However, a common stance opted by many players is bending the front leg and keeping the back leg straight so that the body weight of the player is evenly distributed.

Snooker is played on a six-pocket table which measures around 11.71 x 5.83 feet (commonly 12 x 6 feet) with the pocket size of around 3.5 inches. The height from the top of the cushion to the floor is around 2 ft 9.5 in to 2 ft 10.5 in. The snooker table has rubber rails known as cushions and the baize-covered slate bed which is about 2 inches thick. A straight line is drawn at 29 inches from one end of the table (the bottom cushion) and is called the Baulk-line and the 29 inches area is known as the Baulk in which a semi-circle of 11.5 inches radius is drawn called a 'D' which has its center in the middle of the baulk-line.

Maintains a record of each stroke played, fouls made and points scored by each player or side.