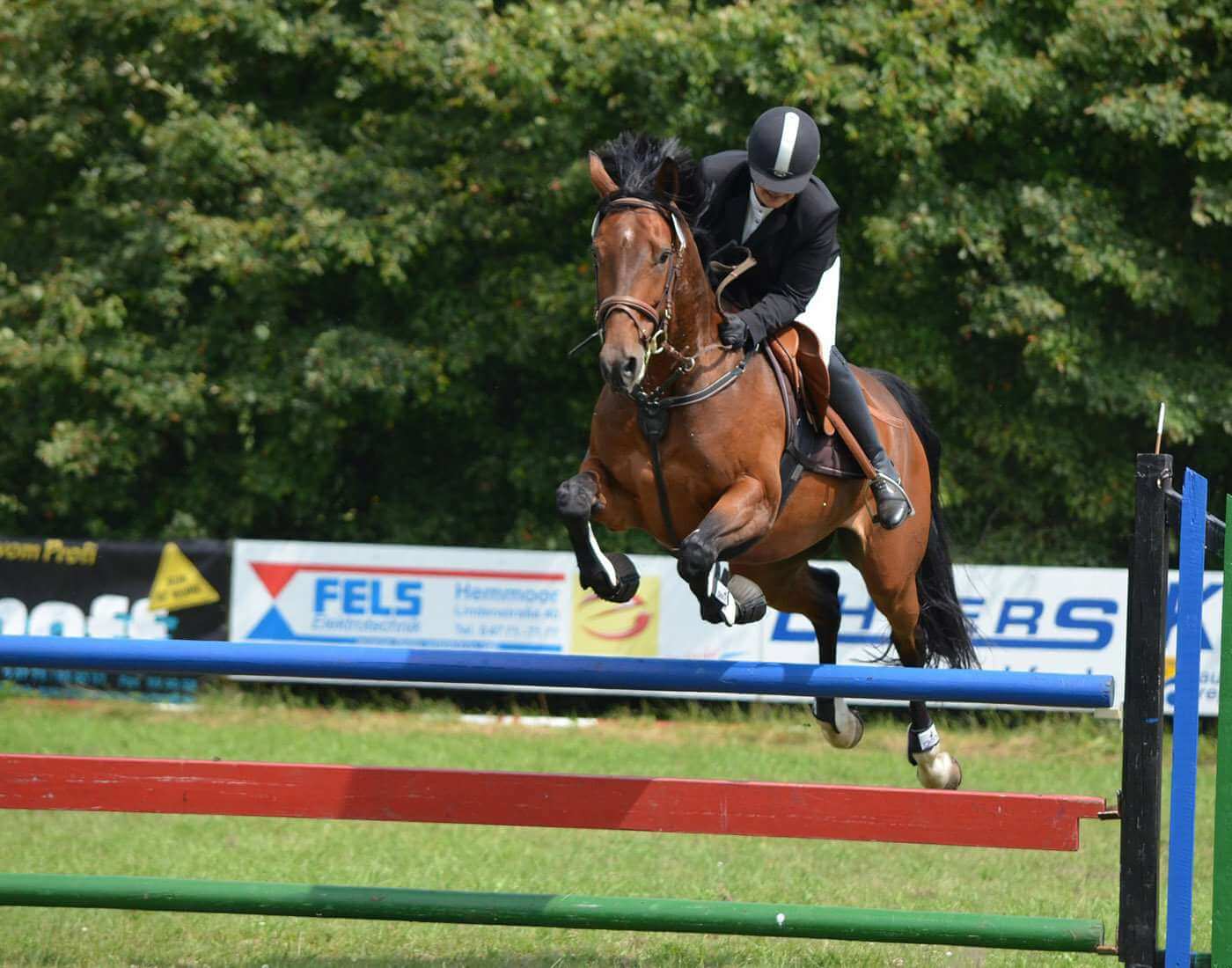 Show Jumping also called "open jumping", "stadium jumping" or "jumping" is an equestrian sport which involves horse and rider partnership jumping over the course of 10 to 13 knockable obstacles in an arena with penalties incurred for each of the obstacles which are knocked down or refused. The "Inclosure Acts" in the 18th century first encouraged the jumping of horses to come about. At the end of 18th century, a sport named "lepping" began to take place in France.

In 1869, horse leaping came to prominence at the Dublin horse show and then after 15 years Lepping competitions were brought to Britain. The first major competitions of show jumping took place in England in 1907 at Olympia. The sport in its modern form was added to the Olympic Games in 1912.

The two types of events that take place are -

Male and female athletes compete on equal terms (as individuals or in teams) in various show jumping events.

Riders wear an equestrian helmet with a harness to protect their head in case of falls.

Riders wear a white stock tie while competing. It is worn with a pin stuck through the knot known as stock pin.

Martingale is a strap used to control the horse’s head carriage and prevent the horse from raising its head too high.

Boots and wraps are fitted to the horse’s legs to protect them from knocks, tendon damage and other injuries.

These are used to protect the horse’s underside from injuries by the shoe studs of the horse at the time of jumping.

It is a part of the horse’s bridle that is encircled around the nose and jaw of the horse.

This device is placed in horse’s mouth (on the gums) and the headstall is placed at the horse’s head.

One bit bridle is used in jumping events.

Stirrups are a flat-based metal frame or rings attached to the saddle by adjustable strips of leather that are used in mounting and as a support for rider’s legs.

Saddles used in jumping have smaller flaps that are curved at the front to allow the stirrup leathers to be short. For safety reasons, the stirrup hangs freely from the bar of the saddle and the outside of the flap.