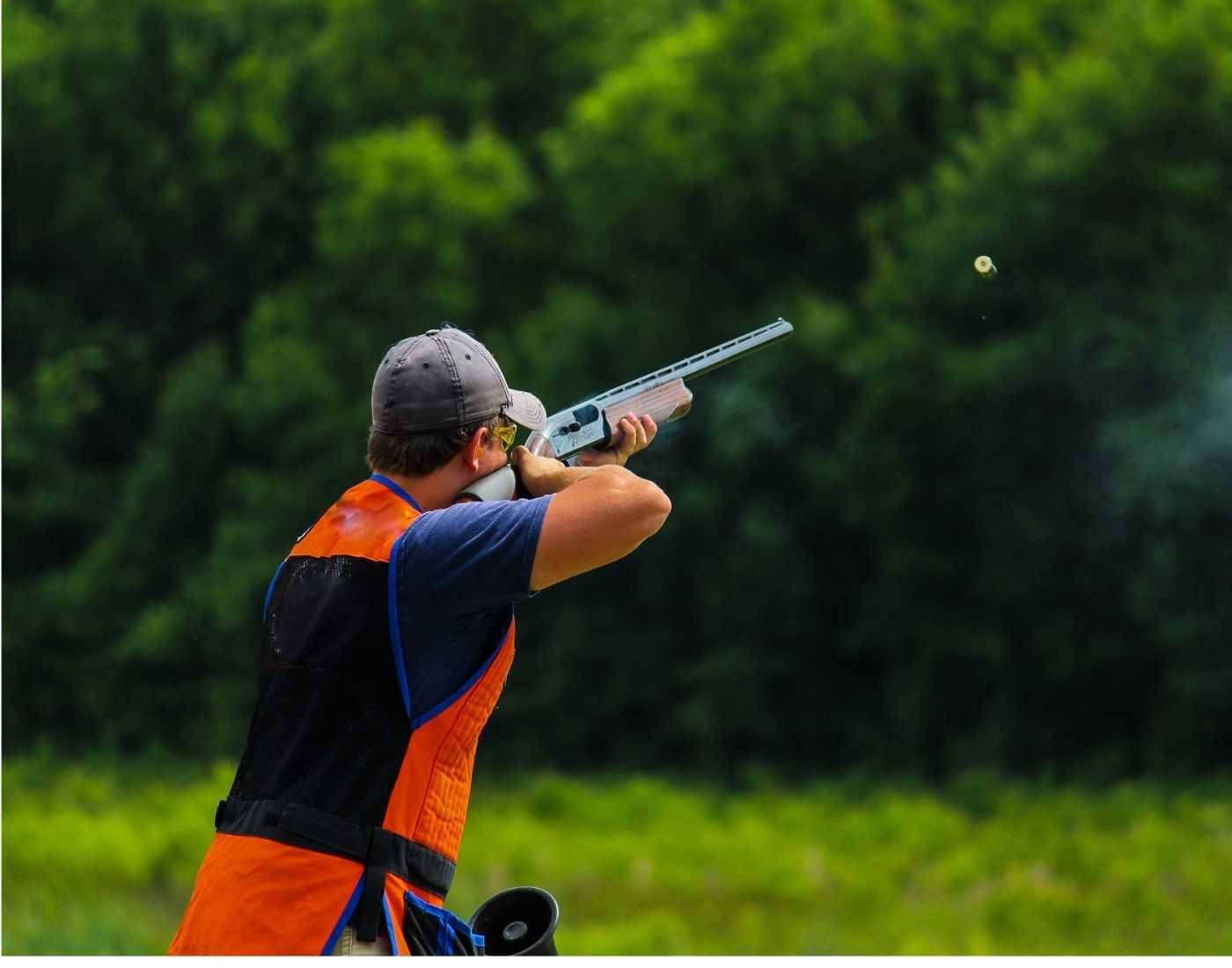 Shotgun shooting is a shooting event in which shooters use a smooth-bored (unrifled) shotgun to shoot at clay targets that are released from a machine called a trap. Clay target shooting can be broadly split into three categories- skeet, trap and sporting. Skeet and Trap are both performed at the Olympic Games, while sporting involves shooting at targets designed to simulate those found in nature. Shotgun shooting with clay targets first emerged in the 1880s.

Shotgun shooting featured at the first Olympics in 1896, and the line-up of events has frequently changed since then. The first World Championships featuring shotgun shooting were held in 1897.

Both men and women participate in all the three (trap, double trap and skeet) events of the shotgun shooting.

A shotgun is similar to a rifle but have some variations. 12-bore shotguns are used which fire cartridges containing small pellets. Trap-shooting guns weigh 4 kg (heaviest) and have the longest barrels. Double trap guns are similar to the trap guns but the pellets have a wider spread. Skeet shooting shotguns weigh 3kg and have a shorter barrel. The shotguns have movable butt plates to adjust the length and height of the buttstock according to the shooter’s preference.

No specific clothing is required, but usually, shooters wear loose-fitting shirts and trousers that do not hinder their movement. Some shooters also wear a loose sleeveless jacket with large pockets to store their cartridges.