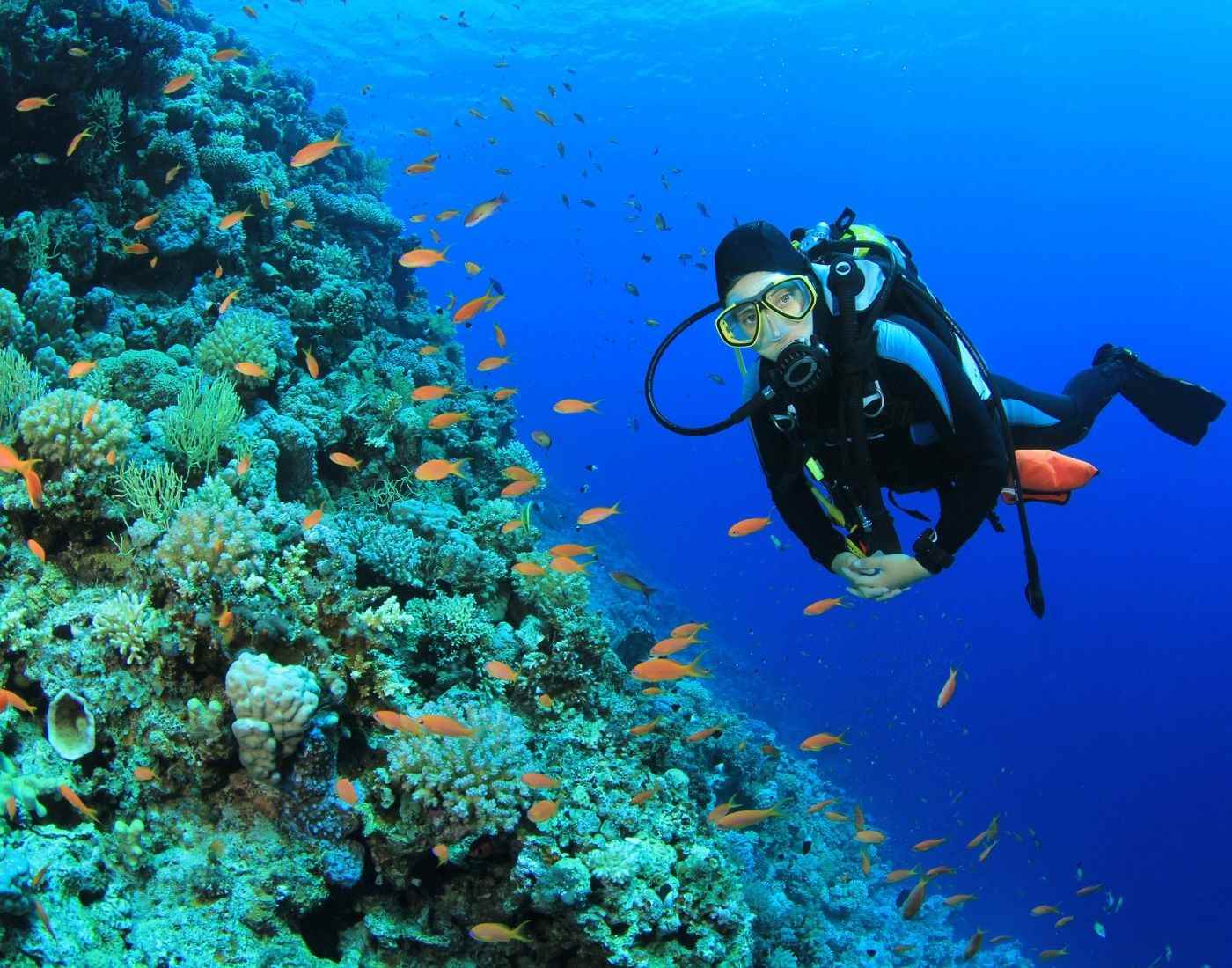 Scuba diving, one of the fastest growing extreme sports in the world today where every year thousands of people go scuba diving, whether for a course, a basic dive, or just for a recreational purpose. The word SCUBA is an abbreviation for Self Contained Underwater Breathing Apparatus, in other words, tools that allow breathing underwater. Scuba diving is largely done for the allure of the unattainable undersea world. It is that section of nature that human still has not been able to control fully, as we naturally are not able to breathe underwater and thus, scuba diving gives everyone a chance to be in that amazing unexplored world, even though it is just for a limited period of time.

Needless to mention that the underwater world is beautiful, with so many people going for scuba diving in Asia or in the Red Sea or the Great Barrier Reef which are some of the world’s best scuba diving destinations. The various colors and marine wildlife are so majestic in all these locations that people find themselves turning over and over again. The depth limit for recreational divers is between 30 and 40 meters (which equals to 100 to 133 feet).

If anyone wants to go deeper, specialized training or a specially trained partner is needed. Nuno Gomes is the current world record holder for deepest scuba dive at 318 meters (or 1044 feet). He attained the spot by defeating John Bennet (deceased), who dipped to 308 meters (or 1016 feet). A French diver, Pascal Bernabé, claims that he has been able to dive deeper (330 meters or 1083 feet), but the claim is still to be confirmed.

Multiple creators and researchers worked hard to build up the advancements that would, in the end, change scuba diving into what it is today:

Every one of these progressions prompted the advancement of two distinct sorts of breathing frameworks going ahead: The Open and Closed circuit frameworks.

These were the principal frameworks that were regularly promoted toward recreational jumpers due to their simplicity of activity, an absence of dangers, and low prices. An advancement that made this sort of framework conceivable was that of the demand controller, which supplies oxygen on interest when the jumper breathes in.

The primary arrangement of this sort was created in 1878 by Henry Fleuss. It astonishingly enabled jumpers to remain submerged for three hours. Fleuss' innovation was enhanced continuously for a considerable length of time a while later.

The real headway in scuba diving innovation was the development of the adjustable buoyancy life coat. Before this gadget, on the off chance that if a diver was facing any issue underwater, at that point jumpers needed to discharge their weight so as to come up to the surface rapidly. This improvement enabled jumpers to adjust for the loss of buoyancy that is experienced far beneath the surface, making diving a lot more secure.

Before Dive computers, divers needed to depend on decompression tables to realise how to climb back up to the surface securely. Be that as it may, this technique was troublesome and tedious, in this way promoting the commencement of the dive computers. This innovation determined the best strategy for rising with the goal that jumpers did not experience the twists or other weight-related issues.