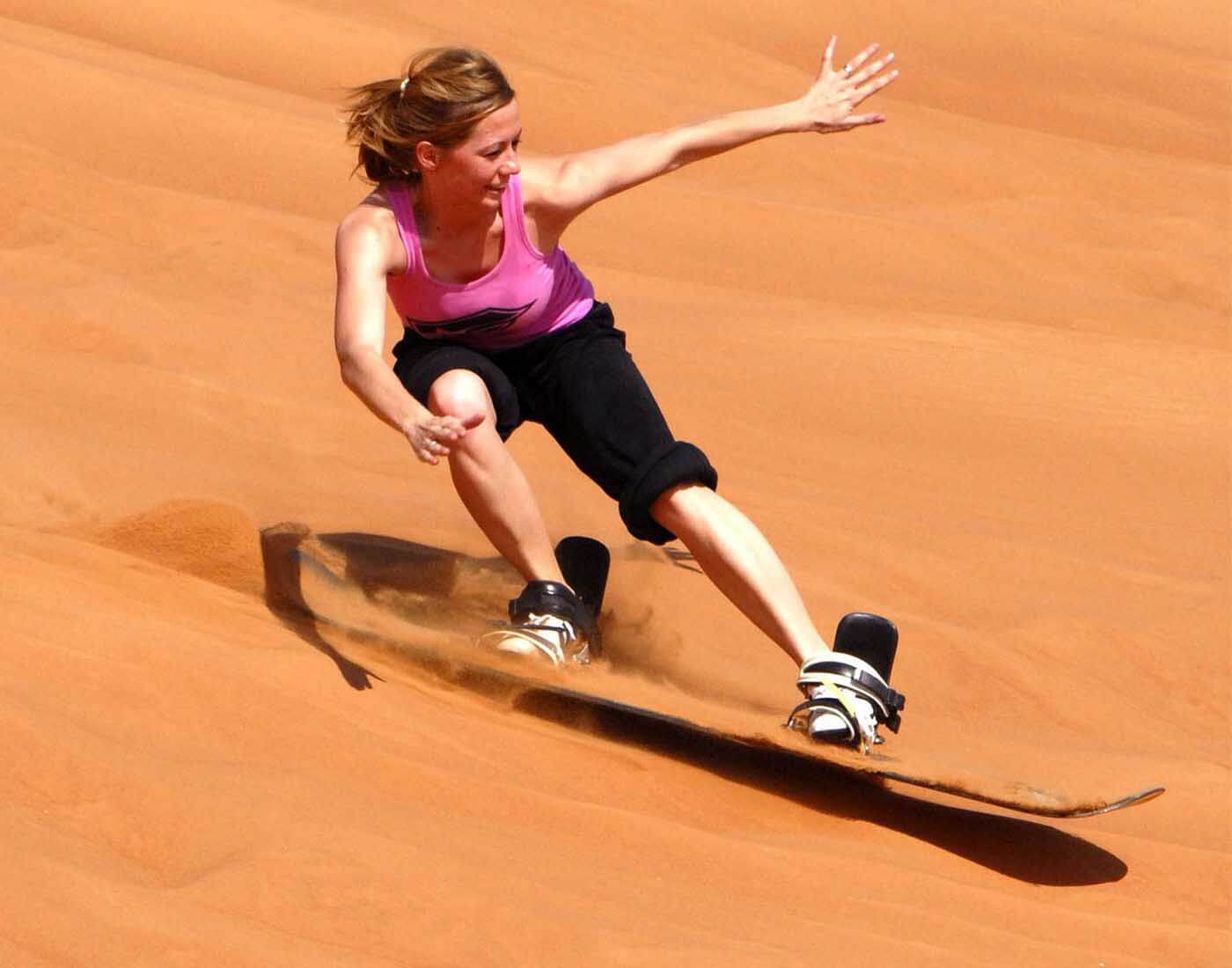 Sandboarding is an adventurous sport which involves combines surfing, skateboarding and snowboarding. The sport is similar to surfing but, here; players perform with specially designed sandboard to ride down or across the sand dunes.

The participants usually stand on a sandboard either by strapping their feet or standing loose without any bindings. Sandboarding involves various skills and tactics, such as sitting down on the board or using surfboards.

The sport is widely performed in desert areas, and the riders are required to walk or ride a beach buggy or a terrain vehicle to reach the top of the dune.

Sandboarding emerged in the 19th to 20th century. In ancient times it was believed to be performed by the Pharaohs (Kings).

It was primarily developed in the 1970s with the efforts of Gary Fluitt and Jack Smith. The sport developed after borrowing templates and ideas from snowboarding.

The sandboards initially used were broader and longer, designed with foot straps and slicks.

The Sandboarding World Championship is annually hosted in Hirschau, Germany which has the largest sand dune in all Europe.

Today, most of the communities are developed in South America, especially in Peru, which is the home to the highest sand dunes in the world. Some of these dunes are the hosts for major competitions.