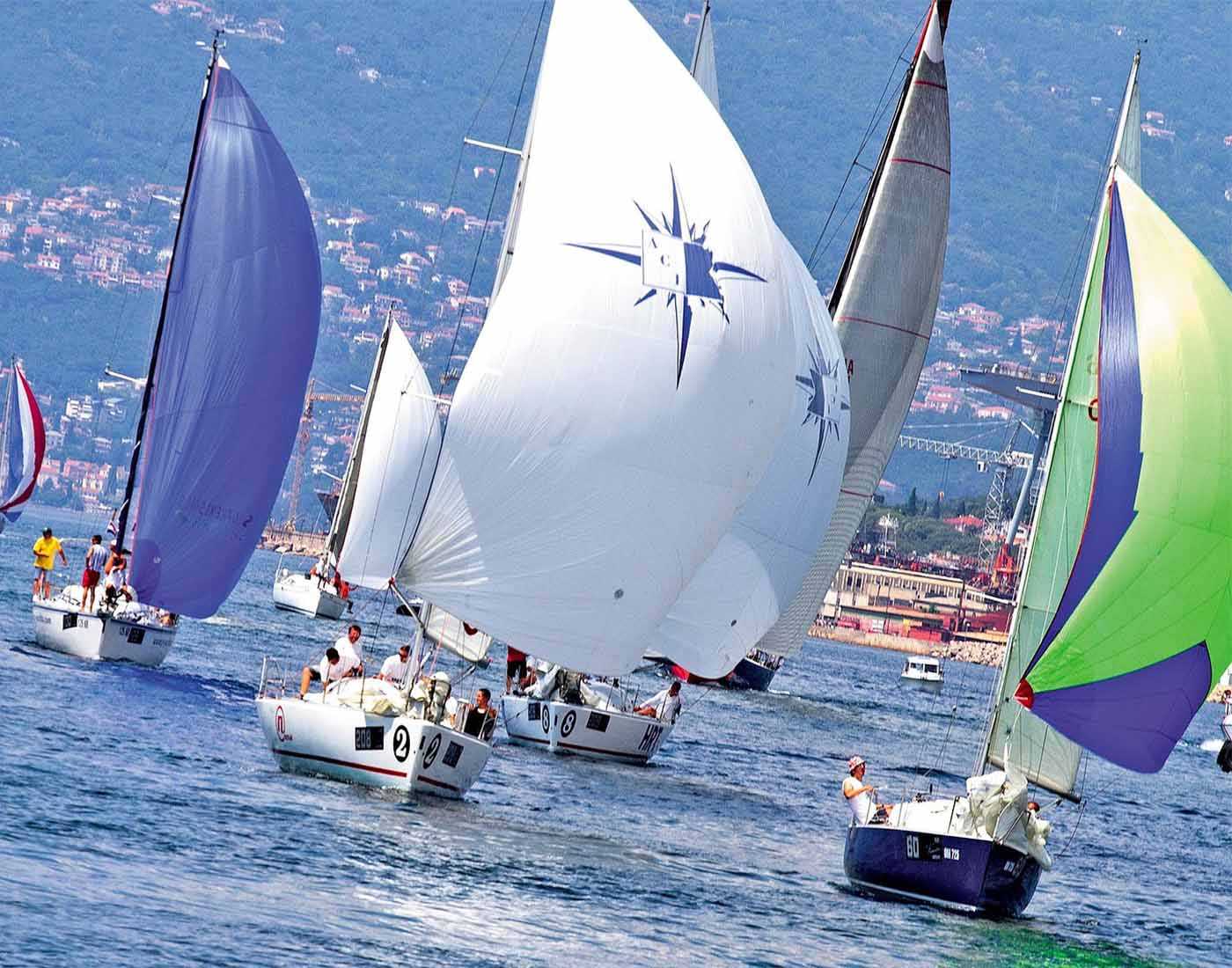 Sailing refers to a sport in which the boats propel on water arenas with the help of wind. The function of the sailboat is to travel forward with the help of the wind to win the race. Hence, the principal factor behind sailing is speed and wind.

The sailing is performed in such a way that it permits the wind to strike in a perpendicular angle and aids the boat/sail to propel faster. In this position, the wind pushes the boat naturally and thus, moves forward obeying nature's physics.

The modern competitive sailing has plenty of fans and is organized on a vast scale. Today, sailing has earned its place in the Olympics as well.

Sailing has emerged as an international sport where the racing activities on the club and regional level across the world have attracted greater mass than any Olympic competition.

On the water, sailing is a kind of regatta (a series of boat races), as well as various individual races and where the winner is that boat that performs best in all the series of races.

Sailing is a popular sport and was a prime means of transportation during the early 17th century in Holland. Since then, the event of sailing was introduced into England by Charles II. Later, sailing spread its wings to the American colonies. In 1720, with the growing popularity, the world's first sailing club was founded in the city Cork, Ireland. The oldest existing club in the United States is the New York Yacht Club, which was earlier founded in 1844.

In 1851, members of the NYYC raced the schooner America against British competitors around England's Isle of Wight. Later, it was renamed as America's Cup, making it the most prestigious event in international sailboat racing. From 1851 to 1983, the United States won every America's Cup. Today, with due course of time, a lot of advancement has been made in the sport. Now the sailors sail the advanced multi-hulled yachts that are aided by modern technology and sensors along with satellite generated weather reports.

The first governing body for the sport of sailing was established in Paris in October 1907. It was initially called the International Yacht Racing Union (IRYU), and later on 5th August 1996, the name was officially renamed as the International Sailing Federation (ISAF).

Since 1900, sailing has also been a part of the Olympic Games. In the new age present time, Olympic sailors compete in nine different classes which range from sailboards of 12 ft 1 inch (3.7 m) in length to 26-ft 9 inches (8.2 m) sloops.

Fleet racing is the most common sailing races that can be performed anywhere ranging from four to hundreds of boats in a race. In this variant of racing, at least three runs are required to be counted for a regatta. Each boat's place during the end of the race is added to conclude the final score. The twist in the game is that the lowest scorer wins.

During any race in this category, only two boats are permitted that can compete against each other. America's Cup is the highest racing event. The skills required in this racing are different from those of other races because the objective is to arrive at the finish line before the opponent, which is not necessarily as fast as possible.

It is the most often race occurring between two teams of three boats each. It also involves a similar technique to match racing but, has added dimensions that it is the overall scoring of the race which is counted. The sport is played by following a combination rule of "play one" i.e., 1-2 anything, the "play two" or 2-3-4 and the "play 4" that comprises of 1-4-5 combination. These combinations are regarded as one of the most challenging setups that a team has to follow and play offence against other teams.

A sail propels the boat that derives power from the wind and helps the sailboat to move. It is supported by a mast made of metal or composite material attached to the sailing craft and is controlled by ropes attached to the boat. Sails were traditionally made of flax and cotton canvas but now are usually made of nylon, Kevlar or other liquid crystal polymer fibers.

A sailboat utilizes the power of the wind to propel through the water. The boats are regarded as sailboats due to the presence of the sail.

Knee high boots usually made from leather with non-marking, slip-resistant soles are worn to keep the sailor’s feet dry.

Sailors wear waterproof gloves made with synthetic leathers from protection against rope burns and for having a better grip.

Sailors use a high collar, wind and waterproof jacket with tightly fitting cuffs. They are used in offshore sailing.

Chest-high waterproof/windproof trousers are worn by sailors that are heavily reinforced at seat and knees.

It is also a personal flotation device (PFD) that is to be inflated only if the wearer falls into the water. It turns the wearer into a face-up orientation with their bodies inclined backward.

These shoes are neoprene or solid rubber that keep a sailor’s feet warm and are flexible, non-marking and grippy.

Sailors use a high collar, wind and waterproof jacket with tightly fitting cuffs. They are used in offshore sailing.

It is a personal flotation device (PFD) used by dinghy crews that help in flotation without impeding swimming.

Sailors also use drysuits that are waterproof and breathable one-piece watertight suits in cold weather that keeps them dry if they capsize and end up in the water.

It is also a personal flotation device (PFD) that is to be inflated only if the wearer falls into the water. It turns the wearer into a face-up orientation with their bodies inclined backward.