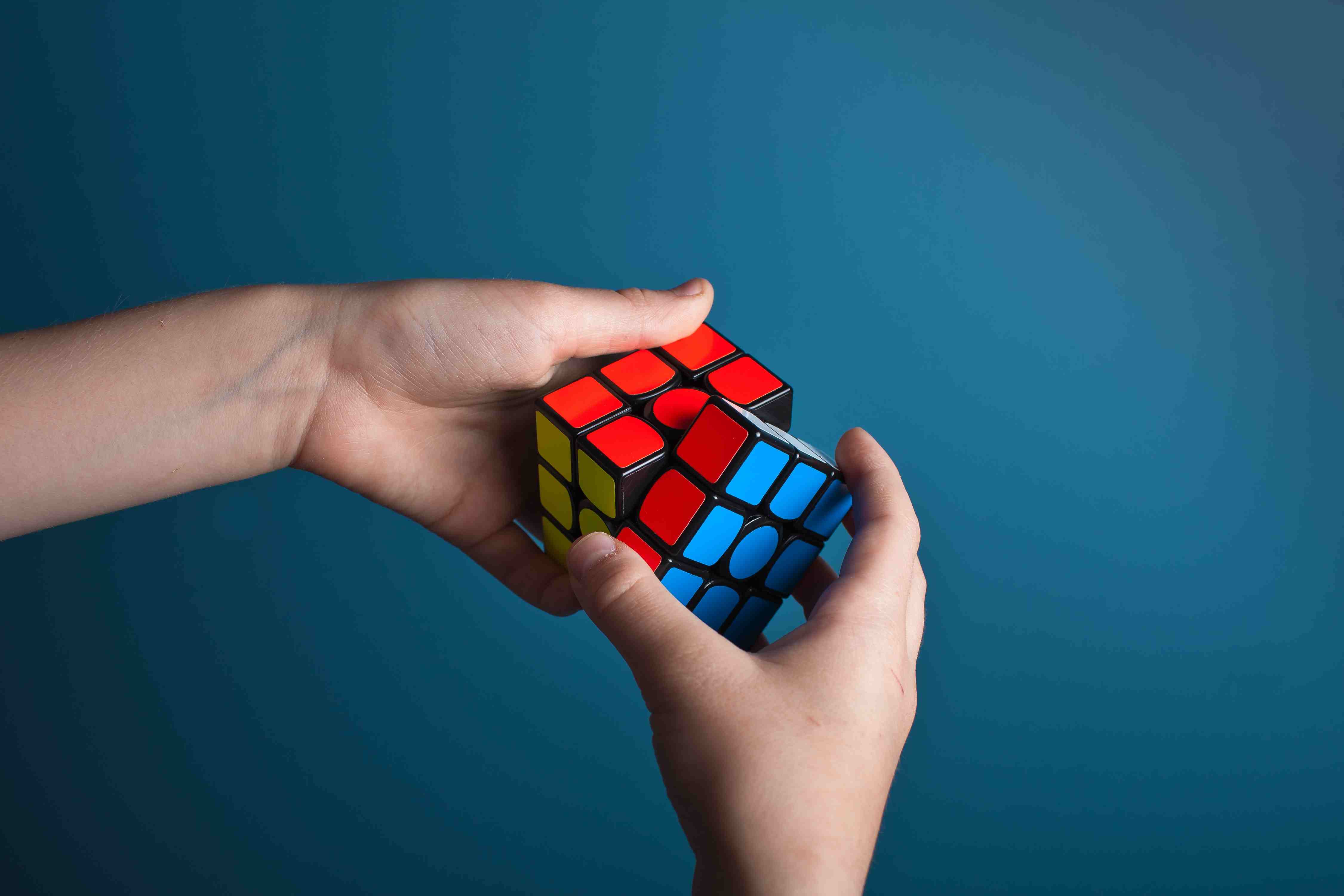 Rubik's Cube is a combination puzzle (3-D) invented by Hungarian sculptor and professor of architecture Ernő Rubik in 1974. Originally named the Magic Cube, the puzzle was licensed by Rubik to be sold in 1980 and based on its sale, it is the world's top-selling puzzle game and is widely regarded as the world's best-selling toy.

The activity of solving a Rubik's Cube in the shortest time possible is known as speedcubing (or speedsolving). A no. of speedcubing competitions takes place around the world. The first world championship organized by the Guinness Book of World Records took place in Munich on March 13, 1981. Although the game reached its height of mainstream fame in the 1980s, it is still widely known and used.

Cubes are sold commercially in variations of 2×2×2, 3×3×3, 4×4×4, 5×5×5, 6×6×6, 7×7×7 up to 22 layers but are not mass-produced for the public. WCA (international federation of the sport) holds a variety of events which include- Blindfolded solving, solving the cube using one hand only, with one's feet or in the fewest possible moves.

There are a number of methods used for solving a standard Rubik's cube but not all of which are intended for speedcubing. The most common methods are- CFOP method (used by most speedcubers), Roux method, ZZ method, Petrus method and Corners-first methods.

Stopwatch records the time duration within which the player arranges the squares.

A plastic cube having 5.7 cm side length is the main equipment used in Rubik competitions. The cube has six faces covered by nine stickers having one of the six colors: white, red, blue, orange, green and yellow. Each small cube is attached with each other using screws, and it enables to turn each face independently.