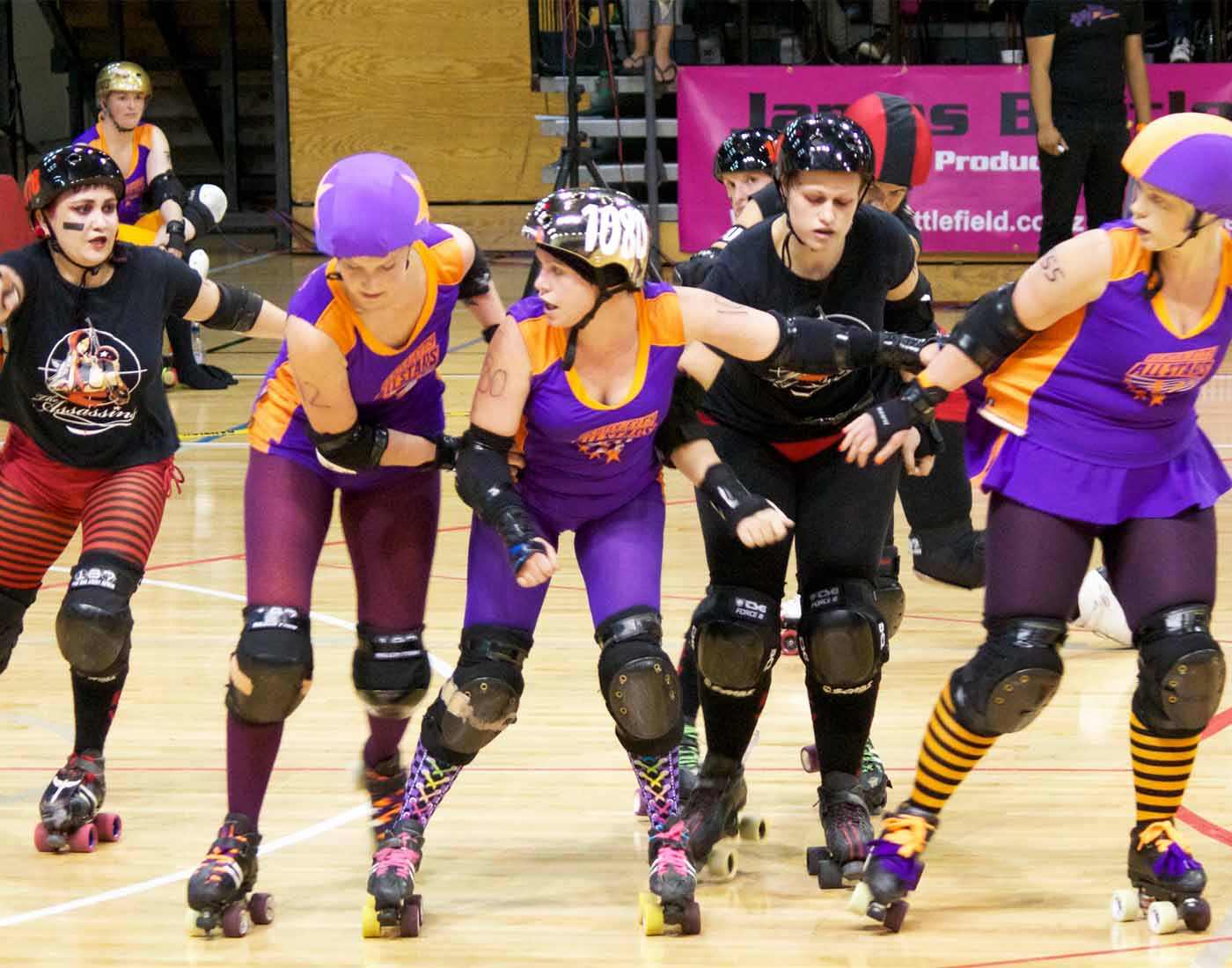 The Roller Derby teams consist of 15 players, but only five players are on track at any one time. These include one jammer, the only member of the team who can score points. Four blockers aim to block the opposition jammer, lapping them and eventually score points. Some general rules are as follows-

In the mid-1880s, the endurance races began to transform into the contemporary form of the sport by 1930s. Later, promoter Leo Seltzer created the Transcontinental Roller Derby, for professional skaters. Gradually, roller derby began to popularize in another form as "sidewalk skating" in various countries.

But, in 1999, Jerry Seltzer enhanced the sport and used the standard rules with a banked oval track. Inline skates were prominently allowed in the new matches, debuted in TNN (Spike TV). Roller derby then followed its modern revival in the early 2000s as an all-female women-organized amateur sport in Austin, Texas. After six years of the sport commencement, 135 similar leagues were conducted globally. Till today, there are over 2000 amateur leagues that are played worldwide in various countries, including Canada, Australia, France, Brazil, Germany, Norway, UAE, Egypt, etc. In February 2012, Roller Derby was recognized by the International Olympic Committee (IOC) as an official sport and later included it in the eight games of the 2020 Olympics. By May 2013, there were over 140 roller derby programs in the United States.

Roller derby championships are now streamed online, and there are archived videos of past sessions and tournaments. The WFTDA offers live streaming videos on Derby News Network. The FiveOnFive magazines cover, roller derby and diverse aspects such as business, training, junior roller derby, and nutrition.