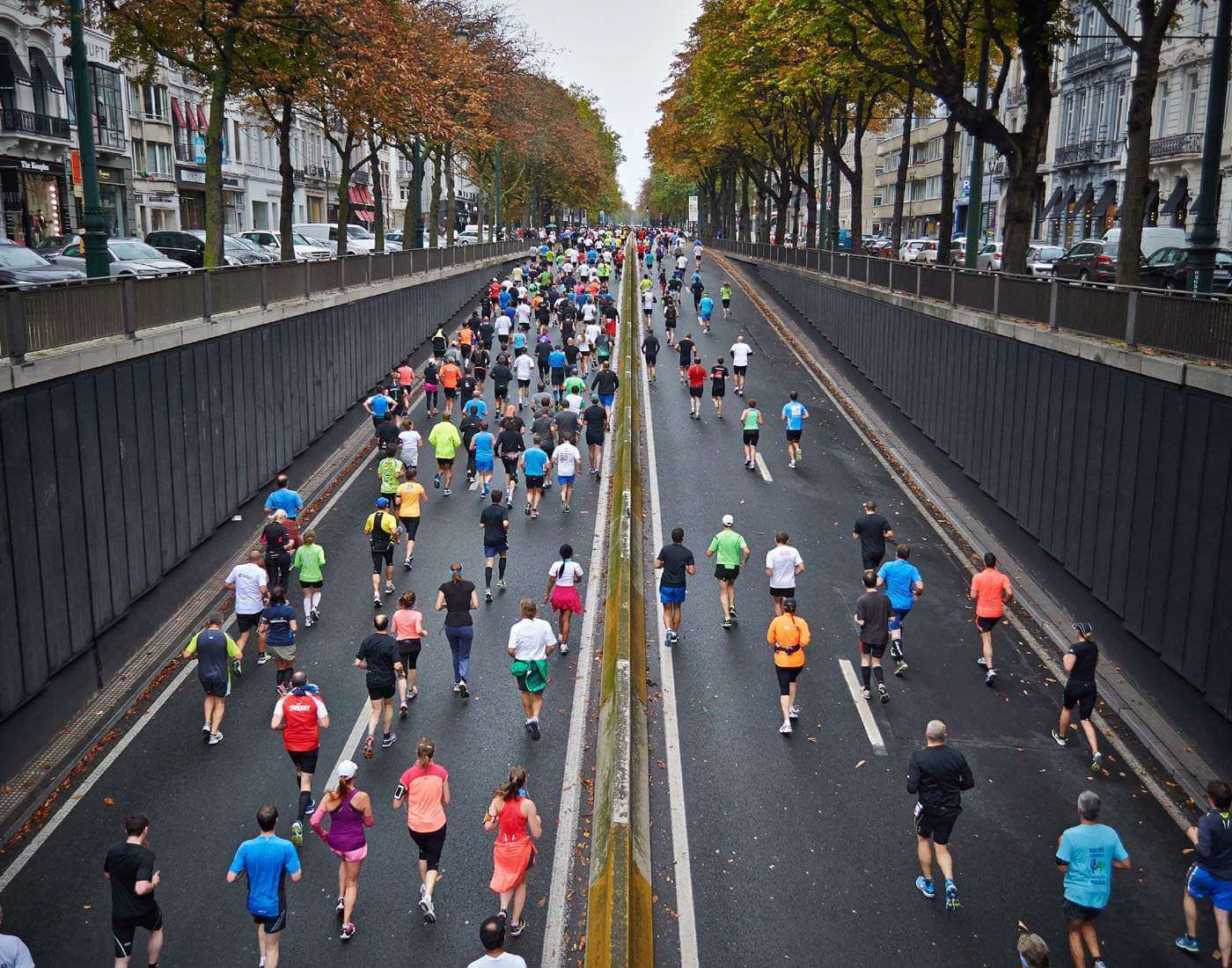 Road running in Athletics consists of Long Distance running on road courses.  This sport of running is quite different from cross country running over natural terrain and track and field on a regular track.

The main objective of this sport running is to complete the race (whole distance) in the fastest time possible.

This is the longest race on the Olympic programme in which the athletes run a distance of 26 miles and 385 yards (42.195 km). This sport of running takes place on road and the finishing order of the race is determined by time.

The Half-Marathon has become quite popular distance running course with thousands of events taking place globally every year. A road race of 13.1094 miles or 21.0975 km is exactly half the distance of full marathon and that is the reason why it is called Half-Marathon.

The five most prestigious marathon races at the elite level are conducted in the World Marathon Majors series which include the Berlin, Boston, Chicago, London, and the New York City marathons.

This event is named after the legendary 26-mile run made by a Greek soldier named Philippides (also known as Pheidippides) from the scene of the battle of Marathon to Athens, where he had announced the defeat of the invading Persians. His mission was accomplished but he promptly died of exhaustion after having apparently run 150 miles back from Sparta the day before.

The organizers of the first modern Olympic Games in 1896 Athens devised the marathon race over 40 km to celebrate the achievements of Ancient Greece.

Later on, the distance was extended to the imperial measurement of 26 miles at the 1908 Olympic Games in London and had increased by 385 yards when the starting line was pulled back so that it could be seen by the children in the Royal Nursery at Windsor and still finish in front of Queen Alexandra at the White City Stadium in West London. Afterwards the distance was standardized at 26 miles 385 yards (42.195 km) in 1921. The first women’s Olympic marathon took place at the 1984 Los Angeles Games.

During the 1950s, the race organizers looked to offer an alternative to the standard marathon distance for the athletes after which the half-marathon came into action.

Athletes from different countries participate individually in the events in the marathon and half-marathon races.

Loose fitted, lightweight shorts are worn by athletes that are made of breathable fiber.

In hot weather, some marathon runners may lose up to 3 liters of water per hour through sweating. Feeding stations provide them with water and drinks to keep them hydrated.

The timing is judged with the help of Electronic timing companies that utilize a technology called Radio- Frequency Identification (RFID for short). RFID technology is then placed either in a shoe chip that is tied to shoelaces, ankle bracelet or a disposable race bib. Moreover, the RFID timing mats are placed at the finish line of the race so that as soon as the runner crosses the line their times will be recorded automatically.

To complete the race (whole distance) in the fastest time possible.