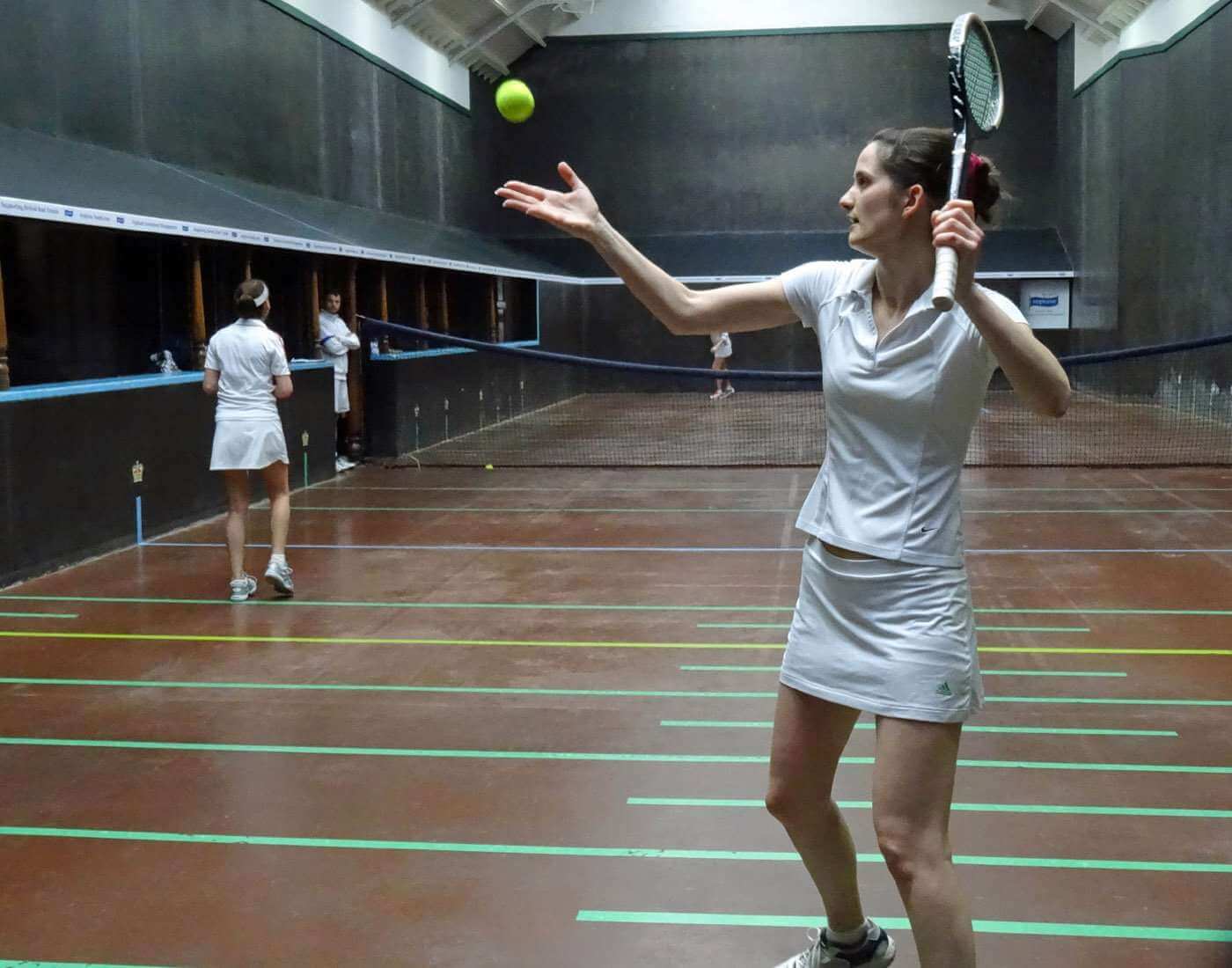 ‘Real Tennis’ one of the several games often called “the sport of kings”, the game is also known as the court tennis in the U.S. or the royal tennis in Australia and England. It is a racket sport that has came from and is almost identical to the tennis game of medieval times jeu de paume (“game of the palm”). The term realm was first introduced by the journalists in the early 20th Century to differentiate the game from the modern lawn tennis. Real tennis is still played till date in the United States, United Kingdom, Australia, and France despite a proved history of the courts presented in Germany the sport eventually died out there during or after the Second World War. Today, the sport is supported and governed by a number of organizations all around the world.

Hit the ball over the net into the opponent’s court in such a way that the opponent cannot return the ball validly.

Real Tennis is played by either two players (one player per side) or by four players as a game of doubles (two players per side).

The net is approximately 5 feet high at the sides and around 3 feet at the center.

Players wear wristbands to wipe perspiration from their face.

Lightweight shoes with wide, flat soles are used that provide stability and support during matches.

Yellow or white-colored balls weighing around 2.5 ounces with a diameter of 2.5 inches are used. It consists of a core made of a cork wrapped in fabric tape with a covering of hand-sewn “Melton” cloth. Real tennis balls are heavier and less bouncy than lawn tennis balls.

A racquet is a sports equipment used in real tennis that has an open hoop tied with a handle frame.

It is the most used shot in tennis as well as in real tennis too as it is the most natural one in which the stroke begins on the dominant side of the body.

The real tennis court is an enclosed four walls court from all the sides. Three of them have sloping roofs, known as penthouses beneath which are several openings from where the spectators watch the game. The court is split into two halves by a net, the side from where the spectators watch the match is the service side while the other one is the hazard side.

Hit the ball over the net into the opponent’s court in such a way that the opponent cannot return the ball validly.