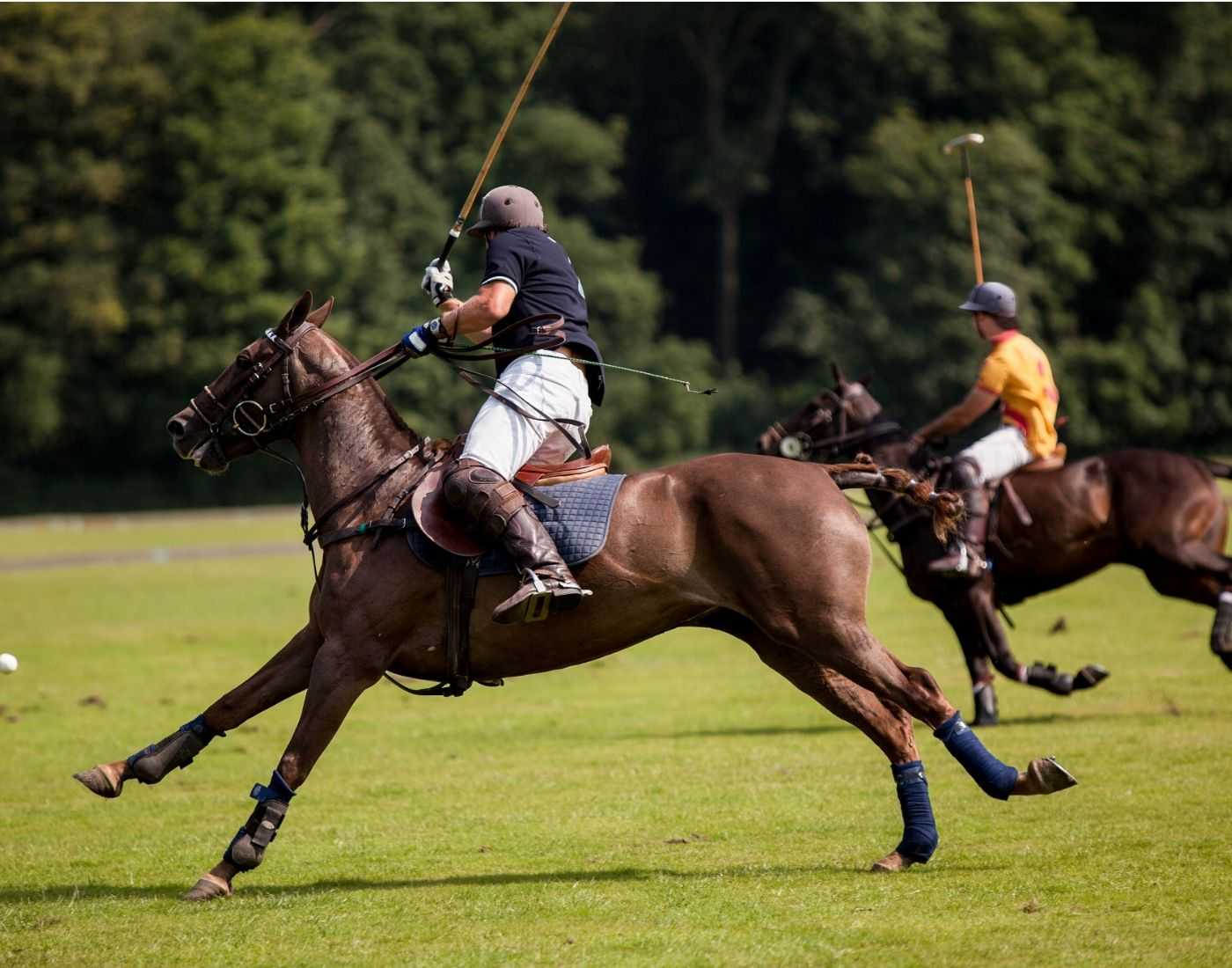 The time periods in which the whole game is divided are known as chukkas (or chukkers). There are six chukkas in most matches and each one lasts for seven and a half minutes of nonstop play. There may be at most 8 chukkas in a game with no extra time. In all games, there is a half-time interval of 5 minutes and a 3 minutes interval between each chukker.

The team scoring most of the goals including the ones awarded for handicap and by penalty, wins the game.

Polo has a handicap system in which two teams of differing abilities have an equal chance of winning the game. The handicap is based on a standard six-chukka match and runs on a scale of -2 to +10 goals with -2 being the lowest and +10 being the top end of the scale. Before the start of the game, the handicap of each player in the team is added to give the overall team handicap. The difference in the total between the two teams is given as a goal advantage to the team with the lower handicap.

Following are the rules of the game:-

Line Of The Ball

If one member of a team commits a foul, one of the umpires may call for a free hit or a penalty hit. Minor fouls are often penalized by a free hit from the 40-yard line or the 60-yard line, depending on the level of the offence. If the foul prevents a player from scoring a goal, the umpire will call for a penalty hit from the 30- yard line. Penalties are usually taken by the most experienced player at number 3, who gallops up to the ball on the line and drives it between the goal posts. The opposing team can’t interfere with play during a penalty hit.