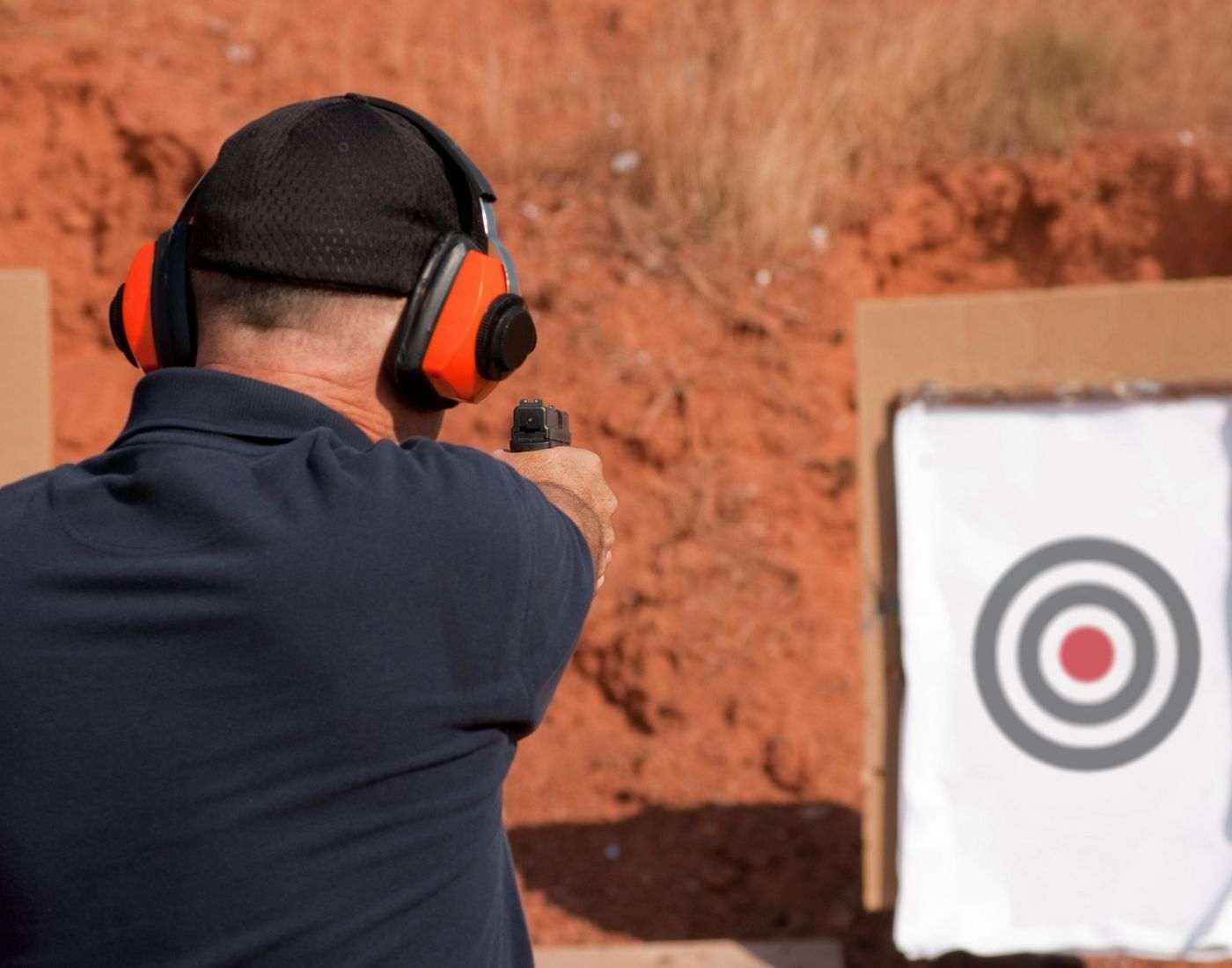 Pistol shooting is a discipline of shooting sport in which shooters in standing position and with one hand fire a pistol at a circular target divided into ten concentric rings, the nearer to the center the shots land, the higher they score as the center (the bull's eye) scores ten. The sport takes place on a shooting range. There are a number of events, which are distinguished by the type of pistol used and the distance at which the shooter stands from the target.

Pistol shooting's roots date back to the first modern Olympics held in 1896 which consists of both rapid-fire target shooting and precision slow-fire event from distances 10, 25 and 50 m. The pistols are unique in its appearance as compared to normal guns and each event has its own pistols designed especially for it.

Both men and women participate in the 10m air pistol event, only women compete in 25m pistol events and all other events (25m rapid fire, 25m center fire, 25m standard pistol and 50m pistol) are for men only.,

Only low-sided shoes without ankle supports are allowed and can be worn during the competition.

In pistol shooting, the glove is used in shooting hand to cushion the hand and improve the performance.

No specific clothing is required, but usually, shooters wear loose-fitting shirts and trousers that do not hinder their movement.

Pistol shooting events take place on a shooting or firing range which is a specialized facility designed for sport's practice. It can be indoor or outdoor where shooters fire at round targets which are normally composed of concentric rings marked with numbers which are the points scored when a shot falls in a ring.

The targets are 10m, 25m and 50m away from the shooters, depending on the event.