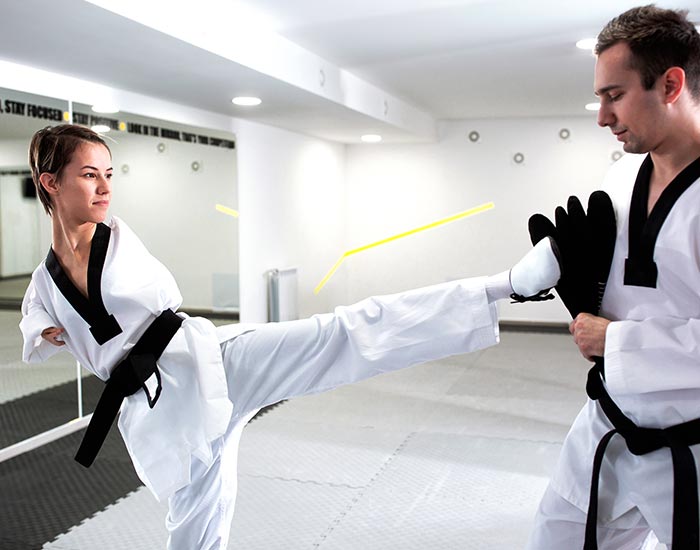 Para taekwondo is a variation of the sports Taekwondo which is a Korean martial art that is practiced in more than 200 countries all around the world. The sport has been introduced for the athletes with disability. The term Para- taekwondo refers to special type of sport that incorporates rules for conducting fair competitions among the athletes with impairments. The International Taekwondo Federation is the official governing body that organizes the world level competitions of Para-Taekwondo and similarly looks after all the rules and regulation of the same as per the said norms and the sport is going to be inducted in Paralympics from 2020.

The WT established the Para-Taekwondo Committee in 2006 to help advance and promote taekwondo for competitors with physical disabilities. At first, Para-Taekwondo focused on creating 'kyorugi' (competing) for arm amputee and other limb inefficient competitors.

Following the group's suggestions, it was chosen to grow and expand Para-Taekwondo and to make overall rivalries accessible to all competitors despite their disabilities. Poomsae was picked to be incorporated into competitions for competitors with Neurological Impairments, Intellectual Impairments (II) or Visually Impaired (VI).

The WT turned into an IPC perceived International Federation in October 2013.

The terms Poomsae, teul and hyeong are all referred to the Taekwondo forms or patterns.

Two participants of the same gender compete against each other.

Para taekwondo athletes wear the same uniforms and protective gears as the able-bodied ones do.

For Poomsae competition there are usually three judges and a referee. The referee is the only one who interacts with the athletes whereas the judges sit in a line along one edge of the ring, near the score-keeping table.

Following are the duties of the referee:-

The referee has following duties to perform in the Kyurogi competition:-