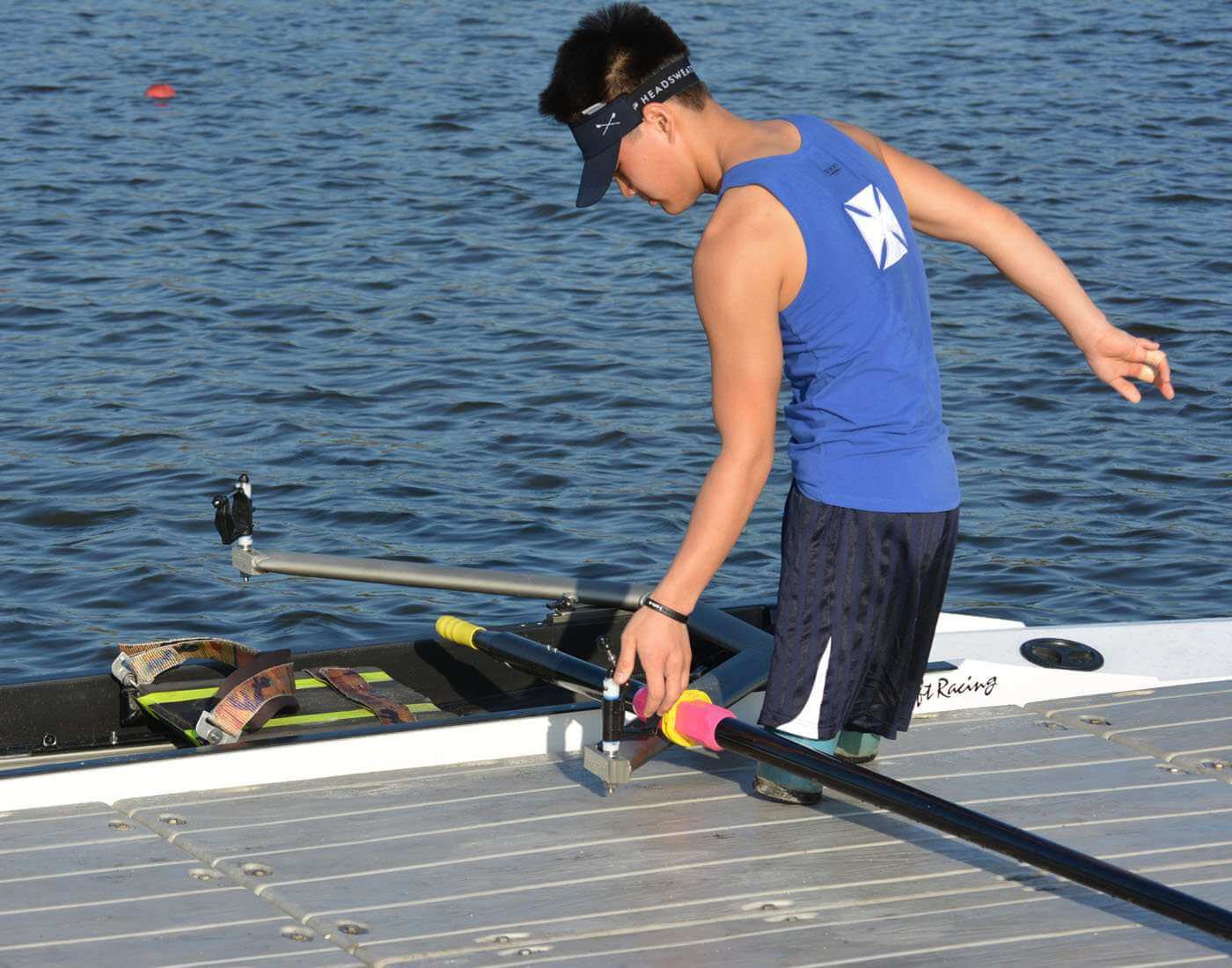 Para-rowing is an adaptation of rowing for athletes with disabilities. In this sport, rowers race on flat water over 1000 meters course in boats which vary in length as well as crew size. The first boat which crosses the finish line is declared the winner. Para-rowing was originally known as adaptive rowing and the first race was held in 2002 at the World Rowing Championships in Seville. The sport made its debut at the Paralympics in 2008 at Beijing Games. According to World Rowing, para-rowing is currently categorized into five events: AS men’s single sculls, AS women’s single sculls, TA mixed double sculls, LTA mixed double sculls and LTA mixed coxed four (including two male and two female rowers and the cox can be of any gender and is not required to have any impairment).

Various changes were made to the vessel with the improvement of a hinge system to keep rowers from getting tired. Visually impaired rowers utilised indistinguishable pontoons amid the 1980s from their capable partners; however, they were guided on the course by a referee.

Blind rowers were likewise urged to be in vessels with visually abled rowers, with the visually impaired rowers filling in as the stroke and the cox giving unique consideration to support the blinder rower. The categorisation was not something created in France in this period as there was attention on coordinating these visually impaired rowers into the regular rowing community.

Para-rowing in the Netherlands started in 1979 with the establishing of Stichting Roeivalidatie. There was no accentuation on grouping/classification at an early stage, yet instead in incorporating para-rowing with regular rowing within rowing clubs. Endeavours were then made to redo hardware to suit an individual rower's particular needs according to their disability.

Para-rowing in the United States started in 1981 with the sailboat being the pontoon previously utilised by rowers with a disability. By 1991, a classification system was set up for local rivalries, yet it was still being worked on. Numerous para-rowers likewise contended with their physically fit partners amid this period.

Para-rowing competitions started in Australia in 1988. The main FISA perceived para-rowing World Cup event occurred in 1991 and was held in the Netherlands.

The Rowing Council did the early administration of the game in Australia with support from the Australian Rowing Association. The initial classification was restricted as a result of the set number of rowers. And hence, there were only two classes: fixed seats and sliding seats.

In 1991 in Great Britain, para-rowing was not a huge concern. Paddling and Rowing clubs attempted to completely coordinate rowers with incapacities into customary/regular club races.

By 1991, a global classification framework was developed. This initial framework called the Functional Classification System was not globally settled upon since it was not seen as entirely reasonable as it didn't think about rower disability and right occasions dependent on that. At this time, there was likewise talk about whether classes ought to be made for rowers with mental disabilities. In 1992, the International Paralympic Committee formally assumed responsibility for administration for this para sport.

Male and female rowers compete individually or in teams of two or four rowers (excluding the coxswain) in various events.

Chest and knee wraps must be used by AS rowers and additional postural straps can also be used.

Uniform for para-rowing (Adaptive-rowing) is same as that used in the sport of rowing.

Stabilizing Pontoons are mandatory to be used for AS boats and are optional for TA, LTA and II boats.

Blindfolds are used to block out all light and are mandatory for all LTA-VI athletes. Blindfolds, ski goggles, swimming goggles and motor bike goggles blacked out with black paint are also acceptable.

Standard rowing boats are used in para-rowing with a fixed seat for class PR2 (TA - Trunk and Arms). For class PR1 (AS - Arms and Shoulders), boats have fixed seat and rowers are strapped at upper chest level to allow only shoulder and arm movements.

Para-rowing races take place over a straight course of 1000m rather than 2000m which is the standard Olympic distance.

The referee is the primary judge who judges the proceedings of the race. He/she may be assisted by additional referees if required.

Starter And The Judge Of The Start

Ensures that the correct starting procedure is followed and checks for the false starts.

Responsible for the proper conduct of the race and ensures the safety of the rowers.

Responsible for maintaining an order of the boats in which they reached the finish line and hence for determining the winners.

A jury consisting of the chief referee and four other officials decide about any protests.