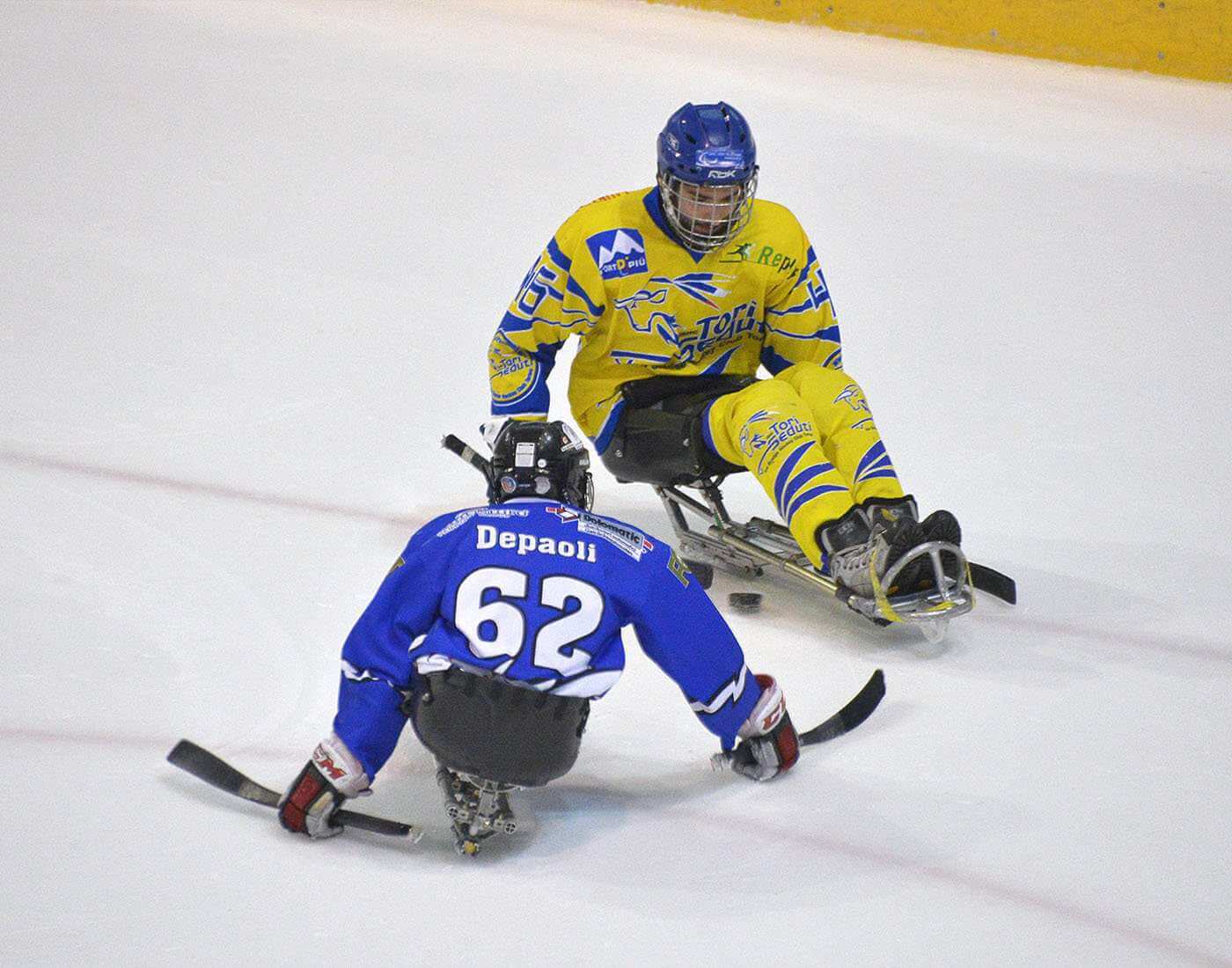 Para ice hockey also termed as Ice Sledge Hockey is a team sport for athletes with a physical disability. The game was evolved in the 1960s in Sweden at a rehabilitation center. Today, it is the most popular sport amongst the para-athletes as well as in the winter Paralympics games. The sledge was designed by two men from Sweden as they wanted to continue playing ice hockey despite their physical disability. The sledge is made of two skate blades that are affixed below a metal frame and has enough space for the puck to pass from beneath. Para ice hockey is practiced in many countries around the world.

An immediate relative of ice hockey, Para ice hockey was formed in a rehab centre at Stockholm, Sweden, amid the mid-1960s by a group of Swedes who, in spite of their physical weakness, needed to keep playing hockey. The men altered a metal frame sledge with two standard ice hockey skate blades that enabled the puck to go underneath. Utilising round shafts with bicycle handles for sticks, the men played with no goaltenders on a lake south of Stockholm.

The game got on and, by 1969, Stockholm had a five-group league that included players with a physical impedance and as well as capable players.

That equivalent year, Stockholm facilitated the first global Para ice hockey match between a neighbourhood club group and one from Oslo, Norway.

Para ice hockey did not turn into a formal occasion until the Lillehammer 1994 Paralympic Winter Games.

Para ice hockey is played by two teams of six players including a goalkeeper in each side along with substitutions for both, the players as well as the goalie which can be taken anytime during play or stoppage time. The sport is played by both the male and female counterparts with a physical impairment in the lower part of the body with separate events for the genders.

The positions at which the players play is as under:-

Goalies wear the same equipment but with some modifications to the glove. The metal picks are attached to the backside of the glove allowing the goalie to maneuver.

Inspite of one, the players use two hockey sticks for propulsion, passing and shooting. The sticks may be up to 100 cm long but generally range between 75-95 cm and are made of wood, aluminum, or composite materials. The sticks consist of metal picks on one end for players to propel themselves. The players who do not have a complete grip on the stick have an option to secure the stick to their hands so that they may also play the same way.

The sledges are made of light-gauge aluminium with a customized basin in there to sit in. It also has a backrest which can be used as per the moving ability of the athlete. The frame of the sledge supports the legs and feet, and is affixed on two skate blades which are attached under the bucket while the straps tied around the waist of the player keeps him safe and secure so that he does not fall off from the sledge.

The player must be very quick and accurate while shooting and passing the puck while scoring a goal while making most out of the team’s offense.

The ice rink measures a maximum of 61m by 30m and a minimum of 56m by 26m with rounded corners in the arc of a circle along with the radius of 7 to 8.5m. The rink is divided into three parts by 30cm wide one red line in the centre and two blue lines. A red line known as the center line, divides the rink in to two halves whereas the blue lines further subdivide the rink. They all are 30cm wide. A goal post is placed at both the ends in the center of the goal line which measures 5cm in width.

Duties of the referee:-

Following are the duties of the linesmen:-

The time-keeper shall carry out the following duties:-

He reviews the video in case of disputed goal as requested by the referee and gives appropriate decision.