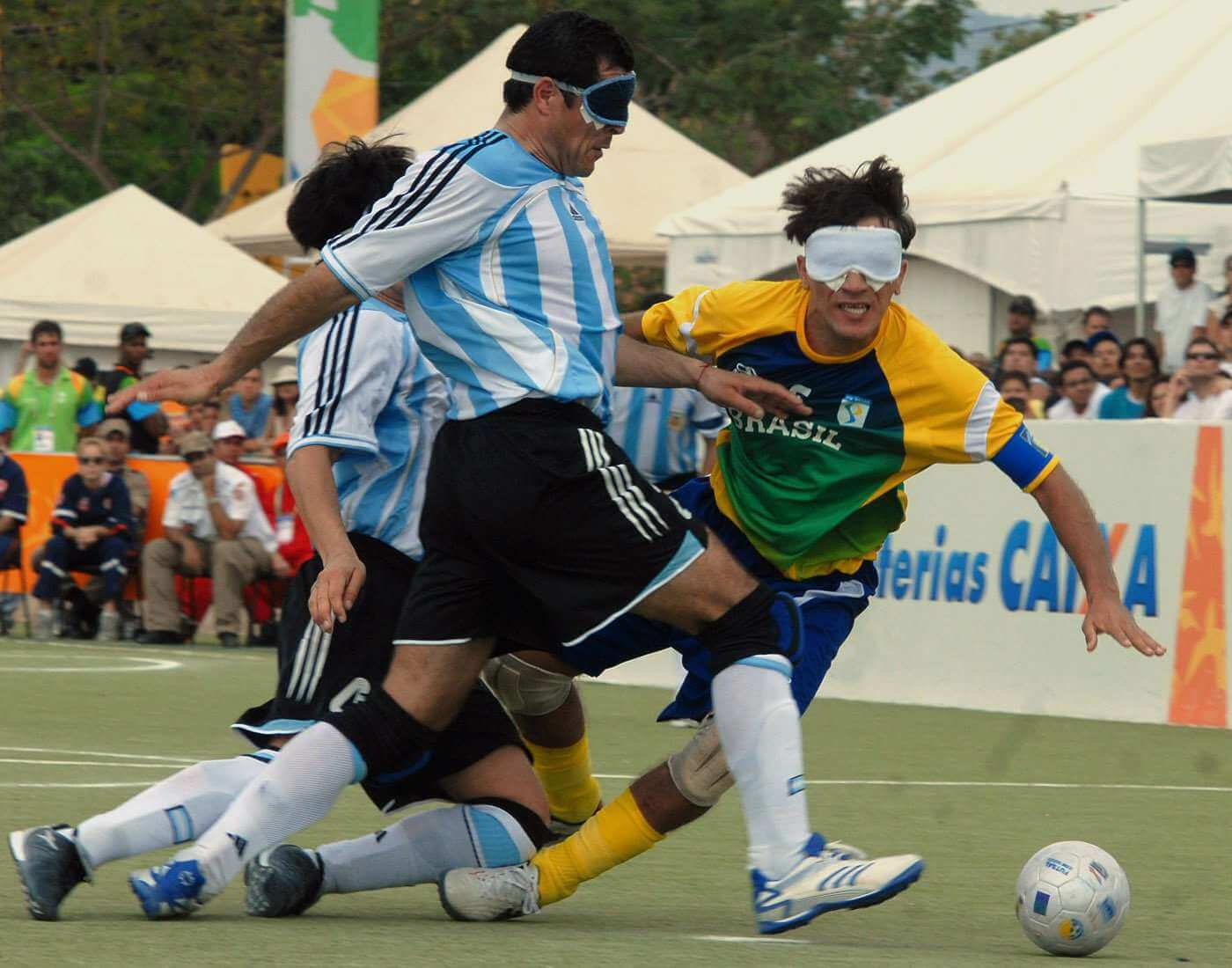 Para-Association Football (Para-Soccer) is an adaptation of soccer for athletes with disabilities. The sport is divided into two main categories: five-a-side football (blind football) and seven-a-side football (Cerebral palsy football).

Uniform, other equipment, and protective gears used in Para-soccer are same as those used in the sport of Soccer.

All the players of five-a-side football except the goalkeepers of both the teams must wear eyeshades to ensure fair competition.

The ball used in blind football is equipped with a noise-making device which allows players to locate it with its sound.