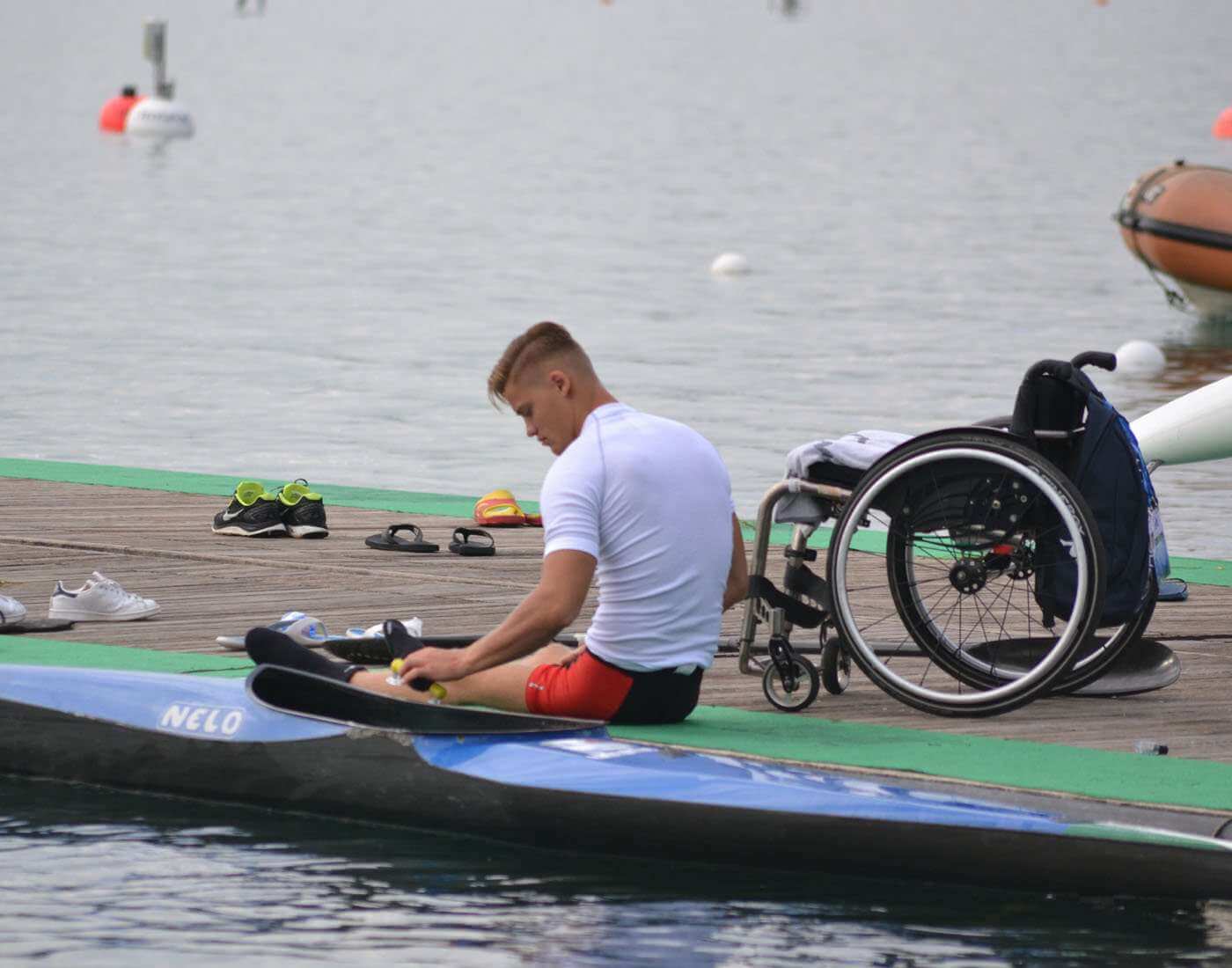 Para-canoe is a flat water sporting discipline for the paddlers with impairment. The sport made its debut in 2016 at the Rio Olympics. It is same as that of the able-bodied discipline but has been specially made keeping in mind the requirements of para-athletes. Para-canoe is contested on two types of boats: kayak (K) and va’a (V), where the kayak is propelled by two bladed paddles and the latter is propelled with a single bladed paddle.

Va’a is an outrigger canoe which has an ama (second pontoon) which acts as a support float for the boat. It is a young sport which has recently come into the limelight as the ICF along with the IVF (International Va Federation) came upon with the idea of encouraging the para talents in this sport as well and included the same with the able-bodied competitions.

To complete the given distance within the minimum possible time than the other paddlers.

The race was highlighted with just an exhibition status while utilising the name paddleability at the 2009 Canoe Sprint World Championships held at Dartmouth, NS, Canada, and was given official status as Para canoe at the next year's edition in Poznan, Poland. Later in 2010, the International Paralympic Committee (IPC) reported at a meeting in Guangzhou, the People's Republic of China, that Para canoe would make its introduction at the Paralympic Games in 2016 in Rio de Janeiro.

The Events Are Organized In The Following Manner:-

The boat is raced against each other on the kayaks by both men and women in the specified classes.

There are two main types of paracanoe boats used in the sport; kayaks (K), with a double-blade paddle, and an outrigger canoes known as  va'as (V) where the paddler has a second hull as a support float and uses a single blade paddle with a T-top handle.

The boat is raced over a distance of 200 m on a flat water body.

His duty is to decide all the matters arising during the actual competition, which is not dealt with in the framed rules.

Cooperates closely with the chief official and the Competition Manager also handles the admin tasks of the competition.

Maintains a constant contact with the organizers of the competition so as to solve any problem which has arisen out in due course.

They will only allow those athletes to compete at the race, whose identification has been permitted and whose boat, equipment, starting number, clothing, and body number adhere to the rules.

Responsible for decisions as to false starts.

His duty is to bring the boats at the starting point with the least possible delay in time.

Shall look after that the races are being conducted within the rules and laws of the sport. If broken, shall immediately report the infraction to the Competition Committee.

To complete the given distance within the minimum possible time than the other paddlers.