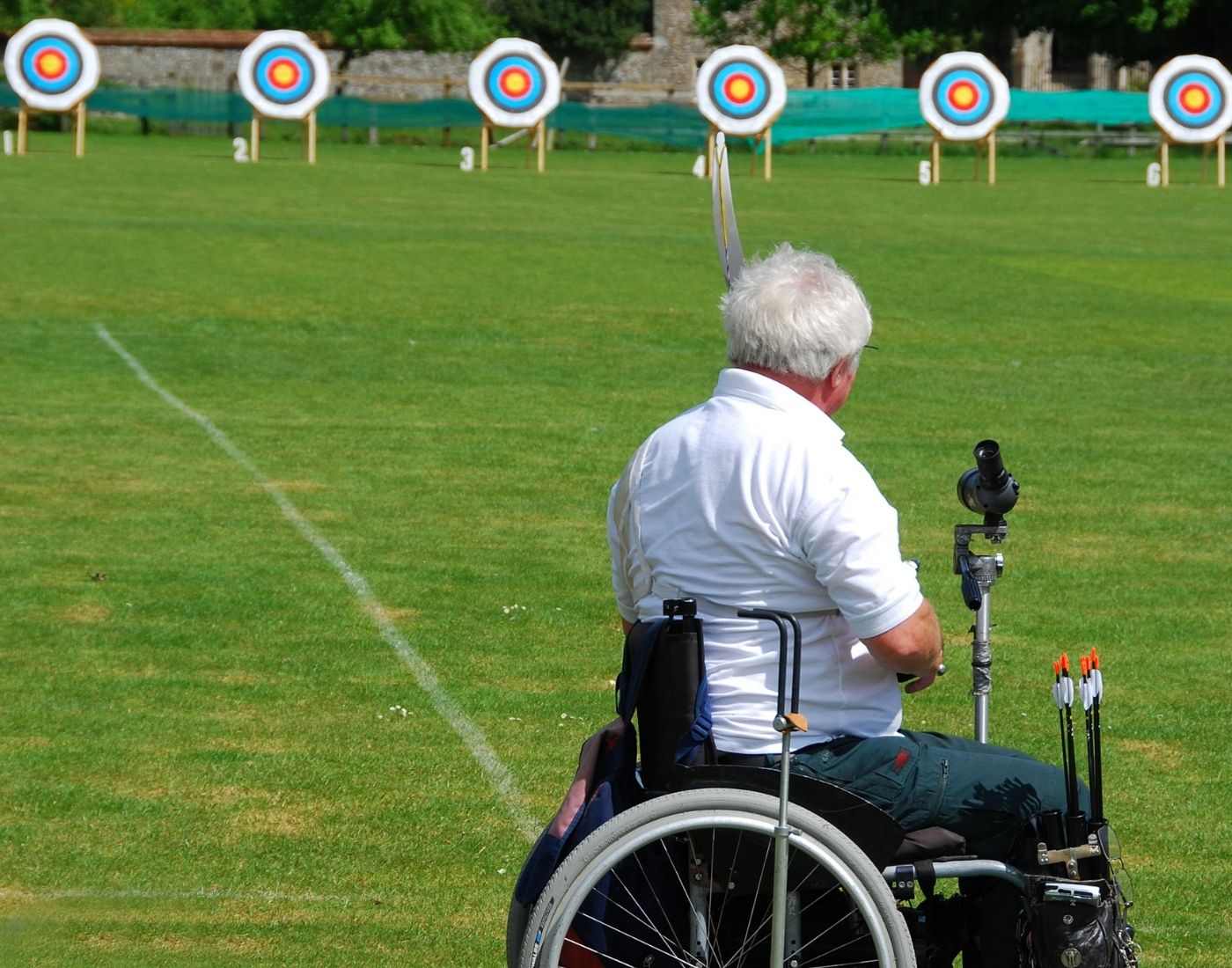 Para-archery is the variation of the sports archery for the athletes with physical impairment. The sport was first held at Stoke Mandeville Hospital for recovering veterans in the year 1947. Over the years the sport gained popularity among the athletes of different nations and thus it became one of the Paralympics Events. Para-archery was first displayed at the para games in Rome, 1960. Since 2009, World Archery is the official governing body of the sport that organizes international games and is also responsible for spreading the sport all around the globe. Prior to this International Para Archery was organized by the International Paralympics-Committee which looked after the rules and regulations for the sport.

The main goal of the sport is to shoot arrows at the target accurately with a diameter of 122cm marked with 10 concentric rings.

Both men and women participate.

There are separate & mixed team competitions for both the genders.

Male and female athletes with physical disabilities (defined as per the IPC) can compete in the following divisions:-

Uniform, protective gears and most of the equipment used in para-archery are same as those used in archery for able-bodied athletes.

The wheelchair archery athletes use seat and back cushions with specifications on the thickness of the cushions. Generally, the back cushions are of 5 cm and seat cushions of 15 cm in thickness.
Another equipment used include chest straps, and universal cuffs to help in holding the bow, bow sling, amputee adapter device, and an adapted archery bow.

Paralympic archers use a recurve bow which can be made of wood, fiberglass, graphite or carbon composites. The arrows are either of aluminum or carbon graphite.

Some techniques may vary but there are general techniques that every archer practices they are as follows:-

Proper Stance- Line-up, so that the feet or the stool or wheelchair on which the athlete is sitting or standing must be in a line towards the target.

Grip the string- The grip must be loose. Typically, fingers are used to hold the string but the archers with amputation of the hand hold it with the help of their mouth or any aid that is permitted.

Draw the bow- Raise the bow and then draw it.

The distance between the standing point and the target is same as for the able-bodied athletes i.e. 70 meters with the exception for visually impaired division.

They are the technical officials in the sport of archery who are responsible for fair competition in the field. Fair performance of athletes and fair conduct of the competition are also the duties of the judges that they need to take care of.

The goal of the sport is to shoot arrows at the target accurately with a diameter of 122cm marked with 10 concentric rings.