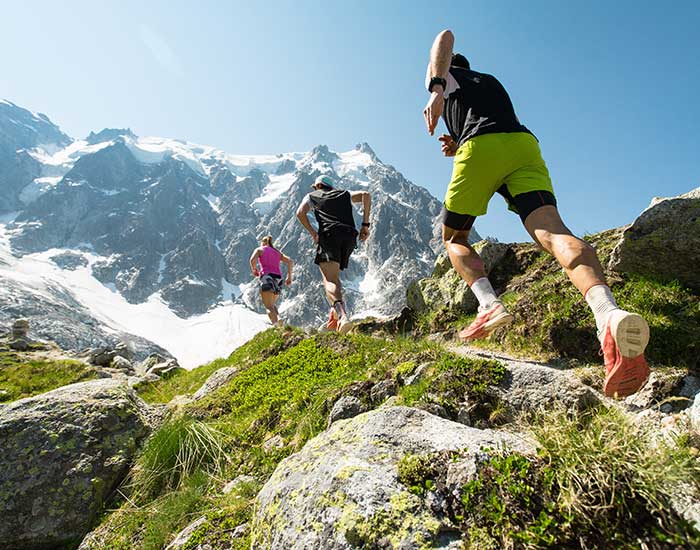 Mountain Running also known as fell running or hill running is a discipline of athletics which is based the on time factor and takes place off the road, over a variety of distance, ascent, descent and terrain which makes the sport so fascinating. These races cover a range of distances and vary from short 15-minute runs to long several hours treks over mountain paths. The WMRA, the International Committee of the sport was born in 1984 and organized the first World Trophy in 1985. However, local level competitions like Ben Nevis in Scotland are held regularly since 1937.

These events take place over mountain courses having ascent and descent both with a start and finish at the same level.

These events take place over courses having considerable amount of ascents only.

If an athlete shortens the distance to be covered while going off the marked course, he/she would be disqualified.

At the start, the members of each team should be lined up behind each other.

Team’s finishing order and the scores are determined by combining the top three individual finishing positions of each team/country in which the team with the smallest cumulative total wins.

Responsible for deciding the order in which athletes finish the race based on their finish time and scores.

Responsible for recording the times of the athletes.